Looking back at how we covered one of the most turbulent years in modern history. 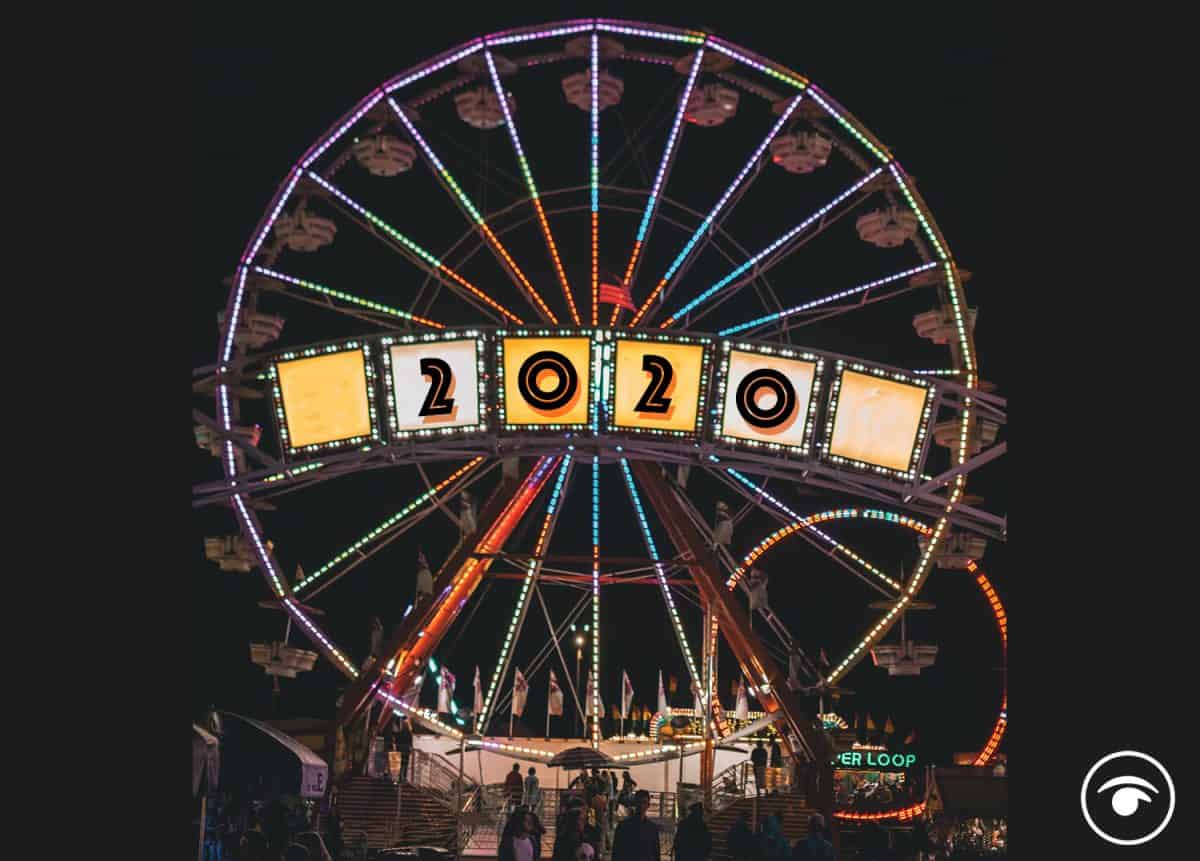 It should have been clear in the aftermath of a general election which saw the prime minister-to-be hide in a fridge to evade media scrutiny that we were in for a rough ride. As we put it at the time, it is simply not reasonable to expect someone who lied and cheated their way into power to act in the best interest of the country as a whole. But few could have foreseen how deeply devastating the consequences would be when that leader is put up against a global crisis.

On 23rd March 2020, following weeks of dithering and delay, the UK was finally put into lockdown as the scale of the coronavirus crisis became clear. “We have to take the right steps at the right time,” was the message the government tended to repeat, often telling people to wash their hands to the tune of ‘happy birthday’ instead. But notions that they were being “led by the science” were quickly discredited, often by the scientists themselves. What was more likely is that they were being led by an unelected bureaucrat who pushed a strategy of “herd immunity” to protect the economy. “If that means some pensioners die, too bad”, he was reported to have said.

And if Dominic Cummings’ attitude towards the most vulnerable in society was lax, his regard for the rules brought into protect them was even more so. Just weeks after the country was told to stay at home, isolate and avoid all “non-essential” travel he drove 260 miles to Durham with his family after testing positive for Covid-19, even fitting in a trip to Barnard Castle to “test out his eyesight”. The effects of his actions, along with his bosses moves to defend them, almost “single-handedly destroyed” the UK’s lockdown, Piers Morgan would say shortly after as “complete compliance” of government recommendations fell by 20 per cent. The Daily Star seemed to sum up the pubic’s attitude by printing a free “do whatever the hell you want and sod everybody else” mask of Cummings’ face, a picture which they would come to recycle on numerous other occasions.

A lesson in how to do it right

But while bumbling Boris and his rogue chief aide were setting an example of how not to handle a crisis, other countries were setting out ways of how to do it right.

Not content with ‘flattening the curve’ or mitigating the spread of the disease, New Zealand’s prime minister Jacinda Ardern moved swiftly to completely rid the country of coronavirus by imposing strict measures enforced with clear leadership. Within weeks the first ‘spike’ of around 1,500 cases and 19 deaths had been wiped out, with border controls, contact tracing and testing all already in place by the time the second wave came, allowing them to “beat the virus” once again.

Her triumph in leadership was not unparalleled. Under the stewardship of Angela Merkel Germany was able to get ahead of the virus by deploying a mass national roll out of a contact tracing programme. As James Melville wrote here, by the time the country recorded its first case of Covid-19 laboratories across the country had already built up a stock of test kits. “Germany were ready” and they acted with haste, hence why their fatalities are around a third of the UK’s in a country of almost 20 million more people.

Testing and tracing was also responsible for the low number of deaths in places such as Vietnam, where just 35 people have perished. As the World Economic Forum notes, the Southeast Asian country implemented health checks at airports from January 11th, with confirmed cases quarantined for 14 days. They also rolled out extensive contact tracing thanks to “the rapid mobilisation of health professionals, public security personnel, the military, and civil servants“, and created a mobile app within days.

Denmark, South Korea, Iceland, Taiwan, Portugal, Norway and Finland were also among the countries which managed to curb the spread of coronavirus, while the US and Brazil joined the UK in letting it rip through the country. We put the spotlight on the populist vs progressive response here, and looked at what happened to the ‘libertarian’s promised land’ here. Meanwhile in the UK, the borders remain open, the government seems to change its mind on a daily basis and as Sir David King said, no one talks about test and trace system anymore.

Yet these are by no means the most disappointing aspects of this administration, which has also presided over the worst economic fallout of all G20 nations, FYI.

The most disappointing aspect is how they have used the crisis as an excuse to line the pockets of their donors and those with links to the party when the rest of the country has suffered job losses, severe market restrictions and, in the end, will probably pay for the increased fiscal outlay. As T.J. Coles wrote here, there was a time when corruption would bring down politicians, but today it has become a business model, their modus operandi, with hundreds of millions of pounds of taxpayer cash handed out to dubious companies without bidding.

Indeed, such is the prevalence of the corruption that an online map was set up showing the scores of government contracts handed to political donors, family members and employers. ‘My Little Crony’ uses reporting from the Byline Times, openDemocracy and other outlets to visually reveal what it calls the ‘scale of cronyism’ in Number 10. The resource was put to Jacob Rees-Mogg in parliament by Valerie Vaz, who told him it was “well worth a look”. Needless to say, he clearly gave it a wide berth.

Yet weeks later the leader of the House of Commons did take issue with another development which had made its way into the chambers after it was revealed that UNICEF would help feed British kids for the first time in history. Following successful campaigns by Marcus Rashford to have the free school meal programme extended over holidays you might have thought Mr Rees-Mogg, the good Christian he is, would have been delighted that food parcels will be received by those in need, providing enough sustenance for ten breakfasts across the Christmas holidays. As it was he said they should be “ashamed” for “playing politics”, dubbing it a “real scandal”.

But in this, the most testing of years, we must remember that it is the actions of charities, celebrities and scores of businesses and people who have helped get us through the worst and given us reason to feel optimistic. We ran five to donate five, watched Sir Tom Moore walk 100 lengths of his garden and banged on pots and pans to help get our wonderful NHS through the crisis, and when the threat of hunger became apparent, scores of local businesses assembled food packages for the most vulnerable, inspired by the actions of Mr Rashford.

Early next year we will continue to see the roll-out of vaccines which will, in time, help return life back to normal. Donald Trump will have been booted out of the White House kicking and screaming and, if the rumours are to be believed, so might Boris Johnson. As for The London Economic, we will continue to champion progressive, liberal and inclusive viewpoints at a time when the media landscape is veering dangerously to the right, reclaiming lost ground from the moguls and millionaires that have divided the nation with a brazen narrative that favours their own interests.

With your help, we can help bring about a better 2021 and a fairer society for all.