Last year the former Labour leader promised to eradicate food bank use if he was elected. 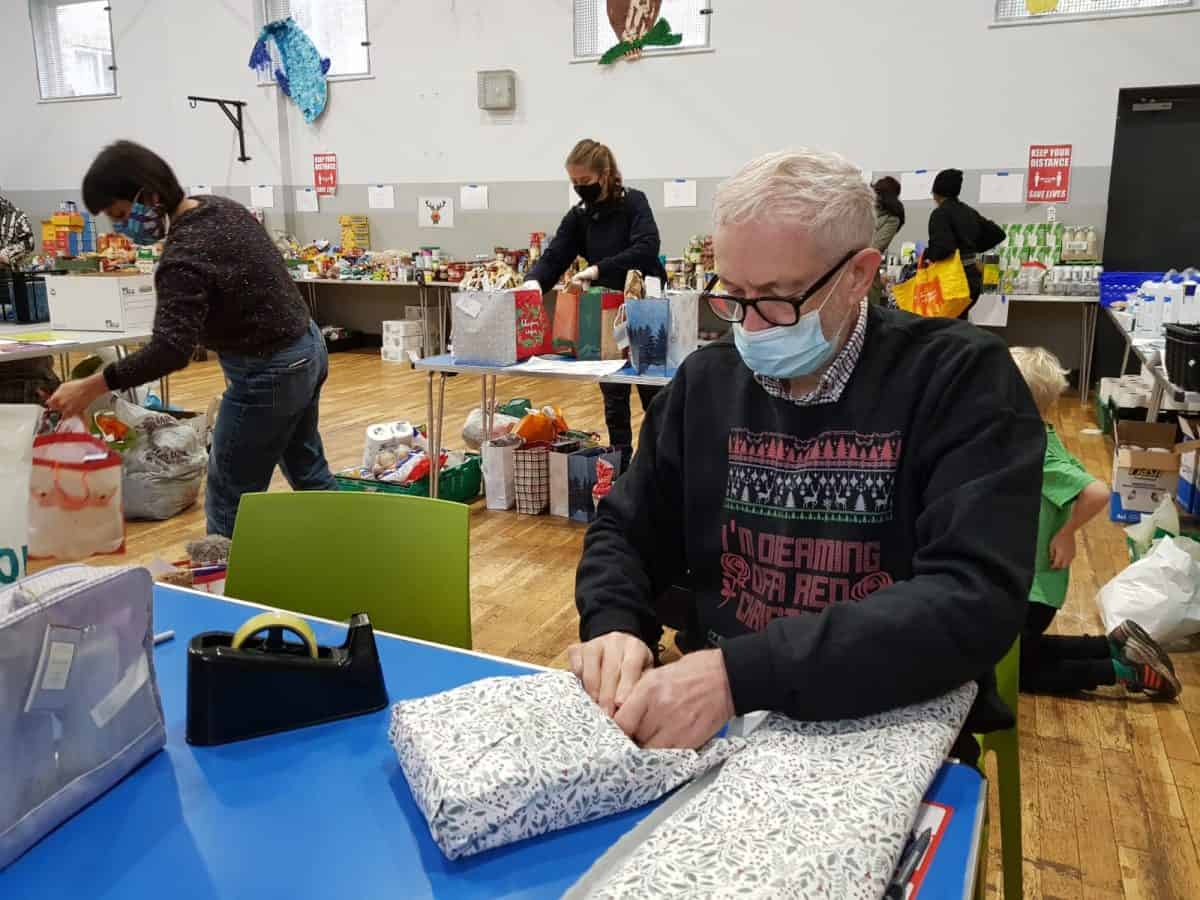 Jeremy Corbyn headed down to his local food bank to wrap presents for vulnerable children this Christmas.

The former Labour leader chipped in at Elizabeth House in Highbury and urged people to donate food and presents to make sure no one goes without this year.

Amazing work from volunteers at @EH_Highbury, with people helping to both provide presents for local children and support food banks.

Hundreds of thousands will rely on food banks for their Christmas dinner this year.

It comes a year on from the general election which saw Boris Johnson secure a landslide victory on promises to ‘get Brexit done’.

He defeated one of the most ambitious Labour manifesto in generations which included promises to eradicate food bank use, rough sleeping and in-work poverty in Britain.

Corbyn told supporters that his administration should be “judged whether it changes people’s lives for the better after five years.”