In the past, corruption brought down politicians. But today, it’s a business model. 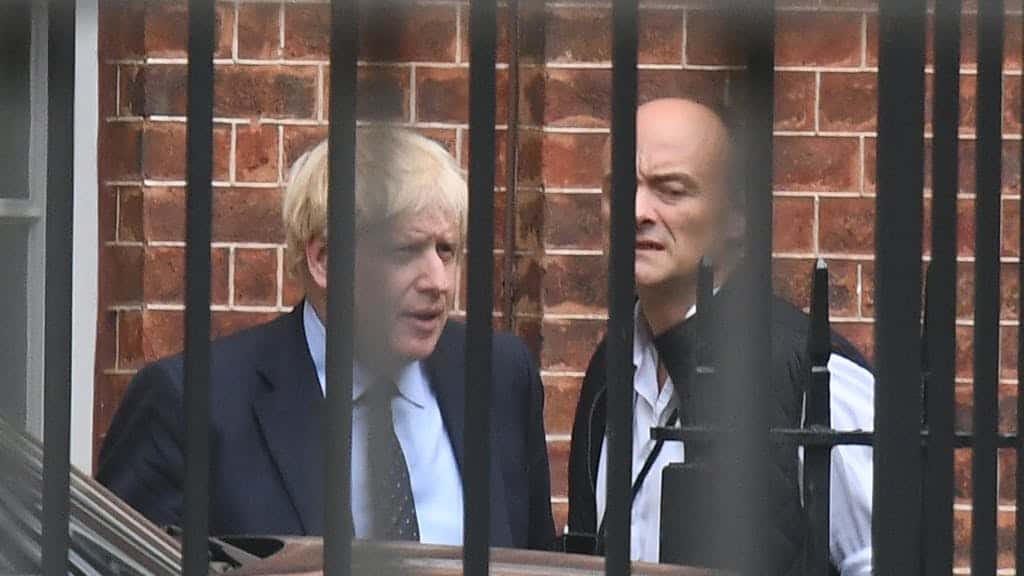 But this time, it’s different. We’re in a pandemic and lives are at stake. Instead of awarding contracts to experienced and reliable public companies, the government is looting the Treasury and awarding its donors. It is doing so with almost no accountability or oversight.

In 2009, New Labour established a PPE stockpiling system, but the Tories left it to rot. In June 2019, the government’s New and Emerging Respiratory Virus Threats Advisory Group warned that stockpiles needed replenishing. The warnings were ignored. Beginning March this year, the government downgraded guidance on flu vaccine administration, hospital gowns, and masks instead of comprehensively dealing with shortages.

Since then, the UK has spent more on PPE than any other European country, yet with 60k dead it has by far the highest death-toll, both overall and one of the highest per capita. In Europe, over 60 percent of PPE contracts were awarded to companies without bidding (untendered). But in the UK, the figure is over 70 percent.

So, with PPE standards downgraded, to whom were the contracts awarded? Tory chums, mainly. Anthony Page, for example, quit his role managing business for the Tory peer Michelle Mone reportedly to set up a new company, based on the Isle of Man, called PPE Medpro. It was awarded £122m by the Tories without tender.

By September, an estimated £364m-worth of public money had been handed to Tory-linked corporations, some of them new microbusinesses with no PPE procurement expertise, without bids or competition. These include: £1.3m to Clipper Logistics (owned by Tory donor Steve Parkin); £93.8m to the healthcare provider and Tory donor, Globus (Shetland); £148m to Meller Designs (a beauty product supplier owned by Tory donor, David Meller); and over £120m to P14 Medical (owned by Tory councillor, Steve Dechan).

Apart from the moral question of giving untendered contracts to donors and party members, there is the issue of safety. There have been no complaints about any of the above companies, but consider the Ayanda Capital fiasco.

Andrew Mills of the microbusiness Prospermill advised the government’s Board of Trade. He also advised the finance firm Ayanda Capital, which is allegedly owned by a Mauritius-based tax-haven, Milo Investments. Prospermill had no PPE procurement experience, yet in April it registered on the Govt. Portal as a preferred PPE supplier. A lawsuit alleges that Prospermill sought financing from Ayanda Capital and that Mills allegedly requested that the government award an untendered contract to Ayanda to supply the Department of Health and Social Care with £252 million-worth of PPE, including FFP2 and IIR masks for frontline NHS workers.

In early-May, mask guidelines were downgraded to allow FFP2 usage in what the government describes as “a pragmatic approach for times of severe shortage of respiratory protective equipment.” However, in August the government confirmed that 50 million of the FFP2 masks provided by Ayanda-Prospermill, would not be used because they potentially fall below safety standards; a claim strenuously denied by Ayanda. The 150 million IIR masks were delivered, but by August had still not been distributed.

If the government had issued contracts to experienced suppliers, this would not have happened and NHS staff would have been protected.

Until recently, Public Health England guidelines required blanket single-use gloves and aprons for staff administering flu vaccines. But in August with flu season on the way, the government downgraded guidelines to single-use only in specific circumstances. GP Dr. Fay Wilson says that the scheme is “just about saving money … You might as well wear a clove garlic around your neck.” By September, the UK had the third highest health worker death-rate in the world (649 people) after Mexico and the US: a worse record than Brazil, Russia, India, and South Africa.

The apps that weren’t

In terms of safety, consider the importance of track and trace. Track and trace is vital to reducing pandemics. In Japan, contact-tracers went door-to-door, without the need for hi-tech; as did GPs and police in Kerala State, India: both of which were successful in terms of limiting their overall and per capita death-tolls. In South Korea, the most internet-connected nation, track-and-trace was done with hi-tech apps. The UK had neither.

Instead, app contracts were awarded to companies connected to PM Johnson’s Svengali, Dominic Cummings, under a programme run by the Tory peer, Baroness Dido Harding. Arguably, lives were put in danger and the virus spread further because the apps didn’t work, didn’t work properly, or were not ready in time.

According to her biography, Harding is married to a Tory MP and chairs NHS Improvement. She has worked at high levels for the Bank of England, Sainsburys, Tesco, and TalkTalk. Harding was appointed chair of NHS Test and Trace, which pioneered the NHSX app, NHSCOVID-19. Johnson and Cummings swept to power promising to strip away one of the layers that prevents No. 10 from having total power: the civil service. In an apparent breach of the civil service code and in addition her other roles, Harding was appointed chair of the National Institute for Health Protection, which replaces Public Health England.

During his time at Vote Leave, Cummings hired Faculty AI, an analytics firm founded by Dr. Marc Warner, who later attended the government’s SAGE group on COVID, both with his brother Dr. Ben and Cummings. Dr. Ben was No. 10’s digital advisor.

Faculty AI worked on R&D for what became the NHSCOVID-19 app. The app was trialled on the Isle of Wight and broke from the successful Apple and Google centralised models. Instead, it attempted to rely on Bluetooth networking. But it didn’t work on Apple iOS 11 or Android 8. Contact-tracers complained of being unable to log into the website and of feeling guilty for getting government money for doing nothing. The app was abandoned and further attempts in August and September also failed.

Faculty was also awarded a contract as part of a Tory data-mining project, supposedly undertaken to inform NHS England’s COVID policy. Other contracts went to foreign companies: Amazon Web Services, Google, and Microsoft. Arguably the most disturbing is Palantir Technology UK, the British offshoot of billionaire Peter Thiel’s project, which was bankrolled by the US Central Intelligence Agency’s venture capital firm, In-Q-Tel. It remains unclear how the work of these companies influenced the government’s COVID policy.

Hanbury Strategy, a PR company co-founded by another Cummings colleague, Paul Stephenson of Vote Leave, won a £640,000 untendered contract to research COVID-related public attitudes and behaviours. The Public First opinion surveyor was awarded an £840,000 untendered contract to assess perceptions of the government’s handling of the crisis. It is run by Cummings’s long-time associate, James Frayne, and former Michael Gove advisor, Rachel Wolf. It was revealed that part of their work related to Brexit and not entirely to COVID. The PR firm, Topham Guerin, which many say helped the Tories lie their way to victory in the 2019 general election, was given £3m to work on COVID messaging.

With a significant Parliamentary majority and, until recently, a high public approval rating, the Johnson government has free rein to do almost anything it wishes. As the sorely-missed ex-Speaker and reformed Tory, John Bercow, puts it: “This is a government that doesn’t believe in accountability. It simply doesn’t.”

But all is not lost. Labour’s Debbie Abrahams, the Green’s Caroline Lucas, and the Lib Dem’s Layla Moran have joined Jolyon Maugham QC’s Good Law Project to sue  the government over some of the alleged, prima facie corruption documented in this article. Projects such as these, plus the combination of public pressure and the newfound strong opposition from the Labour party, can counterbalance unchecked Tory rule.