Not content with ‘flattening the curve’ or mitigating the spread of the disease, Jacinda Ardern moved to completely clear New Zealand of coronavirus. 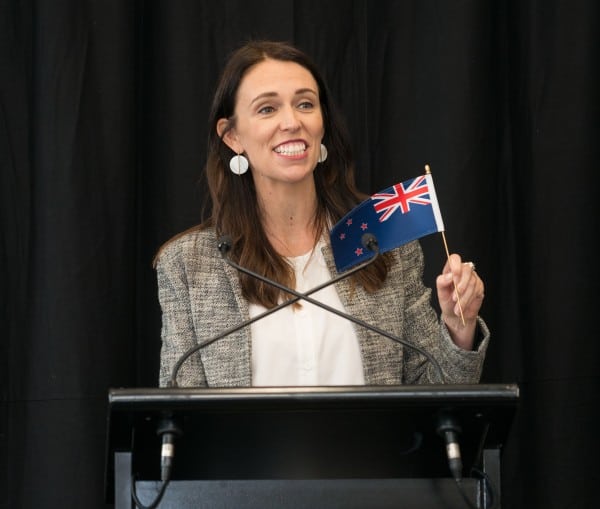 New Zealand has announced that it has halted the community transmission of Covid-19, effectively wiping out the virus on the island, according to Prime Minister Jacinda Ardern.

Ardern’s announcement came hours before New Zealand was primed to ease some measures of a stringent weeks-long lockdown.

About half a million workers across the island are set to return to work this week, with retailers are beginning to open their doors after Ardern pronounced that the virus has “currently” been eliminated in the country.

Geography has certainly had a hand in allowing New Zealand to win the battle against coronavirus. It is a small, remote nation – it has a total population of five million, smaller than New York City – and its external borders are easily sealed.

But it is Ardern’s swift and decisive leadership during the crisis that has won the most plaudits, with many commentators holding up her government’s actions as the model for tackling the virus.

New Zealand’s strategy has been “go hard, go fast”. “We’re going hard and we’re going early,” Ardern told the public in mid-March. “We only have 102 cases, but so did Italy once.”

On 23 March, as Boris Johnson was instructing Brits that they would have to stay at home, New Zealand’s government committed to a “elimination strategy”.

Not content with ‘flattening the curve’ or mitigating the spread of the disease, Ardern announced her intention to completely clear New Zealand of coronavirus.

‘Flattening the curve’ vs complete elimination

The prime minister immediately put the country into a mass home quarantine for a month. Unlike in some Western countries however, this move was seen as little more than a means to an end, buying the government time to ramp up critical measures needed to clamp down on the virus.

Whereas the British government has been lambasted for its failures on testing and its flirtation with ‘herd immunity’, Ardern’s government used the breathing space afforded by lockdown to quarantine anyone arriving at New Zealand’s borders.

Crucially, it expanded testing and contact tracing – a measure that experts agree will be crucial to stopping a second outbreak should lockdown be lifted.

In an editorial outlining the government’s strategy in the New Zealand Medical Journal, a group of the island’s public health experts emphasised the importance of “a strong focus on border control”.

Stamping out chains of transmission

The strategy also prioritised “case isolation and quarantine of contacts”, which the academics said would allow New Zealand to “stamp out chains of transmission”.

Ardern’s popularity has undoubtedly helped her secure buy-in from the public to enforce such measures.

The prime minister has become something of a liberal darling since she entered office, with seemingly-endless viral videos and broadsheet profiles highlighting her communication skills and relatability.

Whereas some governments have co-opted the language of wartime in their efforts to fight the virus, Ardern has focused on kindness.

She regularly appears on Facebook, dressed casually and smiling, letting New Zealanders know that they’re all in it together, and frequently ends her public appearances with the same message: “Be Strong. Be Kind.”

“Every decision is made with the disclaimer that she knows how difficult it’s going to be for people,” Thomas Weston, an insurance administrator from Auckland, told the BBC.

“It’s delivered with kindness but also very decisive. It’s clear what we can and can’t do.”

Despite the government’s success to date, Ardern has stressed that contact tracing, testing and the isolation of anyone with symptoms will continue, even as New Zealand edges back towards normalcy.

“Success doesn’t mean zero Covid-19 cases,” she explained last week. “It means zero tolerance – as soon as we have a case, we go in straight away, testing around that person.

“We’re isolating them… we do our interviews and contact trace to find all the people who have been in contact with them while they may have passed it on, and we ask them to isolate.

“That’s how we keep stamping out Covid cases.”

Related: Is the government up to its old tricks at press briefings?