An early glance at how the UK's departure from the European Union has measured up to its promises. 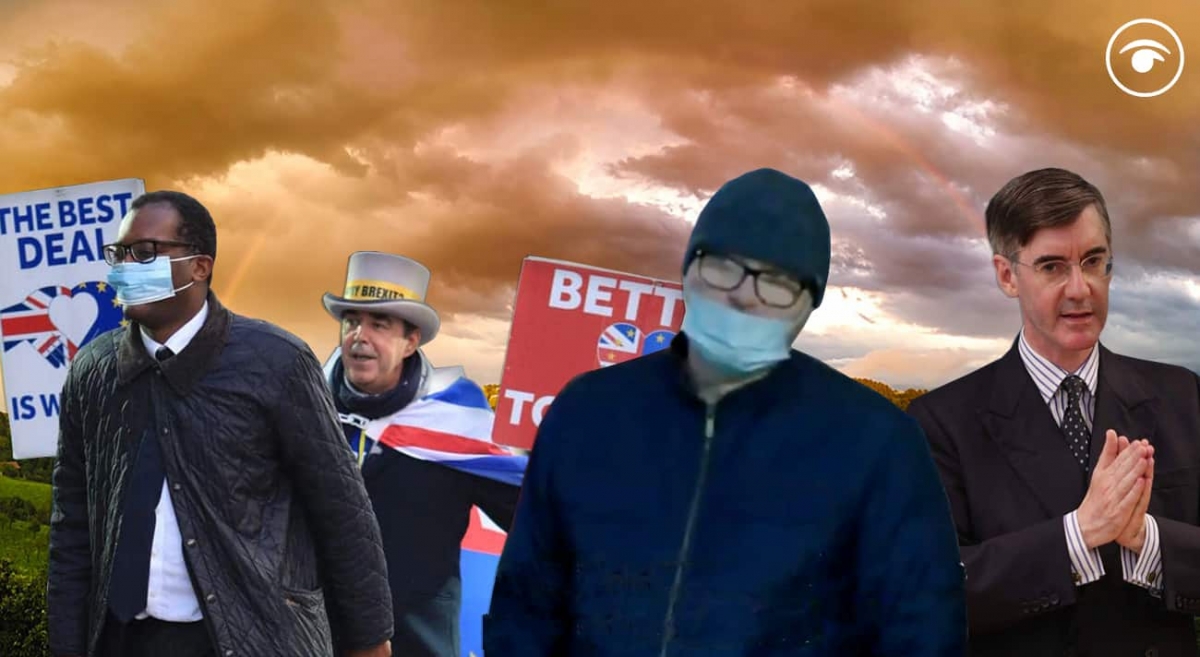 Despite being promised lucrative free trade deals with the US, £350 million a week for the NHS and seamless trade with the EU Brexit seems to have got off to a bumpy start this year as hauliers have their ham sandwiches confiscated and fishermen head to European waters in order to avoid new red tape.

As we approach the first twenty days of independence even the most ardent Leave supporters have struggled to pick out the positives.

Last week the Daily Mail warned of a Brexit food crisis as mountains of fish rots and fresh food is held up at ports. One columnist, trying to save face, even tried to blame ‘petty’ EU officials who are happy to let lorries “sweep into Switzerland” – forgetting the country is in the single market and Schengen Agreement.

But surely it was Jacob Rees-Mogg who took the biscuit after saying fish are “better and happier” after Brexit because they’re “British” – something even the most playful political satirists couldn’t have dreamt up.

With that in mind we have decided to take a look back over Britain’s first 20 days outside the EU, and see what the sunlit uplands have delivered.

Video footage of new border controls in Europe was quick to make the rounds on social media at the start of the month as drivers were met with fresh restrictions.

A Dutch TV clip showed one driver having his ham sandwiches confiscated as he makes his way into the EU, with border officials exclaiming “welcome to Brexit, sir” as they take away his lunch.

According to official guidance drivers carrying prohibited items in their luggage, vehicle or person should use, consume, or dispose of them at or before the border.

One person quipped that people should send the bill of their lunches to Nigel Farage as one of the main advocates of a split from the EU, while others expressed shock at how life is set to change under the new regulations.

Next time people tell you there's no new friction at the borders because of Brexit, you can show them this Dutch TV clip of drivers being stopped and having their lunches confiscated. pic.twitter.com/B9eZfDWKFB

One of the UK’s biggest delivery firms DPD last week temporarily suspended deliveries to the EU because of the need to provide extra customs information, warning a fifth of parcels had incomplete or incorrect data attached and had to be returned to sender.

John Lewis has scrapped international deliveries, while Fortnum and Mason temporarily suspended sales to Northern Ireland and the EU. Debenhams closed its online business in Ireland “due to uncertainty around post-Brexit trade rules”.

Supermarket giant Marks & Spencer said the new regulations are set to “significantly impact” its overseas ventures in Ireland, the Czech Republic and France.

Lord Rose, the ex-Remain campaign chief and former M&S chairman, told BBC Radio 4’s Today: “You can’t interfere with a finely honed, 50-year legacy supply chain and expect it to all run smoothly on day one.”

A raft of Scottish fisheries lorries descended on Westminster today to protest Brexit “carnage” that is costing the industry £1 million a day.

Footage of hauliers making their way through central London has emerged on social media, with one lorry branded with “incompetent government destroying shellfish industry” in a nod to the infamous Brexit bus.

Last week SNP Commons leader Tommy Sheppard described reports of Scottish fish being left to rot due to bureaucracy as the “Brexit fishing disaster”, demanding that the fishing industry is compensated for the loss in trade.

He said: “Boats confined to harbour, lorry loads of seafood destroyed, the industry losing £1 million a day as firms go bust – all as a result of Brexit red tape imposed by this Government.”

A Scottish seafood business owner also hit out at the government, threatening to dump piles of rotting shellfish outside parliament in protest at the toll Brexit is taking on the industry.

The government has done little to ease tensions.

Fisheries minister Victoria Prentis confessed she didn’t even read the post-Brexit trade deal with Brussels when it was agreed because she was too busy organising the local nativity trail, while Rees-Mogg claimed that fish captured after Boris Johnson’s Brexit deal came into effect are “happier” because they are “British”.

Percy blocked at the border

Percy Pigs became one of the first casualties of Brexit red tape as they struggled to find their way across the Irish Sea to supermarket shelves in the Republic of Ireland.

Marks & Spencer revealed that getting to grips with new post-Brexit rules are becoming particularly tricky for the retailer’s porcine favourite.

At the company’s Christmas trading update, chief executive Steve Rowe explained how the sweets are a typical example of the problems facing retailers, as several report difficulties with new red tape.

Mr Rowe said: “Essentially, there is about a third of the product in our food business that is subject to very complex rules of origin arrangements, around the components within it, and how much has been altered in the UK.

“Depending on that there is a variable tariff.

“Any product that’s manufactured in Europe, comes to the UK and is then redistributed to somewhere like Republic of Ireland also, potentially faces a tariff.

“So, the best example is Percy Pig is actually manufactured in Germany, and if it comes to the UK and we then send it to Ireland, in theory, he would have some tax on it.

“So we’ve got a lot to do in terms of composition and rerouting, but it’s really important that we continue to be focused on trading the business.

“And, at the moment, making sure we’ve got constant continuity of supply in our Irish business.”

The British Retail Consortium (BRC) said that “at least 50” of its members face potential tariffs for re-exporting goods following the agreement of the Trade and Co-operation Agreement (TCA).

Two of Britain’s most popular cars will now cost motorists up to £1,700 more this year after being hit with new post-Brexit tariffs.

Car giant Ford has increased the list price of the sport versions of its Fiesta and Puma ranges – which are both made in the European Union, and exported for sale in the UK.

The price spike comes amid warnings from hauliers that delays at Calais and other French ports are set to deteriorate further, as the number of trucks making the crossing returns to the level seen pre-Christmas.

Ford confirmed that it had passed on costs to the customer, because of new tariffs the company has to pay when the cars leave the EU – because they fall foul of ‘rules of origin’ restrictions.

The UK will have to “fight its way to the table” as US-president elect Joe Biden seeks to rebuild American relations around the world, a new study found on January 11th.

Its findings were echoed today by former UK ambassador to the US, Lord Darroch. Far from getting the trade deal struck as soon as we left the EU, as was promised by some Brexiteers, he said:

“Biden has said in the last few weeks that doing trade deals is not a priority for him for at least the first part of his presidency, and my guess is that certainly covers the next 12 months, it may cover the next 24 months.

“When he comes to do one, there are two much bigger trade deals that he could potentially do, rather than a deal with a medium-sized country of 65 million people.

“One is he could resume the talks that never finished in (Barack) Obama’s time on an EU-US free trade deal and the other is that he could take America into the transpacific partnership, which is potentially a huge advantage for America and would start to counter Chinese influence in that region.

“So, honestly, I have my doubts about whether a UK deal will be a priority. I think it’s a stretch to imagine it actually happening in a Biden first term, but we might strike it lucky, we’ll see.”

The fantasy of a ‘leftwing Brexit’ was exposed by the Financial Times last week amid reports of a bonfire of workers’ rights.

Rumours that the 48-hour working week could be scrapped under Government plans for a post-Brexit overhaul of labour laws have come light in order to give firms the “appropriate freedoms and flexibility to innovate and grow”.

Labour described the reported plan as a “disgrace” and warned it would fight any such moves “tooth and nail”, with shadow business secretary Ed Miliband saying the party would strongly oppose any moves to reduce existing standards.

“These proposals are not about cutting red tape for businesses but ripping up vital rights for workers. They should not even be up for discussion,” he said.

“People are already deeply worried about their jobs and health. It’s a disgrace the Government is considering forcing them to work longer hours or lose paid holidays.”

Related: Free school meals fiasco: Is it time to consider the Leeds model?