It comes amid reports of Scottish fish being left to rot due to bureaucracy in what has been dubbed the “Brexit fishing disaster”. 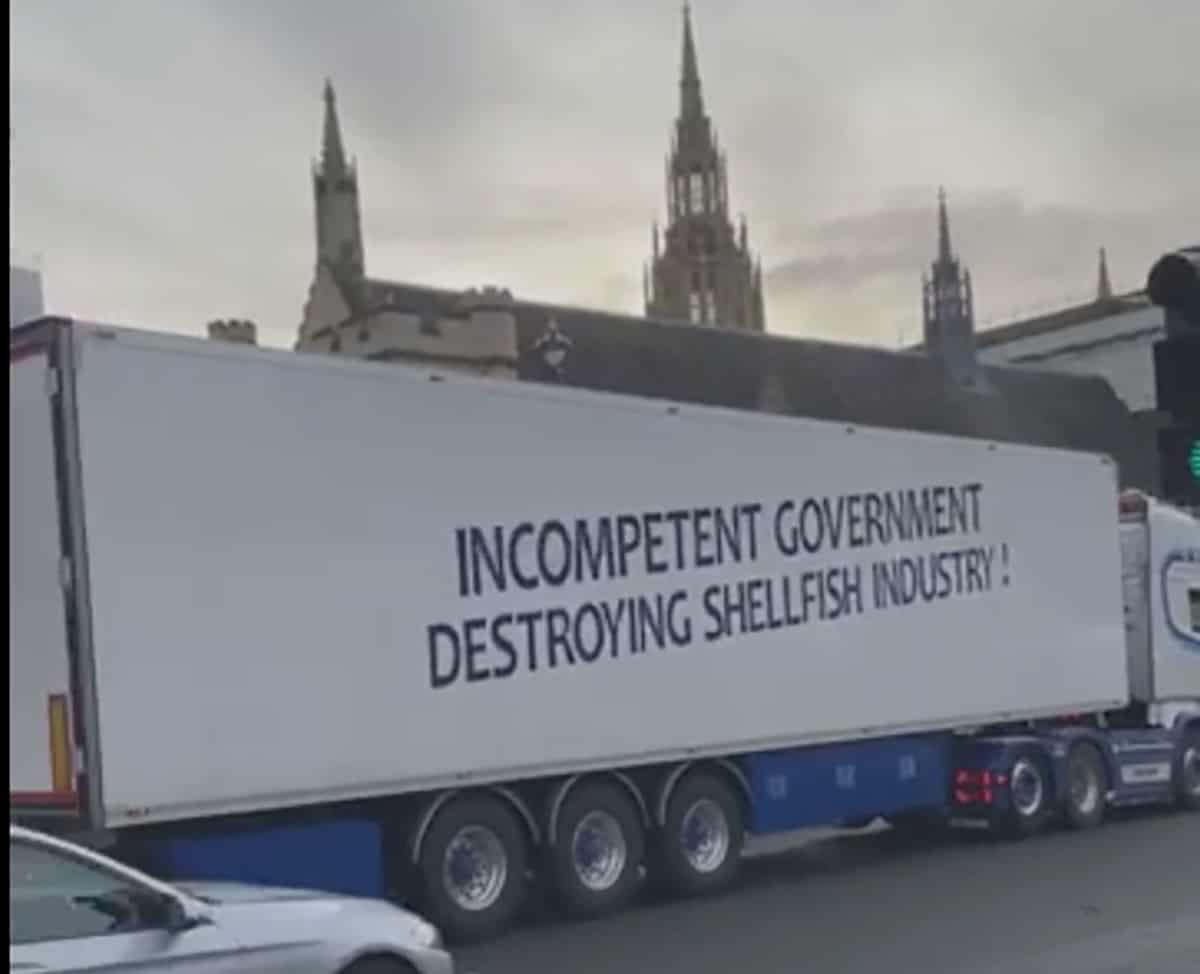 A raft of Scottish fisheries lorries have descended on Westminster to protest Brexit “carnage” that is costing the industry £1 million a day.

Footage of hauliers making their way through central London has emerged on social media, with one lorry branded with “incompetent government destroying shellfish industry” in a nod to the infamous Brexit bus.

Last week SNP Commons leader Tommy Sheppard described reports of Scottish fish being left to rot due to bureaucracy as the “Brexit fishing disaster”, demanding that the fishing industry is compensated for the loss in trade.

He said: “Boats confined to harbour, lorry loads of seafood destroyed, the industry losing £1 million a day as firms go bust – all as a result of Brexit red tape imposed by this Government.”