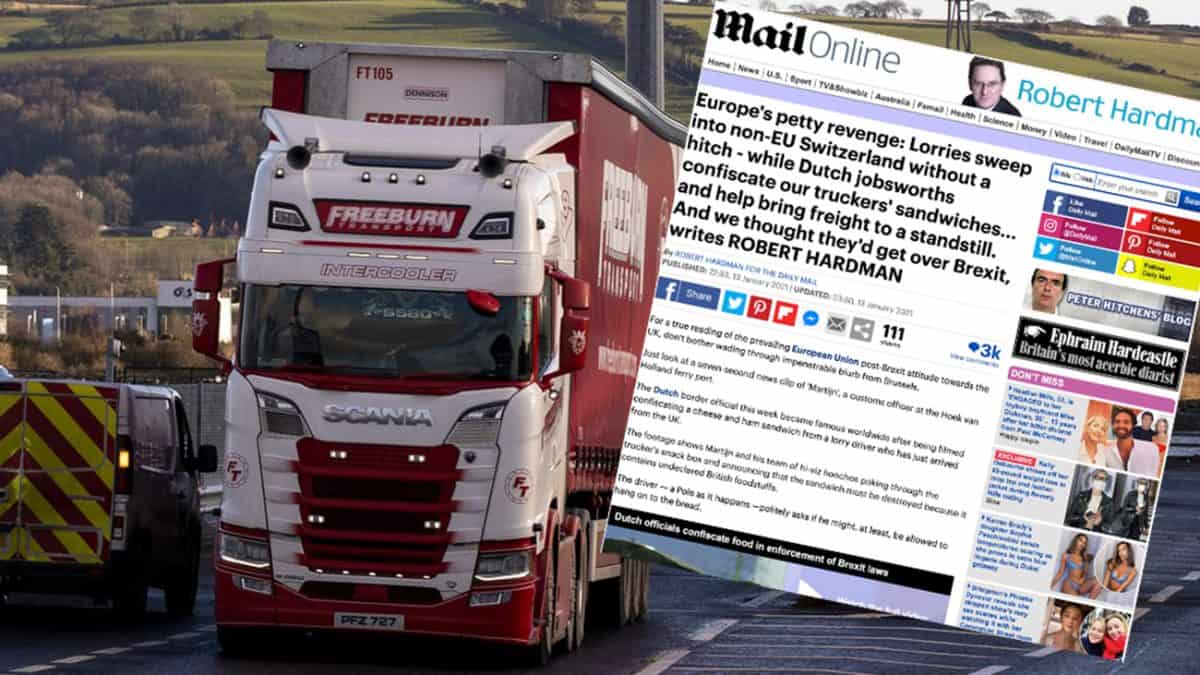 You might have thought the days of Britain’s right wing rags printing Euromyths to rile up their readers would be over after Brexit was delivered, but looking at today’s Daily Mail they seem to have only just begun.

Their outspoken columnist Robert Hardman has lamented the “petty” bloc for allowing lorries to “sweep into Switzerland” as they get held up in the ports in the UK.

Controls on goods moving to Northern Ireland from the rest of the UK are required under the terms of the settlement agreed by Boris Johnson to ensure there is no return to a hard border with the Republic.

Drivers arriving on the continent have also experienced issues – namely with their packed lunches.

According to Hardman these issues form part of “Europe’s petty revenge” and demonstrate that even though “we thought they’d get over Brexit,” clearly they haven’t.

Writing in the Mail he said “lorries sweep into non-EU Switzerland without a hitch”, asking why the UK isn’t afforded the same grace.

But as James O’Brien pointed out, even though Switzerland is not a member state of the EU, they are still part of the single market and Schengen area.

This allows trade and people to move within its borders seamlessly, unlike the Brexit deal Boris Johnson signed us up to.

Switzerland is in the Single Market. And the Schengen area for that matter. pic.twitter.com/Of60iHjeOQ