At this time of the year 50-80 per cent of our fruit and veg comes in from Europe and beyond and a lot of that comes in through Dover on trucks. 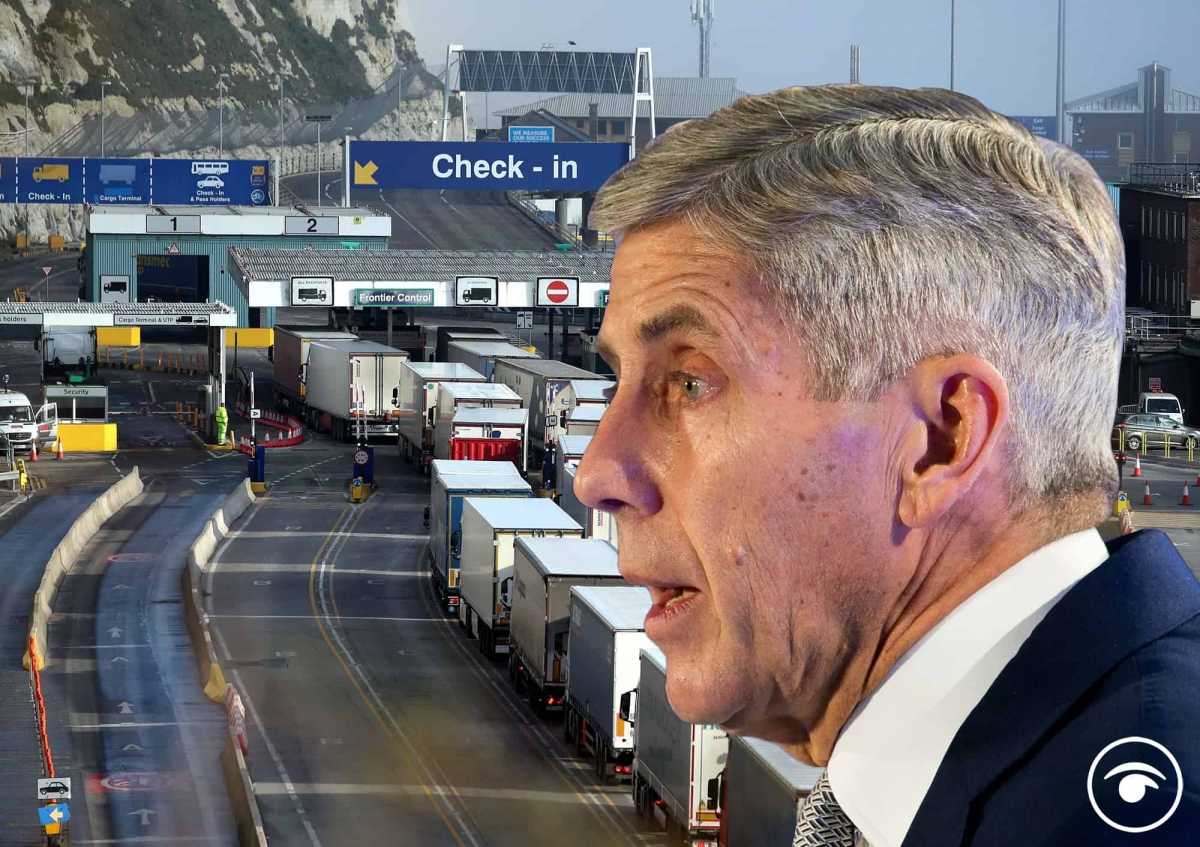 Consumers will bear the cost of the trouble facing traders following the imposition of Brexit red tape, a senior retail chief has warned.

Lord Rose, chairman of supermarket delivery company Ocado, said the delays and difficulties in international shipping caused by added paperwork meant the “cost will be passed on to the consumer”.

A haulage firm boss, meanwhile, predicted the customs changes would lead to a “bloodbath” for the sector with delivery delays eating into already tight profit margins.

It comes after Cabinet Office Minister Michael Gove warned businesses and hauliers on Friday that there is likely to be “significant additional disruption” at the UK border as a result of increasing trade traffic, particularly at Dover.

The trouble already experienced following the end of the transition period with the European Union on December 31 has led to major parcel courier DPD pausing some delivery services into Europe, including Ireland.

Supermarket giant Marks & Spencer said the new regulations are set to “significantly impact” its overseas ventures in Ireland, the Czech Republic and France.

Lord Rose, the ex-Remain campaign chief and former M&S chairman, told BBC Radio 4’s Today: “You can’t interfere with a finely honed, 50-year legacy supply chain and expect it to all run smoothly on day one.

50-80 per cent of fruit coming in from Europe

“You will see some short-term shortages but let’s be clear, there is not going to be a famine.

“Food will continue to come in, although at this time of the year 50-80 per cent-plus of our fruit and veg comes in from Europe and beyond and a lot of that comes in through Dover on trucks.

“We’re talking about fresh product which is perishable. If it doesn’t get out within 24 hours, it goes off, it rots, it gets thrown away – that’s lost profit, that’s a real problem for businesses both ways.”

He said vehicles were currently getting stuck at ports for seven hours and that European hauliers were turning down work in the UK, even when offered twice the usual rate.

Mr Zaccheo told Today he thought the problems would go on for “months” longer, adding: “First of all there are not enough clearing agents out there – then you’ve got Covid, with some of them self-isolating and everything else.

“It is just a complete mess. This is going to be a bloodbath. Cost wise – as we’ve seen this week – the cost of transport will treble into the United Kingdom because everybody is refusing to come.

“We offered twice as much and they still don’t want to come.”

Rachel Reeves, Labour’s shadow chancellor of the Duchy of Lancaster, said transport companies had been “left wrangling with completely overwhelmed systems without any help”.

The Government has promised to “redouble” efforts to inform traders of the paperwork required now that the UK is outside of EU rules.

Boris Johnson’s Brexit deal ensured free trade on goods could continue but being outside the single market and customs union has still meant added checks on cargo entering Europe.

As well as requiring the correct paperwork, including export declarations and the extra certificates needed for products such as plant and animal products, hauliers must also secure a negative Covid-19 test and a Kent Access Permit before embarking on their travels onwards to Europe.

The latest Government figures show that around 700 lorries have been turned away from the border since new rules came into force and about 150 fines have been handed out for non-compliance with new rules designed to reduce truck queues in Kent.

But officials have warned that those numbers could increase as the flow of lorries heading through Kent increases, with traffic drastically reduced at present.

Over the past week, there has been an average of 1,584 lorries per day attempting border crossings, which is only around 40 per cent of historical norms, according to the Cabinet Office.