The paper promised a "great future outside a broken, dying Europe" just days ahead of the referendum in 2016. 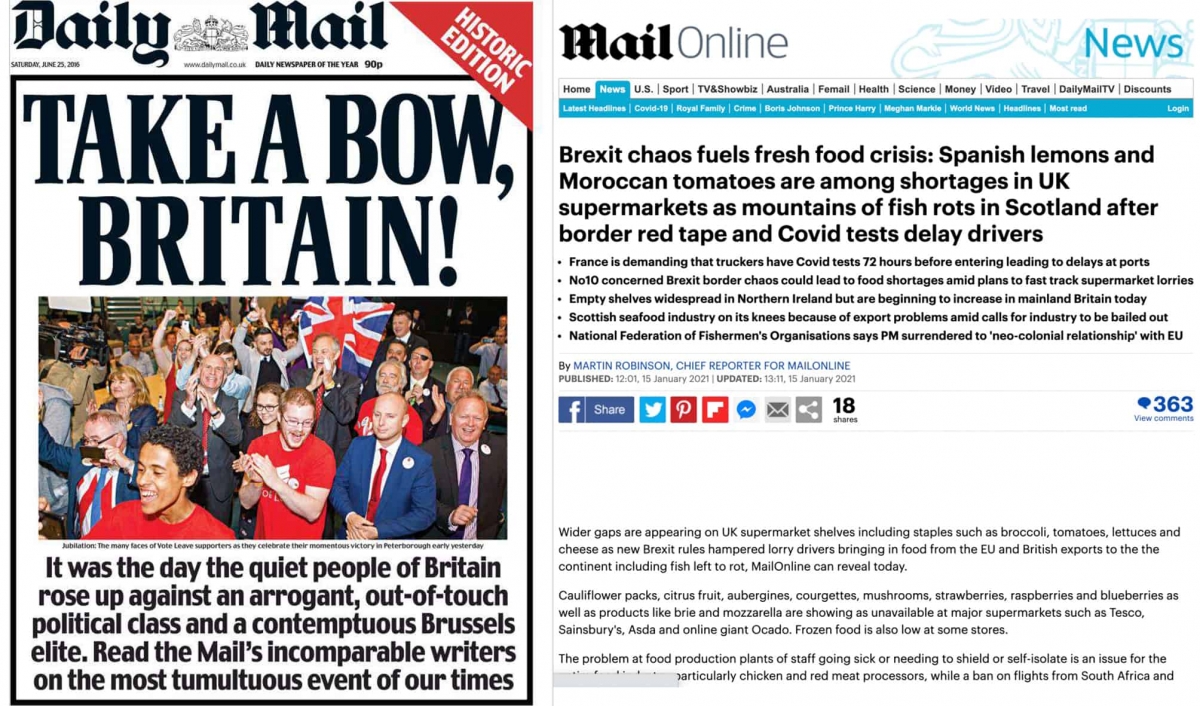 Pro-Brexit newspaper The Daily Mail struck a less enthusiastic tone in regards to Britain’s departure from the European Union today, warning of a food crisis on the back of border chaos.

Supermarket staples such as broccoli, tomatoes, lettuces and cheese are dropping off the shelves at a remarkable pace as lorries get backed up at Channel ports, the paper reports.

Cauliflower packs, citrus fruit, aubergines, courgettes, mushrooms, strawberries, raspberries and blueberries as well as products like brie and mozzarella are also showing as unavailable at major supermarkets such as Tesco, Sainsbury’s, Asda and online giant Ocado.

It comes as a senior Northern Ireland politician warned that Brexit rules have left supermarket shelves in Northern Ireland empty of fresh food risk undermining the Good Friday Agreement. And the flow of goods over the Irish Sea to mainland Britain of meat, milk and fresh food is also disrupted.

British businesses trying to export to mainland Europe have also faced significant disruption, with Scottish seafood firms just ‘days from collapse’ and forced to leave fish rotting on the docks because of border chaos since leaving the EU, the paper warned.

In 2016 ahead of the Brexit referendum the Daily Mail split with the Mail on Sunday to give Leave its full backing.

Just days before the vote the paper splashed on its front page “Lies. Greedy elites. Or a great future outside a broken, dying Europe… If you believe in Britain vote Leave”.

After the referendum result was announced it printed “Take a bow Britain” in celebration.