Sir Keir’s attempt at macho posturing was disconcerting; he even mentioned retaking the Falklands. It was like watching nan step into the Octagon for a UFC fight. 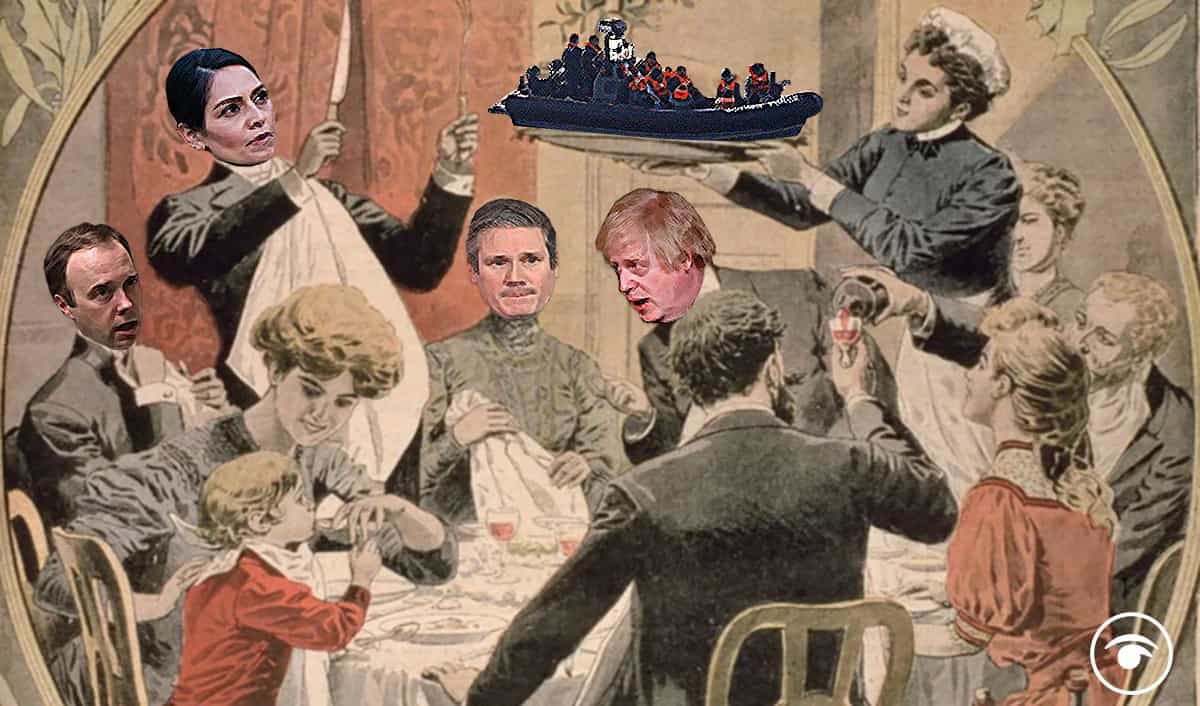 There’s no shortage of news. Priti Patel has announced she will not offer any helping hand to asylum seekers; Boris Johnson said greed is good as billions in public cash continue to line the pockets of private consultants; and the Tories are seizing control of Liverpool, one of the few Labour strongholds remaining on this sceptred isle.

So there was a lot for Sir Keir Starmer to address in today’s Prime Minister’s Questions. But instead, he went warmongering. Blair’s oil wars aside, Tory tanks have been parked on the army’s lawn since time immemorial.

Sir Keir’s attempt at macho posturing was disconcerting; he even mentioned retaking the Falklands. It was as like watching nan step into the Octagon for a UFC fight.

The Labour leader pointed out that Johnson promised not to cut troop numbers – and he has. It was another lie from the prime minister, but that’s hardly a surprise.

As he droned on, it was pointed out that the armed forces will soon be the smallest it has been for 300 years. Nobody wants to see jobs go, but if Chinese forces rowed up and landed at Hastings, we couldn’t do much with 100,000 or 70,000 troops.

So how will we defend our nation? Waving flags only fights the war on woke. Johnson pointed out that we are investing in more nuclear bombs and pointed to Jeremy Corbyn’s desire to rid the UK of these weapons of mass destruction.

Starmer accused the PM of “fighting the last war” over Corbyn. Keir is kidding himself if he thinks he isn’t still in the midst of that battle. Civil wars tend to create the most casualties.

Johnson ended his sparring session with Starmer by irksomely claiming that the Tories are “pro-vax, low tax and when it comes to defence we’ve got your backs”. But our current armed struggle is against disease, poverty and corruption.  Soldiers, drones and nuclear bombs will not make any difference to that.

Defence aside, what about personal freedoms, the prime minister was asked. Johnson said he wants to see citizen’s rights restored, as long as you’re not an asylum seeker of course.

But what about the freedom to peacefully protest? Johnson is going to take this away permanently.

Johnson echoed Gordon Gekko when he said that “greed” and capitalism had contributed to the success of the vaccine rollout. I was led to believe it was billions of public money that got us to where we are, but there you go.

The validity of an asylum claim isn’t how you enter the country. However, it does help if you fly in first class and splash a few million around our banking system to launder your cash.

Well as Gordon Gekko said: “If you need a friend get a dog.” And from the dog-whistle politics of Patel, Johnson and now Starmer it seems they have taken his advice.