The prime minister admitted Britain is in need of a cultural shake-up. Maybe the first place he could look is the green benches behind him, where he might find Christopher Chope - who tried to block a bill outlawing upskirting - or Philip Davies, who has repeatedly voiced his opposition to measures aimed at tackling domestic abuse and sexual violence. 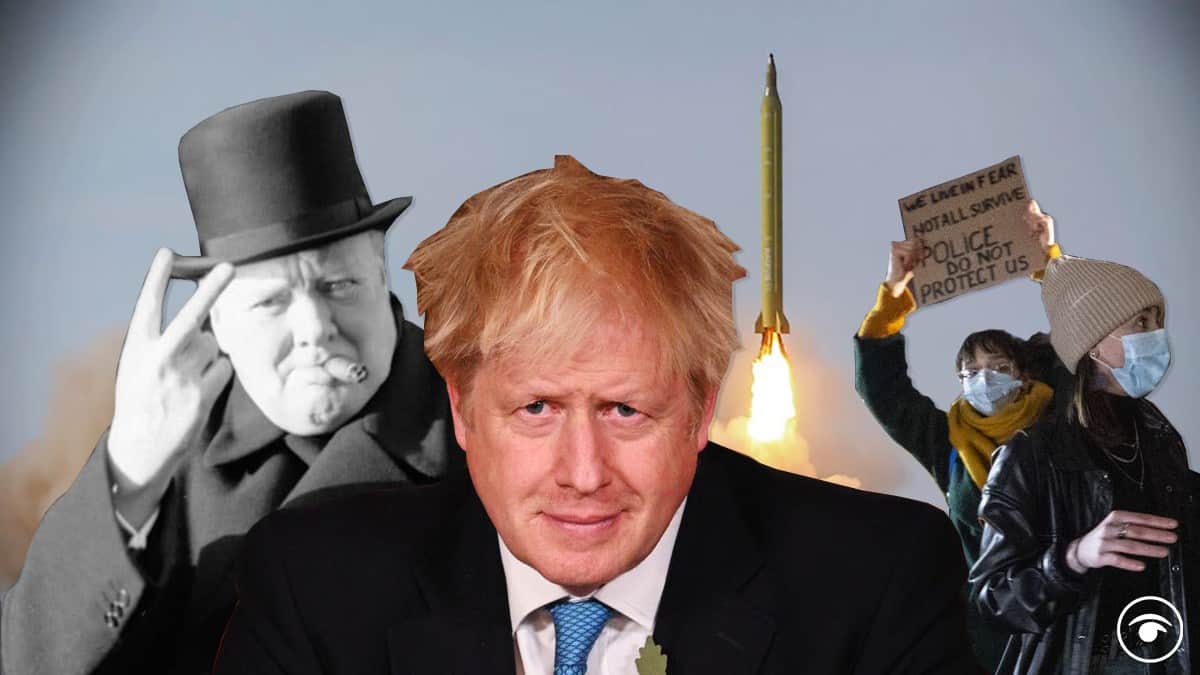 It was a very sombre Prime Minister’s Questions today. Sarah Everard’s death was the main topic of conversation between Boris Johnson and Keir Starmer – although the police officers who pinned women to the floor at her vigil were conspicuously absent from the pair’s debate.

The prime minister admitted Britain is in need of a cultural shake-up. Maybe the first place he could look is the green benches behind him, or indeed in the mirror, where he might find Christopher Chope – who tried to block a bill outlawing upskirting – or Philip Davies, who has repeatedly voiced his opposition to measures aimed at tackling domestic abuse and sexual violence. Just a thought.

Davies is an especially contemptible case. He once filibustered for over an hour in an attempt to prevent the passage of a bill calling for ratification of the Istanbul Convention, which had been called the “gold standard” for battling violence against women.

All of that forgets the ex-Tory MP Charlie Elphicke, unable to be in the Commons today because he’s serving a two-year prison term for sexually assaulting a pair of women nine years apart.

Judging by today’s PMQs, a change in culture is some way off. It was 20 minutes before a woman – Caroline Lucas – was called to speak. That says it all; men mansplaining how to stop men attacking women, in a room filled with men, is not a good look.

Instead, Johnson has decided the most urgent thing he can to do stop Britain’s drift towards lawlessness is to lock people up for a decade for pushing over a statue of a slave trader. As Starmer pointed out, “last night’s bill said a lot more about protecting statues than women”.’

He was followed through the breach by Charlotte Nichols (Lab), who pointed out just how poorly the criminal justice system – run into the ground by a decade of Tory mismanagement – deals with offenders. How are women supposed to get justice when only 1.4 per cent of rape charges lead to a conviction?

So far the government’s cunning plan to stop sexual violence involves sending undercover police into nightclubs. Sarah was walking home from her mate’s place, not leaving infamous drinking den Infernos. It doesn’t even start to address the problem.

Aside from the practicalities, plain clothes police in a nightclub stand out like, well, really badly dressed statues that don’t belong there. Would you get ten years for turfing them out onto the curb?

North of the border, Ian Blackford was incandescent with rage – as usual – about plans to place more nuclear bombs on Scottish land and sea. How to annoy people who already are desperate to end any association with you? Stick some more weapons of mass destruction on their soil.

This real enemy the UK population faces walk among us every minute of everyday; but instead the government wants to spaff billions on a nuclear deterrent, to attack an unknown foe.

So how will the government deter men from attacking women? Well now you can’t even protest against sexual violence due to the police, crime, courts and sentencing bill the Tories voted through the Commons last night.

It’s St Patrick’s Day, but today it is more about the hard luck of the British – with no EU passport, no freedom to protest – but dozens more nuclear warheads.

Related: PMQs – Meghan was an actor but PM is bringing ‘Boris Billions’ movie to life