According to sources he immediately withdrew the comments. 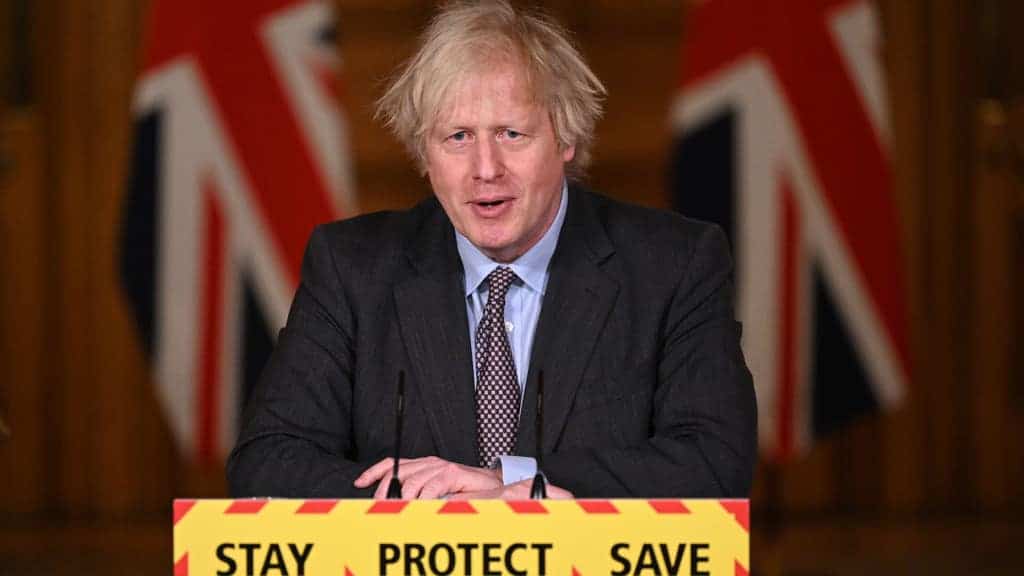 Boris Johnson put Britain’s vaccine success down to “capitalism” and “greed” during a private meeting of Conservative MPs.

After striking a sombre tone at his Downing Street news conference to mark a year since the first lockdown, the Prime Minister then joked with Tory backbenchers at a Zoom meeting of the backbench 1922 Committee.

“The reason we have the vaccine success is because of capitalism, because of greed my friends,” he told them, according to reports in The Sun.

“Forget I said that”

But as he risked inflaming tensions with the EU amid its slow jab rollout, he backtracked, adding: “Actually I regret saying it. Forget I said that.”

They came as some 28.3 million people in the UK – more than half the adult population – have had at least a first dose of either the Oxford-AstraZeneca or Pfizer vaccines.

But the latest figures show jabs being administered across the EU at less than a third of the rate achieved so far in the UK.

Over the last few days, Mr Johnson has been speaking to European leaders in an effort to dissuade them from imposing an export ban on Oxford-AstraZeneca vaccine exports to the UK when they meet on Thursday.

One MP told me the prime minister’s “greed” comments had been intended to poke fun at the chief whip, who was gobbling his cheese and pickle while sitting next to him during the meeting.

According to the BBC, the Conservative Party’s boss of discipline, Mark Spencer, has been christened with the nickname “Big Farmer”, like “Big Pharma” – the pharmaceutical companies.

Johnson also praised AstraZeneca for providing vaccines in the UK at cost during the meeting.

One of those who attended said they had never seen anyone withdraw a comment “so fast or so vehemently” as the prime minister’s one on procurement.

Mr Johnson “realised he had messed up as soon as he had said it, and didn’t mean it”, the MP added.

Several sources said he had asked those present to “remove that comment from your collective memory”.