Jeremy Corbyn will address crowds outside parliament as millions set to participate in a global climate strike. 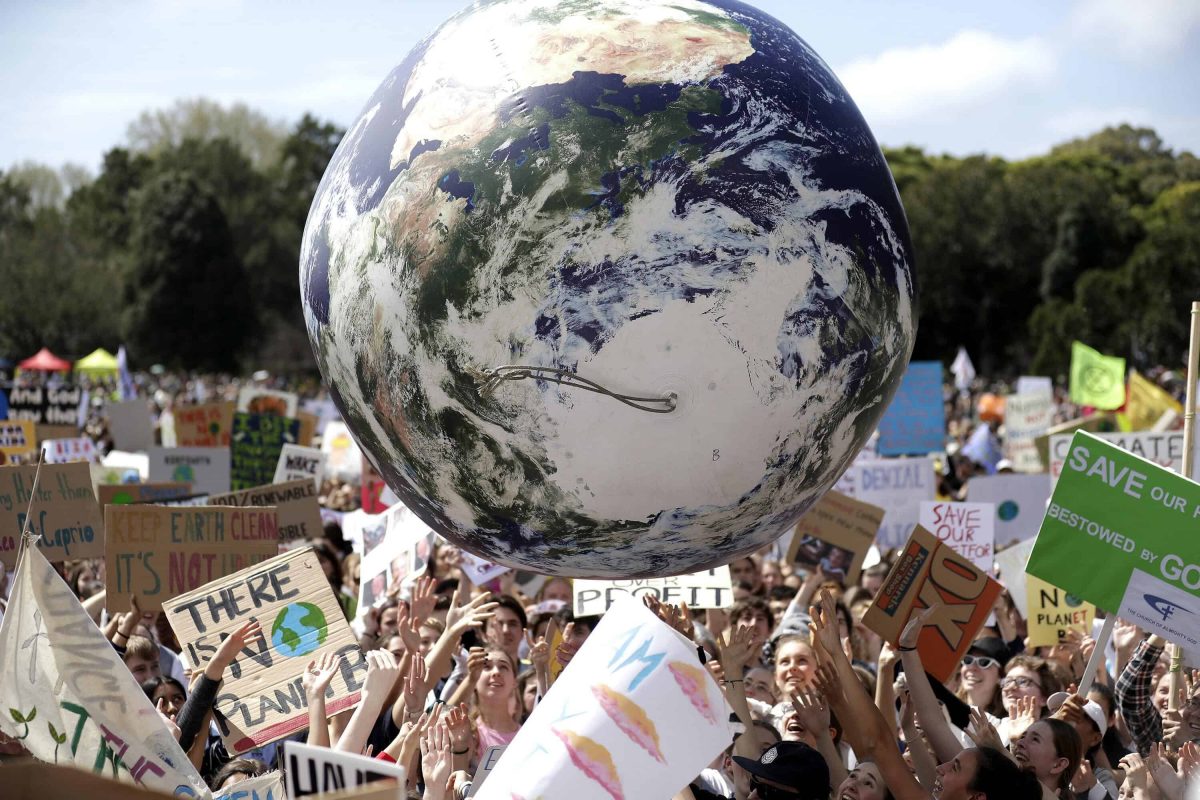 Millions of people are set to take to the streets all over the world today in what should be the largest climate protest in history.

Britons joining the climate strikes can expect a day of unseasonably warm weather on Friday as they call on businesses and politicians to cut emissions.

Children and young people are preparing to walk out of lessons and lectures, with hundreds of thousands of workers expected to join them.

The protests are part of a snowballing movement sparked by teenage activist Greta Thunberg’s school strikes outside the Swedish parliament.

Many who have followed her lead are students, but the movement has since spread to civil society groups with adults joining in too all around the world today.

It comes ahead of a climate action summit in New York convened by UN secretary general Antonio Guterres to urge countries to up their climate efforts.

Much steeper measures are needed across the globe to prevent temperature rises of more than 1.5C (2.7F) or 2C (3.6F) to avoid the worst impacts of climate change.

Mayor of London Sadiq Khan said: “It is unbelievable that we should need global strike action for the future of our planet to be taken seriously.

“The stark reality is that our climate is changing rapidly and we are running out of time to address it.”

He promised strikers his full support, adding that City Hall had been invited to observe the strike themselves.

“I hope governments around the world who are failing to take action hear the voices of millions of people, young and old, unified in their call for action to save our planet. Our future depends on it,” he said.

Jeremy Corbyn: “Young people are striking for their futures and I am standing with them”

Labour leader Jeremy Corbyn is due to address a rally of climate strikers outside Parliament on Friday, while other events are being held up and down the country.

“Young people will be the most affected by climate change. Seeing them take charge of their future is inspiring” was his message as climate strikes began in towns and cities around the globe.

The UK Student Climate Network (UKSCN) says more than 200 events are taking place across the UK, with – for the first time – adults being encouraged to join the youngsters as they strike.

UKSCN is calling on politicians to bring in a “Green New Deal” to cut the UK’s emissions to zero and improve lives, changes to education to equip youngsters to deal with the climate crisis and votes at 16 to give them a voice.

Among the many trade unions throwing their weight behind the strikes are the TUC Congress, the University and College Union and Unite.

The UKSCN has compiled this list of strikes and a page to find your nearest climate strike: https://ukscn.org/events/

Some businesses are actively supporting their workers to take action, with outdoor clothing company Patagonia closing stores and offices globally, and taking out adverts to support the strikers.

The Co-operative Bank has also teamed up with Unite to support its workforce to take part in the climate strikes around the country.

Worldwide, there are around 5,000 events in 139 countries taking place as part of the Fridays for Future movement between Friday September 20 and 27, and campaign group 350.org says more than 70 unions, 500 organisations and 1,000 companies have come out in support of the strikes.

Muna Suleiman, Friends of the Earth campaigner, said most people wanted to fix the climate crisis but politicians needed to act.

She said: “Right when we need our leaders to step up, they continue to let us down.

“From filling the skies with more planes, to backing fracking in the UK and funding oil and gas projects abroad.

“That’s why we’re standing shoulder to shoulder with young people to call on our politicians to deliver emergency climate action now. And we’re asking everyone to join us.”

He said: “The rest of us now need to step up and stand with the children demanding radical, systemic change, before it’s too late.”

Some of the first rallies in what is being billed as a “global climate strike” began in Sydney and Canberra, with demonstrators calling on leaders in Australia, the world’s largest exporter of coal and liquid natural gas, to take more drastic action to reduce greenhouse gas emissions.

The Global Strike 4 Climate said protests are being staged in 110 towns and cities across Australia on Friday, with organisers demanding government and business commit to a target of net-zero carbon emissions by 2030.

Similar rallies are planned across the globe, with 800 events set to take place in the US and 400 in Germany.

Siobhan Sutton, a 15-year-old student at Perth Modern School, said she will fail a maths exam by attending a protest in the city.

“I have basically been told that because it is not a valid reason to be missing school — it is not a medical reason or anything — I am going to get a zero on the test if I don’t actually sit it,” she said.

“Even though we ourselves aren’t sick, the planet which we live on is, and we are protesting and fighting for it.”

Acting Australian PM Michael McCormack, in charge while premier Scott Morrison is on a state visit to the US, said students should be in school.

“I think it is just a disruption.”

Mr Morrison will have dinner with President Donald Trump on Friday and has been criticised for failing to include in his New York itinerary the UN climate summit on Monday, when leaders will present their long-term plans for curbing greenhouse gas emissions.