A failure to tackle climate change will bring great “social unrest” and increased pressure from immigration, Sir David Attenborough has warned. The TV naturalist told MPs that dealing with environmental problems will cost money and will require changes to people’s lifestyles, such as in their diet and with regards to air travel, where the cost […] 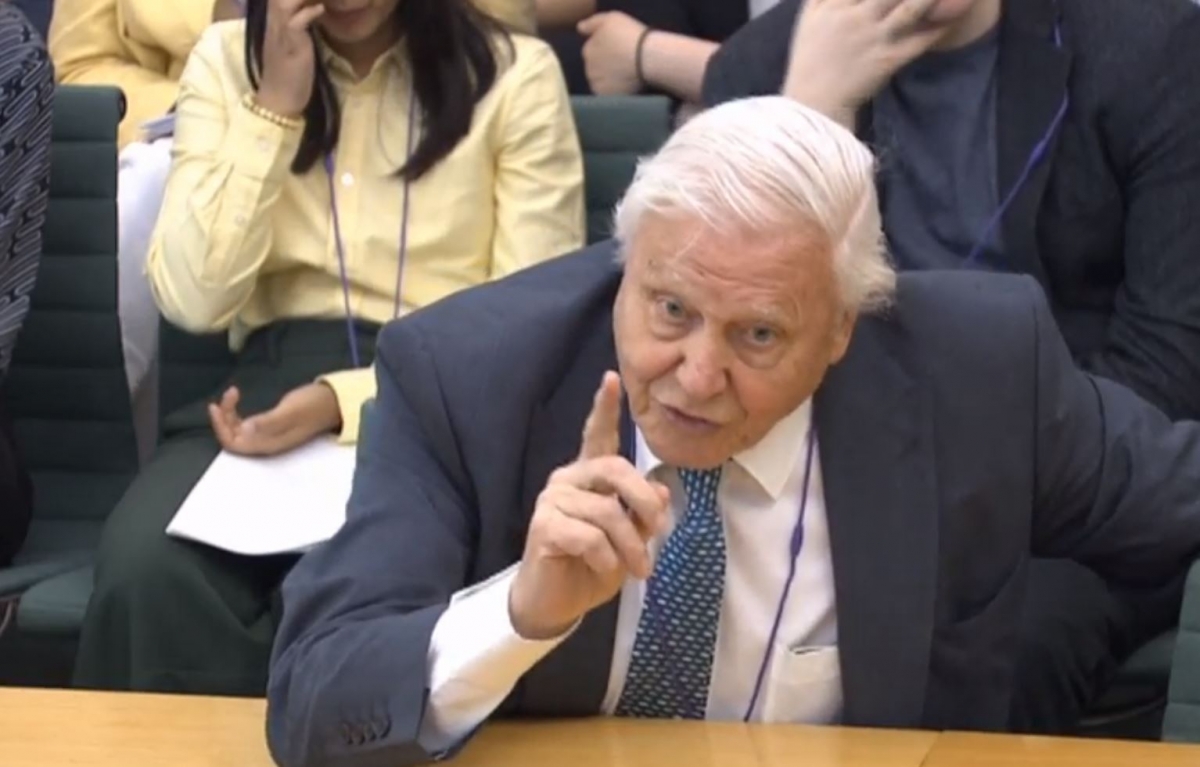 The TV naturalist told MPs that dealing with environmental problems will cost money and will require changes to people’s lifestyles, such as in their diet and with regards to air travel, where the cost of flights will have to go up.

But there are “huge opportunities” for making profits and benefiting from new innovations, he said.

The veteran broadcaster was giving evidence to Parliament’s Business, Energy and Industrial Strategy Committee as part of its inquiry into clean growth and international climate change targets.

He said the most vivid example he had witnessed of the changing climate was revisiting the Great Barrier Reef and seeing how it had been bleached because of rising temperatures.

Visiting the Australian landmark in the 1950s, Sir David said he had “the extraordinary experience of diving on the reef and suddenly seeing this multitude of fantastic, beautiful forms of life”.

But upon his return 10 years ago, he said: “Instead of multitudes of wonderful forms of life, I was struck by how it was bleached white because of the rising temperatures and increasing acidity of the seas.”

Sir David also remembers visiting a glacier on South Georgia, in the southern Atlantic Ocean, and then returning decades later to the same spot where the glacier was no longer visible because it had retreated so far.

When he began making documentaries 50 years ago, he did not believe it was possible people could change the climate and, he said, “I’m not by nature a propagandist”.

But he added: “If you become aware of what is happening to the natural world, you don’t have any alternative.”

Quizzed on whether the UK’s new legal “net zero” target for 2050 or whether calls from campaigners for a 2025 goal were realistic, Sir David said: “The question is what is practically possible, and how can we take the electorate with us in dealing with these problems.

“Dealing with problems means we’ve got to change our lifestyle.”

And while the 93-year-old said the issue was unlikely to affect him, “the problems of the next 20 to 30 years are major problems that are going to cause great social unrest and great changes in what we eat and how we live”.

Sir David warned: “The problem you’re opening now is a very serious one. If the world climate change goes on, it is going to be facing huge problems with immigration.

“Large parts of Africa are going to be even less inhabitable than they are now, and there will be major upsets in the balance between our national boundaries.

He said industry should be encouraged to invest in new technologies for generating, storing and transporting energy, such as batteries, and that he thought progress was being made.

Sir David backed the target to cut emissions to net zero by 2050, which the UK has now set in law, saying it was a “tough target”, but he hoped it could be achieved.

Asked if he was optimistic about the future, he said: “I feel an obligation – the only way you can get up in the morning is to believe we can do something about it, and I think we can.”

He said the growing voice of youngsters on environmental issues was a source of hope, and referring to the young people who had come to the committee hearing to hear him speak, he said: “It’s their futures that are in our hands.”