by April Curtin
in World News 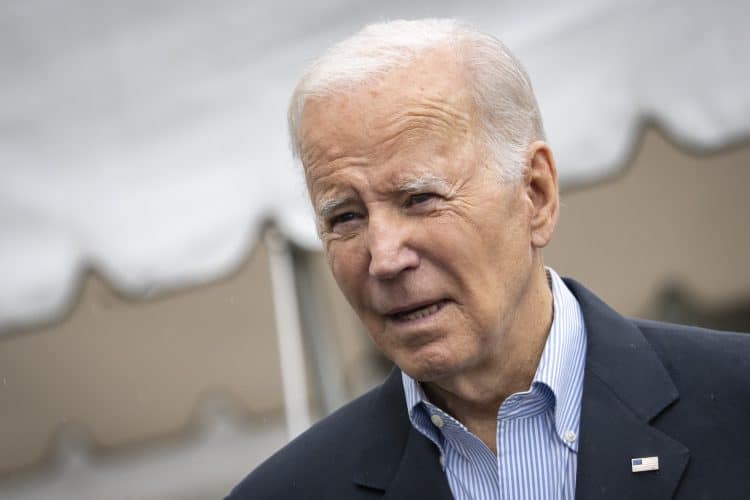 “No one f**ks with a Biden” – at least according to President Joe Biden who got caught on camera saying just that.

The US President was in Florida assessing the damage of Hurricane Ian – the category four storm that has devastated large chunks of the state and killed over 120 people there so far.

Biden, 79, was chatting to Ray Murphy – the mayor of Fort Myers Beach where the hurricane made landfall – when he dropped the f-bomb.

“No one f**ks with a Biden,” the President can be heard saying, to which the mayor replied: “You’re goddamn right”.

Viewers on social media have rushed to show their love for Biden’s hot mic moment.

“THATS MY F*CKING PRESIDENT!” one wrote in excitement, with another simply stating: “My guy!”

This is not the first time the President has been caught out by the mic. In January, he responded to a question about inflation by calling a Fox News reporter a “stupid son of a b***h”.

Asked by Fox News’ Peter Doocy whether inflation is a “a political liability ahead of the midterms”, Biden sarcastically said: “It’s a great asset — more inflation.”

The President then shook his head, adding: “What a stupid son of a bitch.”