The shocking scenes in The Chilterns - designated an Area of Outstanding Natural Beauty - show the impact of climate change right on our doorsteps, according to environmentalists 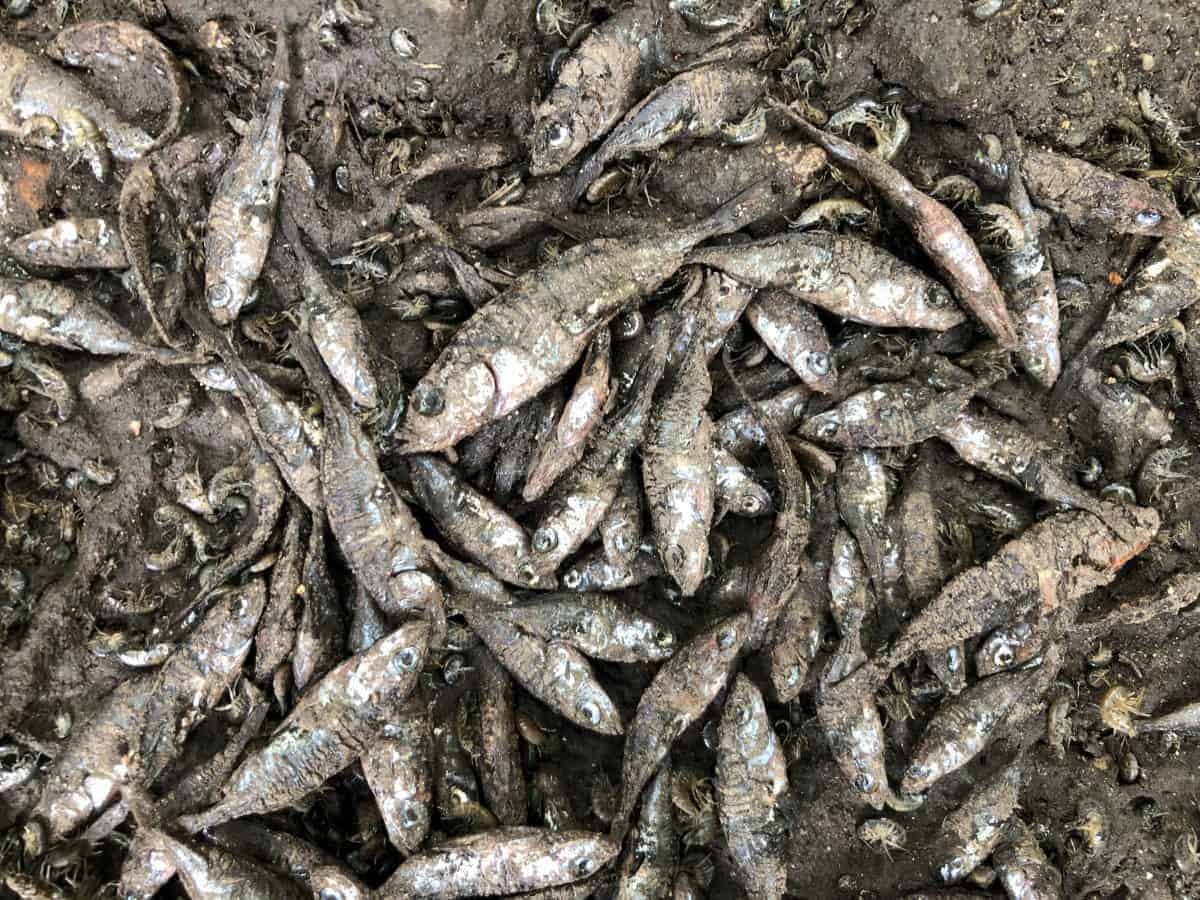 Horrific pictures show scores of dead fish on the bed of a once free-flowing river in one of Britain’s most scenic areas.

The shocking scenes in The Chilterns – designated an Area of Outstanding Natural Beauty – show the impact of climate change right on our doorsteps, according to environmentalists.

The pictures illustrate the horrific impact on wildlife after the River Misbourne in Old Amersham, Bucks, dried up.

Conservationists at the Chiltern Chalk Streams Project want a drought to be declared to prevent more fish from the same fate.

Project officer Allen Beechey said: “Our chalk streams are in crisis and facing a fight for survival.

“A combination of climate change and over abstraction to supply our ever-rising demand for water has left chalk streams like the River Misbourne in a dire state.”

There are only 260 chalk streams in the world and nine of these are in the Chilterns. The streams, notable for being very clear, support a huge diversity of life.

But Allen warns that if the government, Environment Agency and water companies don’t take action, the rivers will suffer “irreparable damage”.

He said: “These rare rivers have suffered at the hands of abstraction which has increased significantly ever since the end of the Second World War to supply water to an ever growing population.

“Coupled with the impacts of climate change, many of the Chilterns’ chalk streams have become progressively smaller, shorter and have dried up more and more frequently since the 1990’s.

“This trend is likely to continue and our chalk streams sacrificed unless something can be done to reduce the pressure they are under.”

Mr Beechey added: “With the government’s growth agenda set to significantly drive up overall demand for water in the South East in future, there is an urgent need to for new strategic water resources to be developed in the South to both to meet this demand but also so damaging levels of abstraction can be brought to an end.”

An Environment Agency spokesperson said: “We had a member of staff visit sections of the Misbourne and we’re planning on attempting to relocate fish from the pools of water that remain in sections of the river today.”