Usually when Theresa May makes an important speech the pound tends to plummet scarily on international markets and confidence in Britain falls even further. But you know it’s been a good speech when everyone’s favourite political farce The Thick Of It starts trending on social media before the speech is even over. Still it’s not like […] 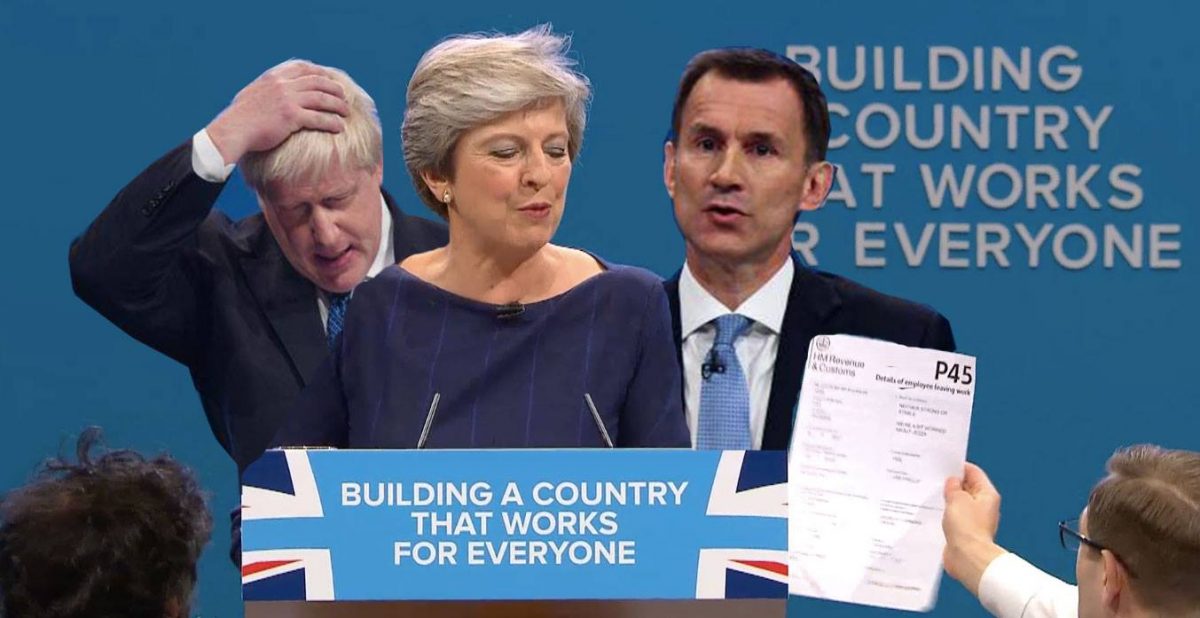 Usually when Theresa May makes an important speech the pound tends to plummet scarily on international markets and confidence in Britain falls even further.

But you know it’s been a good speech when everyone’s favourite political farce The Thick Of It starts trending on social media before the speech is even over.

In a crisis-ridden Conservative Conference with a poll of Tory party members revealing that only 30% of Conservative Party members believe Theresa May SHOULDN’T quit, and revelations that party membership is at an all time low, the pressure was on our beleaguered Prime Minister to deliver a corker of a keynote speech to Conference.

Especially with all the resentment of her party over the snap election that she arrogantly called that has left the Conservatives in a fragile minority government relying on an pro-life anti-gay creationist party they had to bribe £1bn.

(Notice nobody said “strong and stable” any more at the conference.)

But as the beleaguered Prime Minister battled with coughing fits to deliver a rather underwhelming speech the loudest response from the party faithful gathered was when prankster Lee Nelson somehow managed to walk up to her and hand her a P45 form. 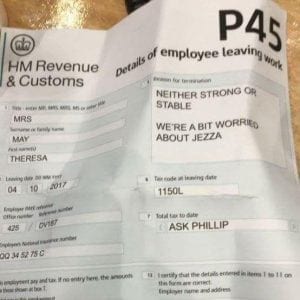 The comedian said “Boris asked me to give you this,” and as he was being escorted out of the building, people were already starting to compare the omnishambles of the Tory Party Conference to political satire The Thick Of It.

So here are some of the highlights, or rather lowlights, that have turned a calamitous Conservative Conference into more of a farce than actual farce The Thick Of It:

Amber Rudd telling Boris Johnson to stand for May pic.twitter.com/VGYeb5CroR

This is the best episode of The Thick of It in years pic.twitter.com/uPUzTmvI7i 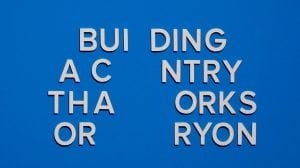 (Bring back “strong and stable”!)

Can I just point out that Theresa May is wearing a bracelet of Frida Kahlo, a member of the Communist party who LITERALLY DATED TROTSKY pic.twitter.com/CR13geaO7n

The Tories have completely ruined The Thick of It. They're so unbelievably preposterous, the series looks tame when you watch it back. https://t.co/IIDOXDf5BN

Philip Hammond tells Boris Johnson that 'everyone is sackable' after his latest Brexit inter https://t.co/T2UmYrfDE5 pic.twitter.com/IZeSNG2ffn

Yes he actually said that: https://t.co/o5bAnC4EeE

Jeremy Hunt due to swig drinks on Boeing's while our Bombardier workers worry about thier jobs. Whose side Tories on? #backBombardier pic.twitter.com/NA2cZisZLY

This is the queue to get into the Jacob Rees Mogg fringe at #cpc17 pic.twitter.com/AKvUP9jeDF

This afternoon is clearly expected to be riveting. The swathes of blackness are empty seats.. #CPC17 pic.twitter.com/5YRumNEBW5

"Why it's not I but Nicola Sturgeon who is out of touch with the common people!" screams David Mundell to an empty room. #CPC17 pic.twitter.com/8bzLGtruHA 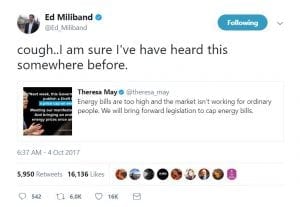 I’m sure I’ve missed some omnishambling out – there’s just too much – please comment below with any Conservative Party Conference 17 highlights I missed !

Today's use of 'You've Got The Love' at the Conservative party conference was not approved by us nor would it have been had they asked. 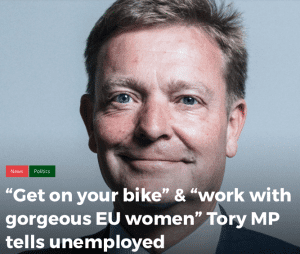