Griffiths returned on Wednesday having not played a competitive game since December last year after taking time out to deal with personal issues. 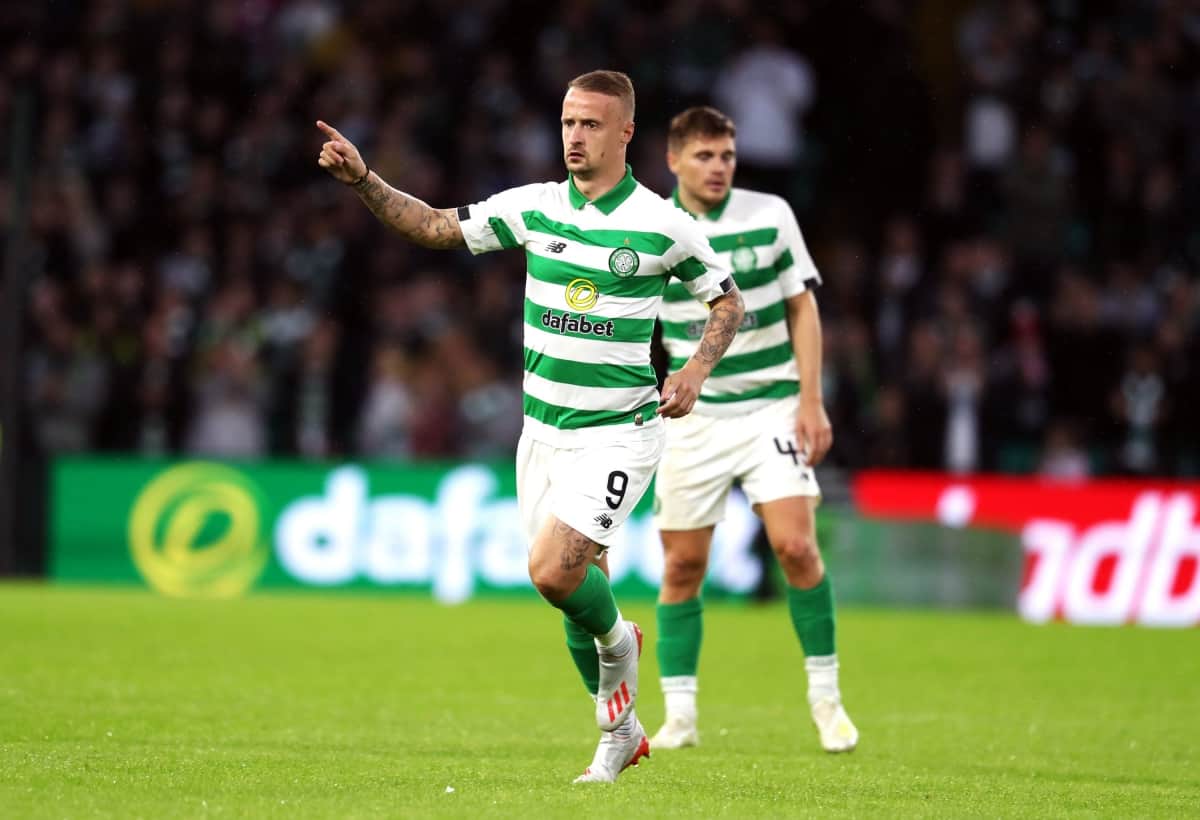 Celtic manager Neil Lennon senses Leigh Griffiths is set to make a major contribution to the team after the striker completed his comeback against Sarajevo.

The Scotland international came on for the last 12 minutes as the Hoops won 2-1 to secure a 5-2 aggregate victory in the first qualifying round of the Champions League.

Griffiths had not played a competitive game since December last year after taking time out of football to deal with personal issues and he received a huge ovation from the Celtic Park crowd.

“It was fantastic, it should mean a lot to him,” Lennon said. “It’s great to see him back. He’s not fully there yet but it’s step by step and he’s in a good place. We will give him more game time as we go along.

“He looked good on Saturday (against Rennes) for an hour and looked nice and sharp when he came on so he’s hungry to play.

“He has missed a long time out and he’s worked really, really hard at the back end of last season on his own. And just to integrate himself with the boys again, I think he is getting a real kick out of that and looking now as if he’s going to make a significant contribution.”

Griffiths came on three minutes after Callum McGregor fired Celtic back in front from 22 yards.

The hosts had looked in complete command after Ryan Christie’s 26th-minute opener but a loose pass from new left-back Boli Bolingoli ultimately led to the visitors equalising in the 62nd minute.

However, Lennon was more than satisfied with the performance as Celtic set up an encounter with Estonian champions Nomme Kalju.

“I’m delighted,” he said. “An excellent performance against a very good side so early in the competition.

“You could see they were a week fitter as well as we were and I thought we played excellent, first half especially.

“My only bugbear is conceding the goal. We were in total control. But Callum has come up with a brilliant goal to win the game and he was outstanding again, him and (Scott) Brown in the midfield.

“I’m absolutely delighted with what the players are giving me, that was a tough tie to negotiate.

“I’m delighted with the verve and attacking intent they played with.”

Lennon is hopeful he will have a new arrival before the Estonians visit Parkhead next Wednesday.

“I think we’ll maybe have something in the next few days hopefully,” he said. “The boys are doing a brilliant job but could be doing with a little bit of help.”