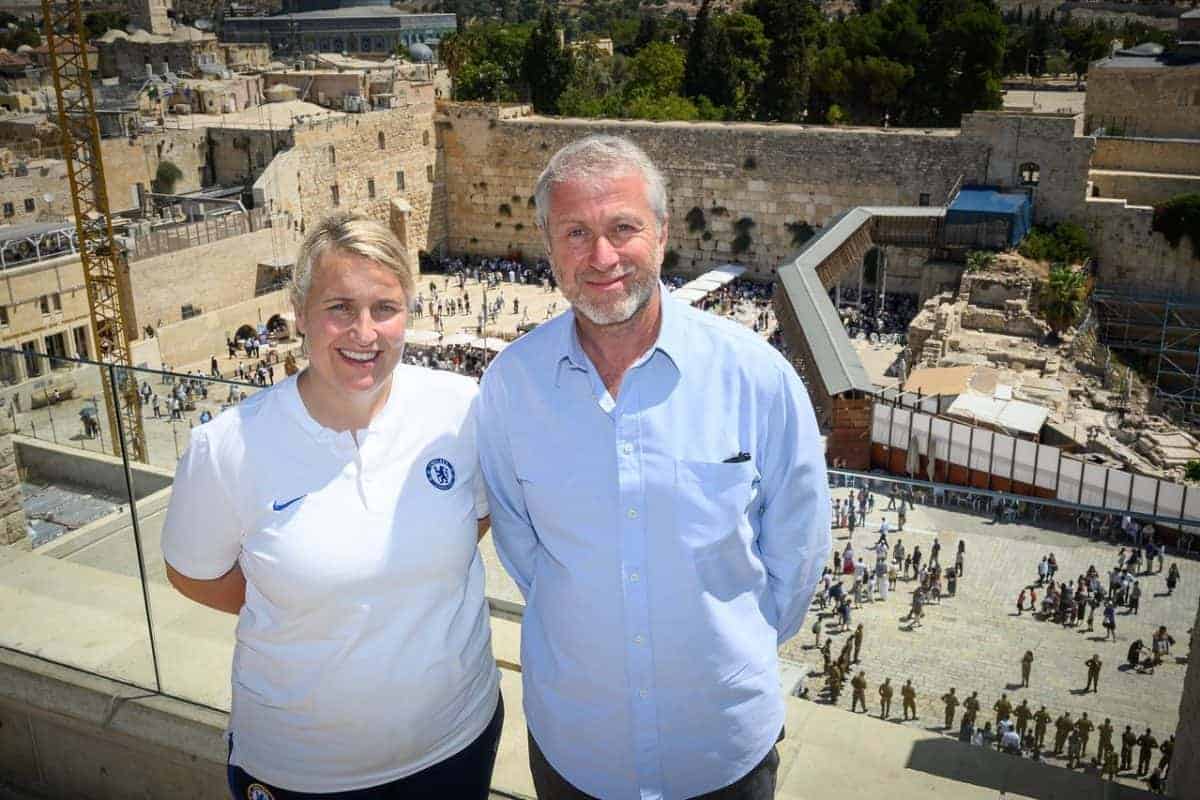 He met the Blues’ women stars on Monday, talking at length and posing for pictures with the squad.

It comes as England boss Phil Neville has named his first squad since the summer’s fourth-placed finish at the Women’s World Cup in France.

The Lionesses take on Belgium in Leuven on August 29, then face Norway in Bergen five days later.

England take on Germany in a friendly at Wembley on November 9, for which more than 60,000 tickets have been sold.

The current record for the biggest-ever attendance for a Lionesses home game is the 45,619 that watched the 3-0 loss to Germany at the same stadium in November 2014.

“We want to fill Wembley stadium and send a real message for women’s football worldwide.”

Neville has included 19 members of the 23-player group he selected for the World Cup. One of those who was in France was no longer an option in 32-year-old, 144-cap midfielder Karen Carney, who retired after the 2-1 third-placed play-off defeat against Sweden.

Chelsea Women were facing the Israel national side in Tel Aviv on Tuesday evening, with a 13,000 capacity crowd expected at the Ha Moshava Stadium.

“I didn’t tell them where we were going,” Hayes told PA. “So that was great to surprise them with that. And they were like giggling teenagers when we went into the room.

“But once Millie Bright and Carly Telford went up and asked for pictures, all the girls were asking for individual shots.

“But we spent time not just talking about this game, but the season ahead, our work over the last season and seasons before, and how proud he is of the team and what we do.

“It’s such a boost to the players, and especially in Jerusalem, it was a wonderful experience for all of them.”

The Russian-born Israeli citizen was one of the driving forces behind Chelsea’s friendly against New England Revolution in May, with the owners of both clubs donating 1million US dollars (£823,000) to related charities.

The Chelsea squad enjoyed a walking tour of ancient Jerusalem, with club owner Abramovich meeting them at the Western Wall.

“We had a really moving experience, which finished up with us writing private notes that we then placed in the Western Wall, as is the tradition,” said Hayes.

“It was a wonderful day for all the staff and players.

“The fact we got to spend the time in Israel with Roman, rather than just on the training pitch, not only shows his commitment to women’s football, but it also showcases the women’s game, and the massive impact of the visit not just for the young people here and for the players too.

“So it’s hugely significant. Going to Jerusalem meant an awful lot to a lot of people.

“We sat around at dinner talking about how important it is understanding the history of this region, seeing the value of human life, the love of working for a football club that promotes such wonderful values and supports its women’s football team in the way we have.

“And it was all-round such a brilliant self-reflective day, and one to have time with our owner that we all thoroughly enjoyed.

“This experience has been immensely spiritual for everyone. It’s brought us close together and reinforced the value of life and taking care of each other.”

Chelsea spent Sunday morning coaching youngsters from both Israel and Palestine as their pre-season tour of Israel revolves around far more than match preparation.

“We thought that bringing the women’s team to Israel, we wanted to give them some life experiences, some broadening experiences,” Buck said.

“This is my first visit to Israel, and yesterday was very powerful.

“We’re quite happy with our Say No to Anti-Semitism campaign; we’re going to continue it and we’re hoping we’re making an impact.

“We hope we can convince other clubs to launch their own similar projects, and we’ll take that one step at a time.

“It’s very difficult to measure progress, but we do strongly believe in what we’re doing. We believe education is the way to go, and hopefully over time we can make some small contribution to solving the problem.”