A Tory win would be just the third time in 50 years a governing party has gained a seat at a by-election. 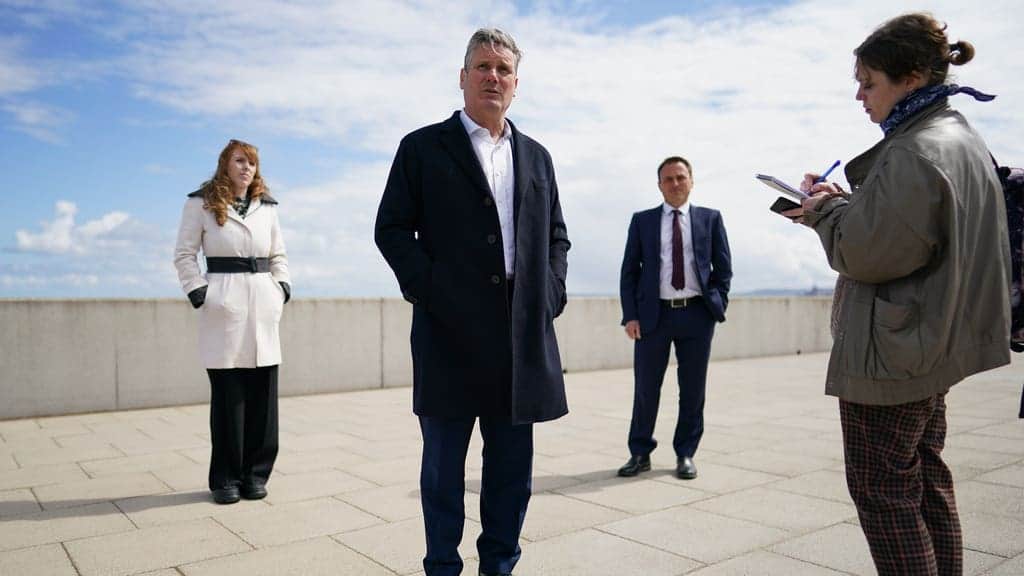 A shock new poll has given the Conservatives a mammoth lead in the Hartlepool by-election this week.

Survation polled 1,000 people in the seat – which has been in Labour hands since its creation in 1974 – and predicted a 17-point lead for the Conservatives.

Tory land-owning barrister Jill Mortimer would win 50 per cent of the vote, despite the party having to weather a “cash for curtains” scandal, corruption in government and accusations of breaches of the ministerial code.

Labour GP Dr Paul Williams is on 33 per cent, according to the survey which was carried out on April 23-29, while independents Thelma Walker and Sam Lee would win 6 per cent of the vote each, with the Greens on 3 per cent.

Survation suggested the seat, vacated by Labour’s Mike Hill, would likely have gone blue in 2019 if not for the Brexit Party.

Labour won a 3,595 majority after Nigel Farage’s outfit split the vote for the two main parties.

This is interesting; Hartlepool would have gone Tory in 2019 had it not been for Nigel Farage and the Brexit Party. Only reason it didn’t. They split the vote. It’s a Brexit town. https://t.co/vyu70NdmjU

But this time around vote splitting could go the way of the Tories, with no Brexit Party and Walker, Lee and the Greens parking their tanks on Labour lawns.

Wow. If this Survation polling (17% lead for the Tories) proves to be close, this will be one of the most devastating by-election losses on record for Labour. (Corbyn won his first by-election by 39%!)

If true, phenomenal effort by Thelma Walker of NIP to crush the Greens & LDs pic.twitter.com/zjPawshPFO

Ahead of the election, Sir Keir penned an open letter to the country saying Labour is a “changed” party under his stewardship.

He said that the party’s priorities were “creating jobs, tackling crime and protecting the NHS” ahead of the local elections, which will take place against the backdrop of the coronavirus pandemic.

“As we emerge out of this pandemic, my burning desire is to build a brighter future for our country.”

Boris Johnson also journeyed up to County Durham ahead of the election, predicting a “tough night” in the wider English council elections on a call with Tory activists.

He said: “When we last had these elections, the council seats that are up on Thursday, don’t forget that back then we were way ahead of Labour in the polls.

“I think I’m right in saying it was an absolute high water mark for us. We’re now a government that’s really coming towards mid term.

“And you would expect in these circumstances for it to be a tough night.”

The Tory leader added: ““I want to stress that a lot of people are talking about Hartlepool – I have just been there.

“I think it’s important for people to understand this is not a seat that Conservatives have ever held.”

Hasn’t spent much time in the town

The party’s candidate, Jill Mortimer, came under criticism last week after it was revealed she hasn’t spent much time in the town.

According to a biography written for the old website for her farmhouse bed and breakfast, she spent a decade living in London and overseas, including time in the Caribbean island, before moving to Thirsk, some 30 miles from Hartlepool.