TLE analysis shows the Conservatives have a 5:1 advantage in many constituencies. 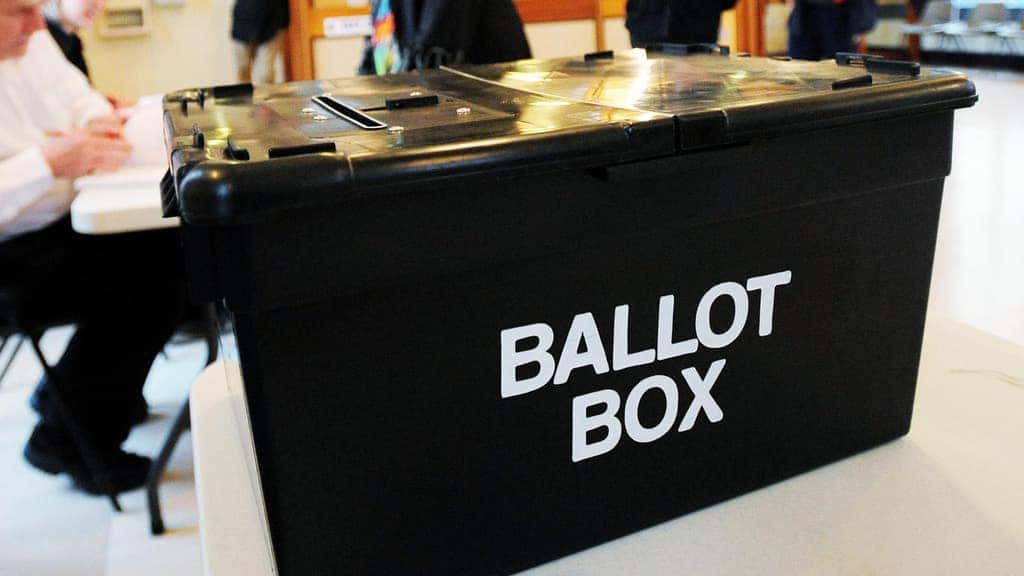 May 2021 is a big month in British politics. The Scots and Welsh elect their parliamentarians. Hartlepool has a by-election. The English choose their councillors, mayors, and Police and Crime Commissioners. Londoners vote for Mayors and the Assembly.

These elections give progressives and the left an opportunity to chip away at Tory rule. But the left has a problem faced by few on the right: vote-splitting. Because Britain has no system of proportional representation, it is vital that the left forms pacts and alliances. But this seldom happens.

The importance of councillors

Now that UKIP and the Brexit Party (renamed Reform UK) have largely vanished, the Tory Party is a single right-wing entity battling half a dozen left(ish) parties: Labour, the Greens, the SNP, Plaid Cymru, and the Liberal Democrats, who are economically right-wing but culturally left. Depending on the constituency, this gives the Tories a 5:1 advantage and sometimes 6:1 when left-leaning independents stand.

At 35 per cent, with some areas at 25 per cent, the turnout of registered voters for local elections is very low compared to general elections. The Voting Counts campaign attributes this to the disconnect between councils and their publics, which can be explained by councils’ inability to raise money and the focus by mainstream media on national politics.

The English council electoral system is a complicated political relic consisting of 343 local authorities and some 20,000 councillors, not including the representatives of the 9,000 parish and town councils. Authorities include county councils, district councils, London boroughs, metropolitan districts, parish councils, town councils, and unitary authorities. Between one and three borough, county, and unitary councillors represent areas called divisions, whereas others generally represent wards.

Each region typically has two tiers, county and district. London and parts of the shires operate as a single tier. The number of representatives in each council is decided by the Local Government Boundary Commission. Further complicating things, electoral timings vary. Whole councils are elected every four years, halves every two, and thirds every three with no election in the fourth year.

On the surface, the 2019 local elections looked good for the left. The Tories lost >1.3k councillors compared to Labour’s loss of 82. The Greens gained 194 while the LibDems enjoyed the biggest gain, with 703. Part of the Tories’ loss was explained by the creation of new councils, such as Bournemouth, Christchurch and Poole. Another factor was Brexit. Labour’s fence-sitting lost Corbyn a great deal of respect among the left who, in the local elections, signalled their unheeded disapproval by swinging to the LibDems.

Many Tories voted LibDem in the council elections to signal their frustrations over the Party’s pro-Brexit stance, not daring to vote LibDem in the general election. Pre-Boris Johnson, others swung to UKIP to express their desire for a harder Brexit than proposed by Theresa May.

Left splits: The general election as an example

The most dramatic examples of vote-splitting occur during general elections. But the logic of vote-splitting can apply to local elections, too. Northern Ireland is a different story because in some constituencies, the right-wing dominates despite three-way splits (e.g., South Antrim 2019 where the DUP beat the UUP by 5 percentages points).

In the general election 2017, 97 seats in the UK were won by a margin of 5 per cent or less. In 2019, 67 such seats had a <5 per cent margin. In Scotland, 12 seats had victory margins of less than 1 per cent. The SNP has been gaining support and reduced this fragile margin from 12 to 2 seats. LibDem leader Jo Swinson lost her seat to the SNP in Dunbartonshire by 149 votes (0.28 per cent).

In Normanton, Pontefract and Castleford (Yorkshire and Humber), right-wing vote-splitting helped Labour: the Brexit Party took 16.6 percent of the potential votes from the Tories (35.3 per cent), handing Labour victory (with 37.9 per cent). But in most constituencies, three-way splits robbed the left.

In Ynys Môn (Anglesey), for instance, Labour and Plaid Cyrmu (PC) ate into each other’s votes: Labour (30.1 per cent) and PC (28.5 per cent), handing the Tories victory (with 35.5 per cent). Labour and PC should have formed an electoral pact for PC to stand down. The onus was on PC because in 2017, Labour held the seat. Had PC been the incumbent, Labour should not have stood there. In the absence of top-down political will, local PC members should have pushed the party to withdraw their candidate.

In Finchley and Golders Green, however, the Tories held in 2017, so it was up to Labour to stand down and let the LibDems battle the Tories. This is because Corbyn’s reputation in that particular constituency, which has a large Jewish population, had been destroyed by the antisemitism allegations. One of the meanest acts of the LibDems was standing Tory defector Sam Gymiah in the Labour marginal Kensington, where the Tories ended up winning by 0.3 per cent. It was up to local LibDem grassroots members to demand that Gymiah not stand in that marginal, but such pressure was not applied.

Independents can be another problem. In Labour’s constituency Ashfield, an independent called Jason Zadrozny (a former LibDem councillor) robbed Labour of 13,498 potential votes. Independents had already taken control of Ashfield council, so rather than split the vote, Labour members could have pushed their candidate to stand down and endorse Zadrozny.

In 2019, Corbyn’s refusal to clearly back Remain and a second Brexit referendum scuppered the chance for Labour to form left alliances in England. It also cost Labour seats in Scotland because that country voted overwhelmingly to Remain. For the LibDems and Greens (by then no longer under the wise direction of Caroline Lucas), stopping Brexit was more important than stopping the Tories from continuing their grip on power.

At present, the Scottish Parliament (as opposed to the 59 Scottish Westminster constituencies), consists of 129 seats filled by 61 SNPs, 30 Tories, 23 Labour, 5 Greens, 5 Liberals, 4 independents (including one unaffiliated), and 1 Reform UK member. Current polling suggests that the SNP could make small gains, the Tories could lose half a dozen seats, and the Greens could nearly double their MSPs.

Some constituencies like Airdrie and Shotts are a two-horse race between the SNP and Labour, so forming a left alliance doesn’t matter. In others, however, left parties take votes from each other and boost the Tories. The Northeast Regional List, for instance, has 4 Tories, 2 Labour, and 1 LibDem. Yet, the SNP, Greens, and Alba are contesting the seats. To get the Tories out, they should stand down, but the SNP is more preoccupied with getting a majority to mandate Scottish Independence than standing with other left parties to oust the Tories.

In Perthshire South and Kinross-shire, the SNP has a 4 per cent lead over the Tories, yet Labour and the LibDems are standing there. The latter parties are more concerned with stopping IndyRef2 than getting the Tories out of power. This is against the wishes of many of their party members. For example, by 2020 Scottish Labour voters were split (i.e., not entirely opposed) on the issue of Independence and holding a second Independence referendum.

Despite the left’s refusal to form an alliance, the SNP is likely to maintain their plurality in the Scottish Parliament.

The tactical voting campaigns in the 2019 general election ended in a fiasco, with three websites often giving different advice. But voters can do their own research. Councils post their election results in PDFs on their websites. Voters must look at the data from the last election. If the incumbent is a Tory, they need to see who came close to winning last time and if the runner-up candidate or party is standing again, vote for them; especially if the candidate has a strong local presence.

Holding your nose is the essence of tactical voting. In the absence of mature and self-sacrificing political leadership, voters should pressure their preferred candidate to stand down if it means clearing a path to victory for a non-Tory.

Related: Labour calls for senior minister to front parliament over allegations made by Cummings