From the newsletter: after a scandal-filled week, anyone surprised that this is what Boris Johnson's government looks like is kidding themselves. 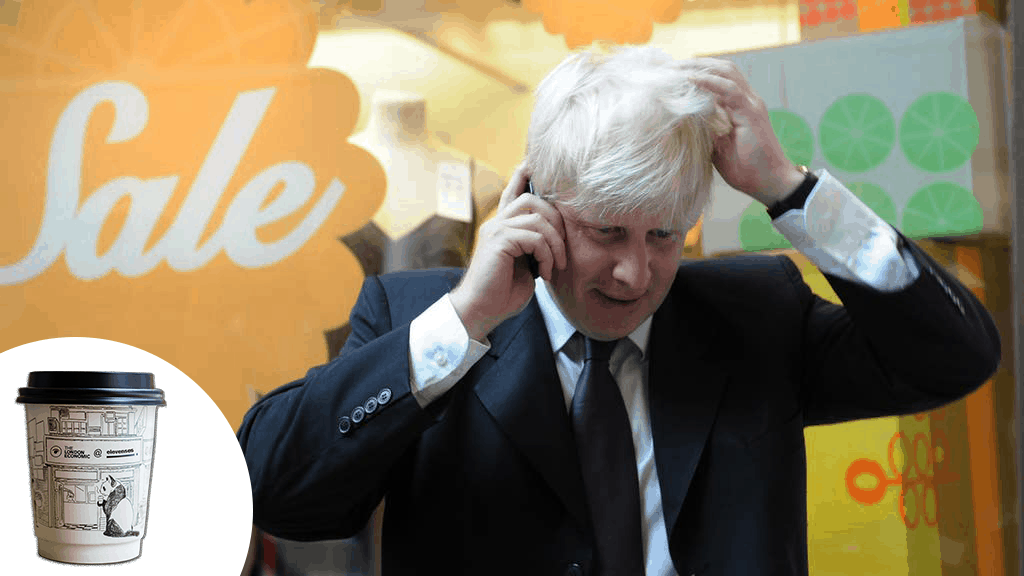 Mother of mercy, is this the end of Boris Johnson? Probably not. But, like Edward G. Robinson’s Rico in Little Caesar, the prime minister ends the week rather more wounded than he began it. The rap sheet is long and labyrinthine. Among other misdemeanours, Johnson is accused of declaring that he’d rather see “bodies pile high” than take England into a third lockdown; of outsourcing the funding of his Downing Street flat refurbishment to a Tory donor and of promising vacuum mogul James Dyson that he’d bend the tax rules for him. It’s a mark both of the scale of the scandal, and the chunks the country is kicking out of coronavirus, that the pandemic has barely made news this week.

So, what to make of it all? Some pundits have been quick to pen Johnson’s political obituary this week, while others have apparently decided that none of it matters because mystical Red Wall voters – who we’ve for some reason decided are the moral arbiters of the nation – might not give a monkeys. One unavoidable truth about the entire sorry affair is that none of it has felt especially surprising. Oh, you’re saying that Boris Johnson – he of the affairs, the man who went to court to keep secret his fatherhood of a love child, the journalist twice-sacked for lying – hasn’t crafted a government of unimpeachable moral integrity? Colour me shocked.

This is who Conservative MPs – dismayed by Theresa May’s failure to batter Jeremy Corbyn into submission – chose. Why? Because they thought he could win, like he twice won the mayoralty of Labour-leaning London, like he won the referendum. And Johnson did win. He won the Tories their biggest majority since the 1980s. They’ll probably still come out on top in next week’s locals, too. Even a scandal-mired Conservative party still polls double-digits ahead of Labour. For all the prime minister’s puce-faced rage at the despatch box this week, he only really needs to feel hot under the collar when the winning stops.

Another point of interest – as Clive Martin and others have highlighted this week – is that the country’s media has decided to whip up a frenzy over this particular episode of so-called corruption as opposed to, say, the millions upon millions in public coronavirus contracts handed out to government friends and donors. Why is this a bigger deal than Matt Hancock being repeatedly rinsed by the High Court over dodgy PPE deals?

News desks would probably tell you that the Downing Street decor debacle – ‘Cash For Curtains’, as some hacks are keen to christen it – is a story for the everyman. We’ve all heard of John Lewis, we all understand it, we can all place someone else on a class spectrum based on how they talk about it. But stuff like money laundering and tax havens? Nah, that’s too complicated. People don’t get it, therefore they don’t care – never mind that making the opaque transparent is a fairly hefty part of a journalist’s job description. One prominent lobby journalist neatly surmised this blindspot earlier this week, musing that, if the Tories were to sweep the Hartlepool by-election, the Tees Valley and West Midlands mayoralties next week, “it’d be a sign that Twitter and Westminster are (again) disconnected from Britain”. Which, to Elevenses’ ears, sounds like a tacit admission that you’re not really doing your job properly.

As for the ‘bodies pile high’ comment, it somehow feels more damning that the bodies did actually pile high, in no small part due to Johnson’s dither and delay. More than a thousand people were killed by Covid-19 every day for 24 days straight in January. There have been far more deaths in the second wave than the first. That feels like a much more impeachable offence than something stupid shouted in a fit of pique. All in all, it’s been a grubby week for an increasingly grubby-looking government. Thank goodness the pubs are open.