The PM remains the “ultimate arbiter” of the ministerial code, meaning he “effectively marks his own homework”. 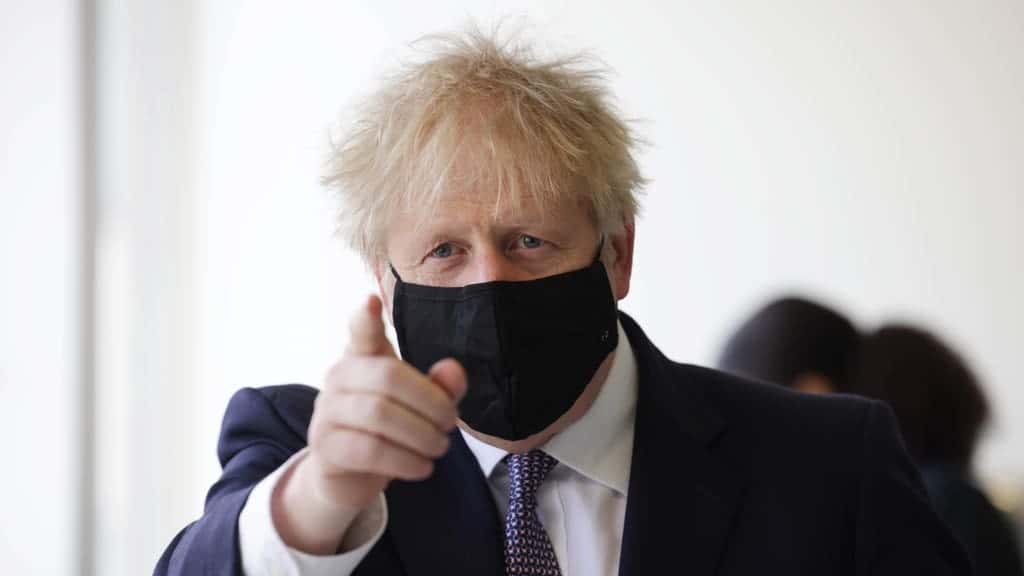 Boris Johnson has criticised questions over the lavish refurbishment of his Downing Street flat as a “farrago of nonsense” as he vowed to comply with the Electoral Commission investigation.

The Prime Minister said on Thursday that “I don’t think there’s anything to see here” despite the watchdog saying there are “reasonable grounds” to suspect an offence as it launched a formal inquiry.

The probe will seek to establish who initially paid for the work and whether any donation was properly declared amid suggestions he was given a loan from the Conservative Party.

Investigators can demand documents and information, and could potentially seek a statutory interview with the Prime Minister as part of the process.

During a visit to a London school, Mr Johnson told broadcasters: “We will comply with whatever they want, and I don’t think there is anything to see here, or worry about.”

The upmarket overhaul of his No 11 residence was inspired by a desire to get rid of the “John Lewis furniture nightmare”, as reported by the Tatler magazine covering high society.

But Mr Johnson said: “The one thing I object to in this whole farrago of nonsense is I love John Lewis.”

He declined to commit to immediately publish in full any findings from newly appointed ministerial standards adviser Lord Geidt as he carries his own review into whether any donations were properly declared.

The refusal led to renewed criticism from Labour, who were already objecting to the arrangement because the Prime Minister remains the “ultimate arbiter” of the code, meaning he “effectively marks his own homework”.

Mr Johnson argued, in a letter to chairman of the Committee on Standards in Public Life Lord Evans, that he “cannot and would not wish” to give up the power.

“That vital responsibility is quite properly mine alone and, as an elected politician, one for which I am ultimately accountable to the electorate,” he said.

If we appeal is the judge just him in a moustache pic.twitter.com/AqREby6Gvx

Lord Geidt was appointed to the position on Wednesday, five months after the resignation of his predecessor Sir Alex Allan.

Sir Alex quit in response to Mr Johnson standing by Priti Patel despite an investigation finding the Home Secretary’s conduct “amounted to behaviour that can be described as bullying”.

Lord Geidt does not have the power to launch his own investigations and No 10 confirmed that the Prime Minister remains the final adjudicator of any breaches.

Labour’s shadow chancellor of the Duchy of Lancaster Rachel Reeves said: “The Prime Minister can’t be judge and jury on his ministers’ – or indeed his own – behaviour.

“The Prime Minister shouldn’t be able to block investigations into his ministers or himself when breaking the ministerial code.”

Labour leader Sir Keir Starmer said the situation was getting “a bit farcical” as he urged Mr Johnson to “answer a very simple question” on who initially paid for the refurbishments, adding: “What is he hiding?”

Lord Geidt has been tasked with “ascertaining the facts surrounding” the renovation and advising Mr Johnson “on any further registration of interests that may be needed”.

Cabinet Secretary Simon Case, who is head of the Civil Service, is also undertaking a review.

Mr Johnson has said he “personally” paid for the renovations but has refused to say whether he received an initial donation from the Conservative Party to cover the costs reported to be up to £200,000.

Chancellor Rishi Sunak has made it public that he paid “upfront and entirely at his own expense” when he redecorated his own Downing Street flat last year.

Treasury minister Kemi Badenoch, responding to a question from Labour, gave a written answer stating: “The Chancellor of the Exchequer redecorated the No 10 Downing Street flat last year.

“It was paid for upfront and entirely at his own expense.

“No request was made to HM Treasury.”

Questions have been mounting over the flat since former aide Dominic Cummings accused Mr Johnson of wanting donors to “secretly pay” for the renovations to the apartment in a “possibly illegal” move.

The Electoral Commission said its investigation will “determine whether any transactions relating” to the renovations “fall within the regime regulated by the commission and whether such funding was reported as required”.

The Conservative Party said it would “continue to work constructively” with the commission but argued “we believe all reportable donations have been transparently and correctly declared”.

Prime ministers get a budget of up to £30,000 per year to renovate their Downing Street residency, but newspaper reports have suggested Mr Johnson’s costs have spiralled.

Tory peer Lord Brownlow said in an email leaked to the Daily Mail that he was making a £58,000 donation to the Conservatives “to cover the payments the party has already made on behalf of the soon-to-be-formed ‘Downing Street Trust’”.

Relate: UK aid cut: UN reveals ‘sickening’ numbers of child and maternal deaths that could have been saved