In 2019 Boris Johnson used Isle of Man kippers to claim the EU was behind 'pointless and damaging' red tape - forgetting it is not in the EU. 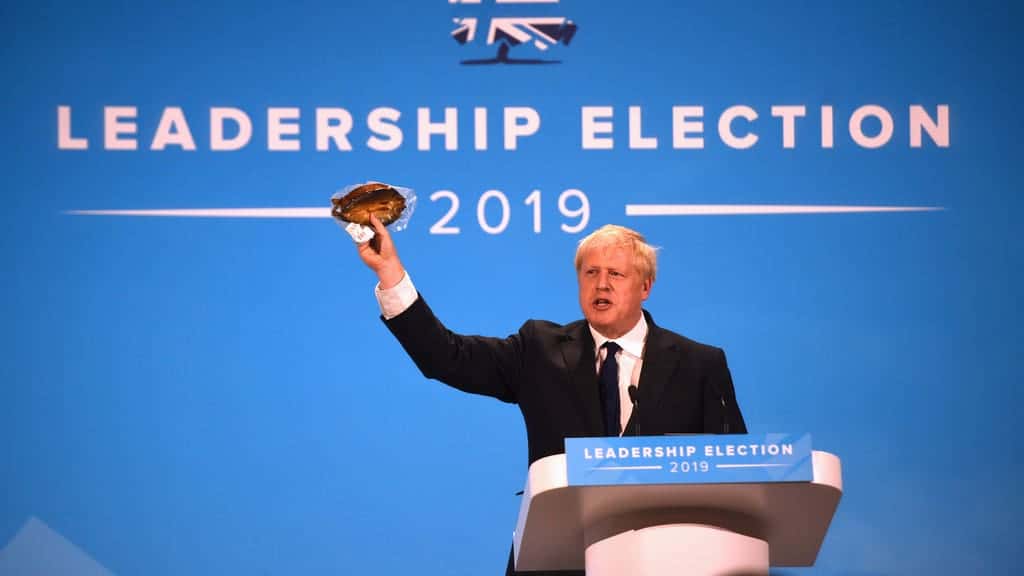 The Isle of Man successfully jettisoned itself from the UK’s disastrous fisheries deal during the Brexit process thanks to its position as a British Crown Dependency.

The industry is worth £20 million to the island annually.

Environment, food and agriculture minister Geoffrey Boot said maintaining access to EU markets for those products was a “key factor” for the island as it is “where 80 per cent of our catch goes” before the transition ended last year.

“If we’d lost that market overnight that would have been catastrophic for the fishing industry,” he added.

But the same cannot be said elsewhere.

In Scotland the fishing industry is said to have endured a “dreadful first few weeks” with new issues emerging “every day that passes”.

Producers have expressed frustration at the lack of government action, while last month seafood hauliers protested against the Brexit fishing deal by stacking lorries in central London.

Earlier this month environment secretary George Eustice described the decision to place barriers on live UK shellfish exports as “indefensible”, claiming the EU ‘unexpectedly’ changed its position on the matter.

Scallops exported from the Isle of Man are not subject to this particular regulation as they do not fall within the category of live bivalve molluscs, but agreements elsewhere were made in order to protect the island’s vital industry.

Speaking in the Tynwald, chief minister Howard Quayle said without access for EU boats in Manx waters there would be difficulty exporting island goods, making it a no-brainer for such an export-reliant industry.

He added: “I know that some people would have wanted a future where no foreign vessels were able to fish in our waters.

“If we had refused access to this limited number of EU vessels and as a result had not secured the goods part of the deal, Manx-caught products would have been subject to tariffs when sold into Europe.”

Mr Quayle added on the fisheries arrangements with the EU: “We will have the right to license these vessels and manage our waters in a way that puts sustainability of our waters, and our industry, at its heart.”

Ahead of the election in 2019 Boris Johnson was accused of spreading fake news after claiming “Brussels bureaucrats” were behind rules about sending Isle of Man kippers by post.

Officials in Brussels pointed out that the rules were set in the UK and EU food safety commissioner Vytenis Andriukaitis reminded Mr Johnson, a former Brussels correspondent, that the Isle of Man is not in the European Union.

Mr Andriukaitis tweeted: “Boris, the Isle of Man is not bound to the EU ‘pointless and damaging’ red tape in food safety that we are proud of because it protects consumers.

“You omitted to say that the Isle of Man is not in the EU. This packaging –  UK competence. Yet another smoke. #fakenews.”

UPDATE: Earlier versions of this article claimed the Isle of Man had entered into separate negotiations with the European Union in relation to fisheries. This is not the case. The arrangements which set out the terms of access for certain EU vessels to parts of the Isle of Man’s territorial waters in the future are set out in Article FISH.10 of the UK-EU Trade and Co-operation Agreement (TCA). The TCA, as it relates to the Isle of Man, was negotiated by UK officials, on behalf of and in consultation with Isle of Man officials, and was concluded on 24 December 2020.