The country will move back to the tiered system of coronavirus restrictions. 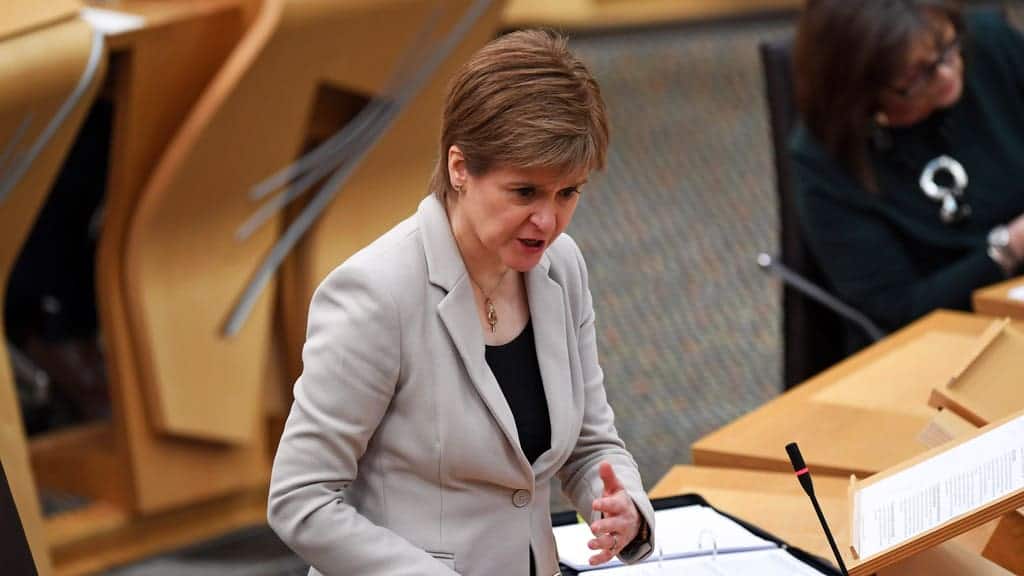 Scotland’s stay-at-home order is expected to be lifted from April 5 under a phased plan to lift lockdown, Nicola Sturgeon has announced.

She told the Scottish Parliament “if all goes according to plan” the country will move back to the levels system of coronavirus restrictions from April 26, with all council areas moving to Level 3.

This will allow a “phased but significant reopening of the economy, including non essential retail, hospitality and services like gyms and hairdressers”, the First Minister said.

Unveiling the revised road map out of lockdown, Sturgeon told MSPs lockdown would ease in phases, separated by at least three weeks and contingent on suppression of the virus continuing.

The partial return of pupils to schools which took place on Monday was the first phase, she said, with the second set to take place no earlier than March 15.

This is expected to involve P4-P7 pupils returning as well as more senior phase pupils in secondary schools, along with an increase in outdoor mixing to four people from two households.

Communal worship, a further extension to outdoor mixing and more freedoms in retail are also hoped to be put in place from April 5, with Ms Sturgeon saying her “hope and expectation” is the stay at home order will be lifted then and all pupils back at school.

She said she hopes to be able to give more detail in mid-March on the easing of restrictions.

1,663,885 people in Scotland have been tested for #coronavirus

Sadly 56 more patients who tested positive have died (7,006 in total)