Britain First has claimed it will patrol Kent beaches to confront any migrants coming ashore in small boats. 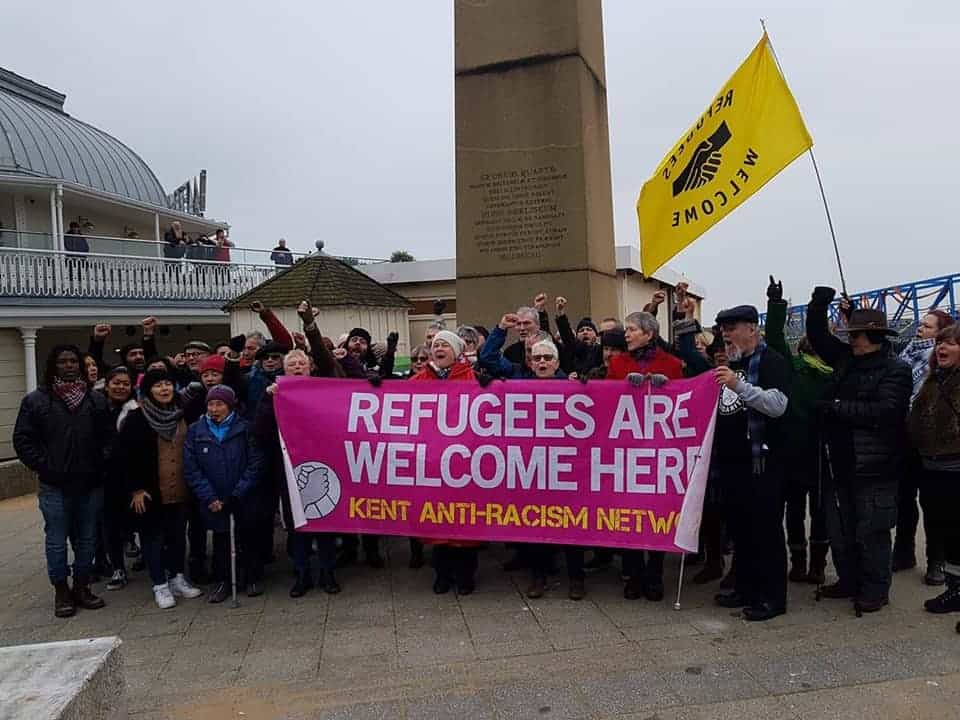 The Home Office has said people “must not take direct action” against migrants, after a far-right group threatened to “intercept and deter” any crossing the Channel to the UK.

Britain First has claimed it will patrol Kent beaches in response to the migrant crisis and confront any it finds coming ashore in small boats.

The group’s leader Paul Golding, who was jailed last year for hate crimes, referred to the plan as “operation White Cliffs”, adding: “We are going to do something decisive.

“We will intercept and deter.”

Charities hit out at the claim, which was also mocked by some online commentators.

When asked for its response to Britain First’s so-called migrant patrol, the Home Office said: “Members of the public should report any unusual or suspicious activity to their local police and must not take direct action against any individuals or groups.”

Care4Calais, which works with migrants in France, said: “We are shocked and concerned to learn of this unsettling development on our Kent coastline.

Migrant support group Seeking Sanctuary is reported to have also said that dealing with migrant crossings should be left to the authorities.

Locals hit back at Britain First

Local anti-racism campaigners have organised a rally in Folkestone on Sunday in light of Britain First’s announcement.

The Kent Anti-Racism Network said the event was an “opportunity for some of our wonderful coastal community to come together to say that refugees are welcome here.”

A spokesperson for Kent anti racism network said: “I see a huge amount of effort local people put into looking after refugees. Although there are mixed feelings in Kent about immigration and asylum only a tiny amount of people would ally themselves with the fascist ideology of Britain First and it’s fair to say people are pretty disgusted by this.

“They are trying to capitalise on people’s misery and it’s really important people realise they are a tiny fringe extremist group.”

Kent Police said it would respond to any incidents along the coast in the same manner as any taking place inland, adding that it worked with the coastguard, Border Force and the RNLI.

A Home Office spokesman added: “Crossing the Channel in a small boat is a huge risk.

“We are working closely at all levels with the French authorities to tackle this dangerous and illegal activity.

“In addition, Border Force cutters are patrolling the Channel and we have deployed equipment to detect migrant activity.”

Earlier this year Britain First was among a number of far-right groups banned from Facebook.

It was also fined more than £44,000 by the Electoral Commission for breaking financial rules when it was registered as a political party up to November 2017.

READ MORE: Video – Britain First thugs pelted with rocks when they went to Calais to tell migrants not to cross Channel