The boyfriend of jailed Britain First leader Jayda Fransen has been arrested on suspicion of sexual assault. Fanatic was regional boss of the English Defence League before Britain First’s security guard, arrested after a woman told cops he had tried to force himself on her last December. Online snaps show Fransen, 32, on a date […] 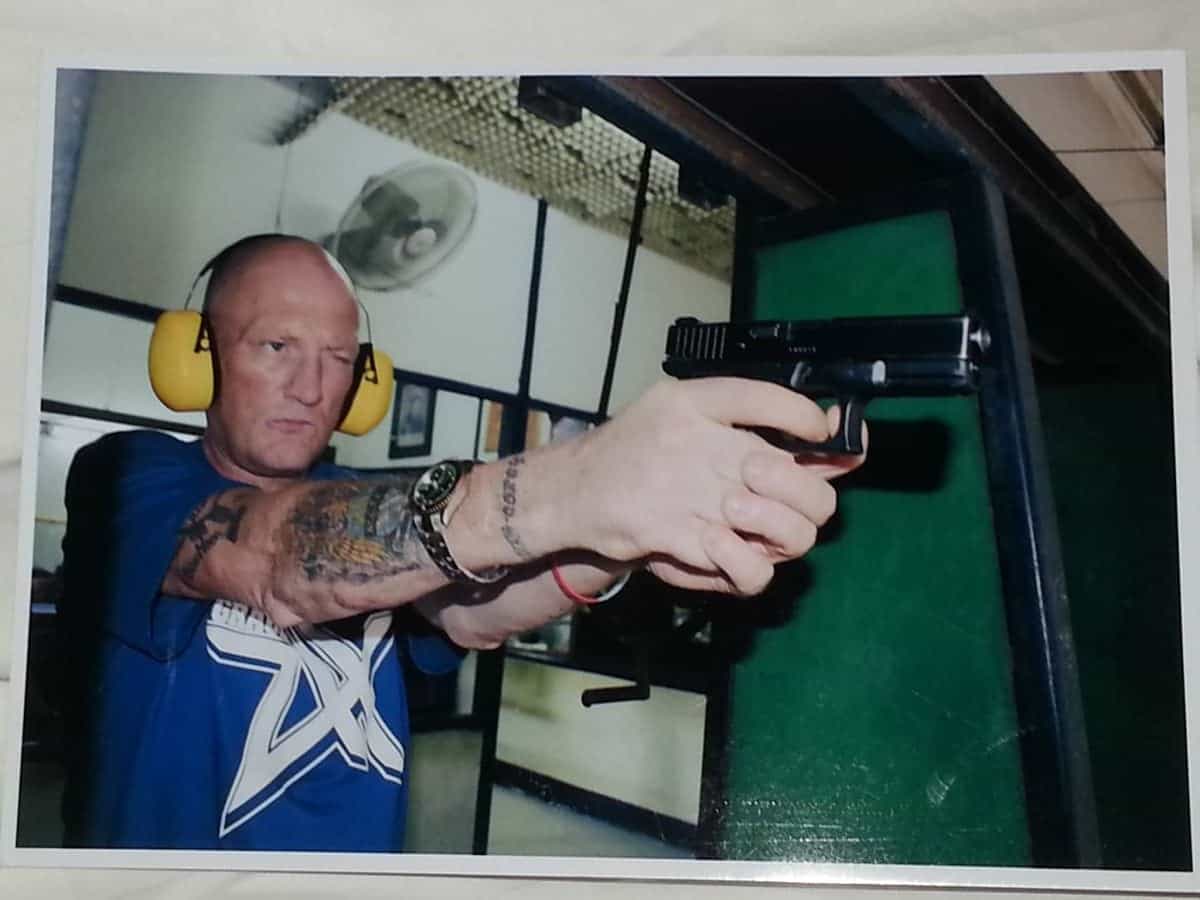 Britain First deputy leader Jayda Fransen’s boyfriend has been arrested on suspicion of sexual assault we can confirm.

Andrew Edge, has been held by Greater Manchester Police and questioned for an alleged sexual assault.

The 47-year-old was constantly seen by Fransen’s side when she made her numerous appearances in court. The Donald Trump retweeted anti-Muslim campaigner is currently serving a nine month sentence for religiously-aggravated harassment over an incident in Kent. 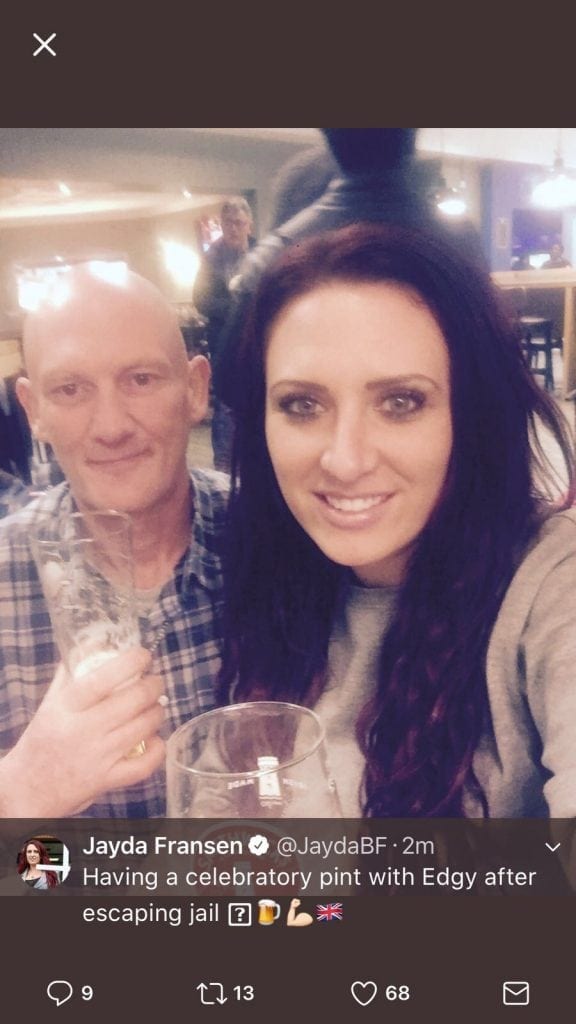 Edge, of Stockport, Greater Manchester, was arrested on suspicion of sexually assaulting a woman in his flat over a three to four-hour period.

Far right activist Fransen has reportedly continued her relationship with Edge despite the arrest.

A Greater Manchester Police spokesman said: “A 47-year-old man has been released under investigation. Inquiries into the full circumstances around this incident are ongoing.”

Greater Manchester Police said: “At around 12pm on Thursday 4 January 2018, police received a report of sexual assault which had happened between July and August 2016 in Offerton.” 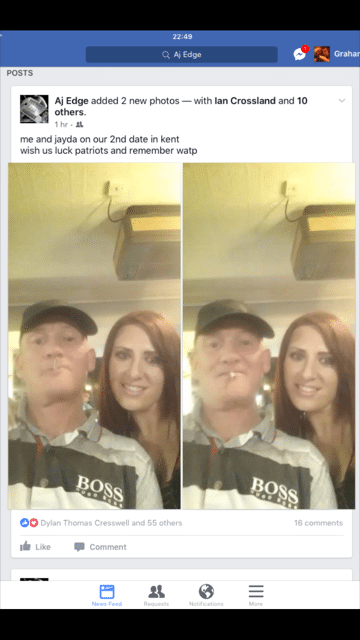 Edge led the Stockport branch of the English Defence League (EDL). He was convicted in 2014 of violent disorder during a far-right rally in Birmingham the previous year when 50 EDL members were arrested after violence broke out and missiles were thrown at the police. As he was sentenced to 21 months he chanted: “EDL, EDL, EDL.”

The thug was filmed trying to confront the Leader of the Opposition as he arrived in Crewe.

Here is the moment the EDL's Andrew Edge tried to confront Jeremy Corbyn in Crewe today. Edge had been promising his followers he would assault Corbyn. Video courtesy of @RhiannonFox 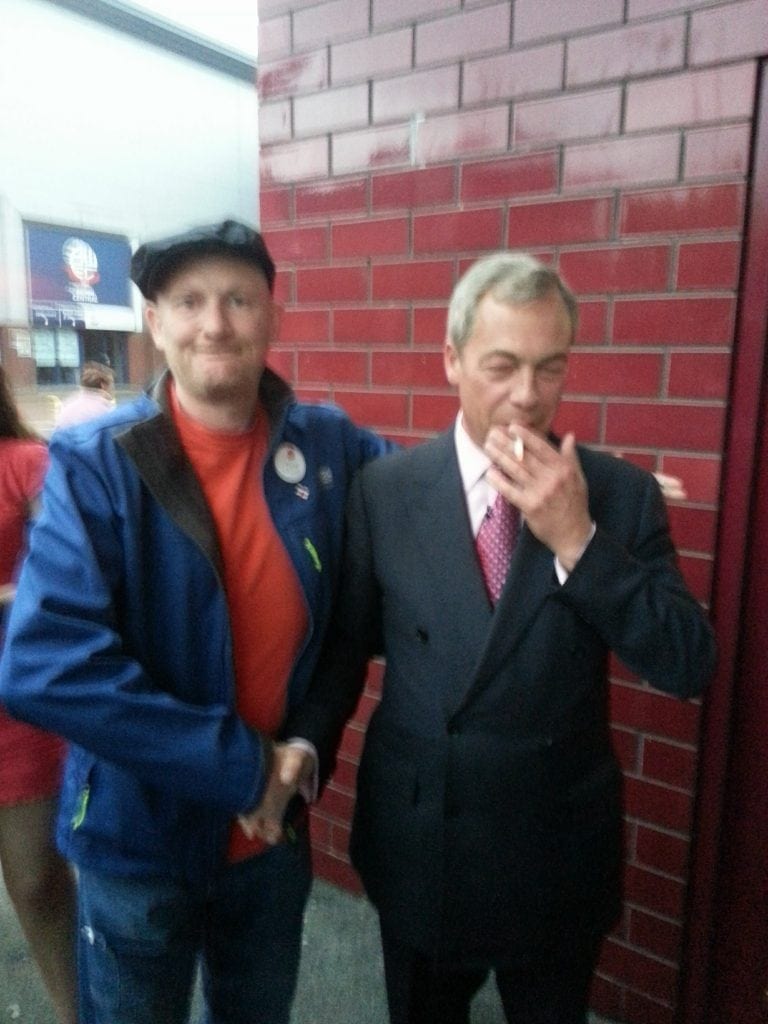 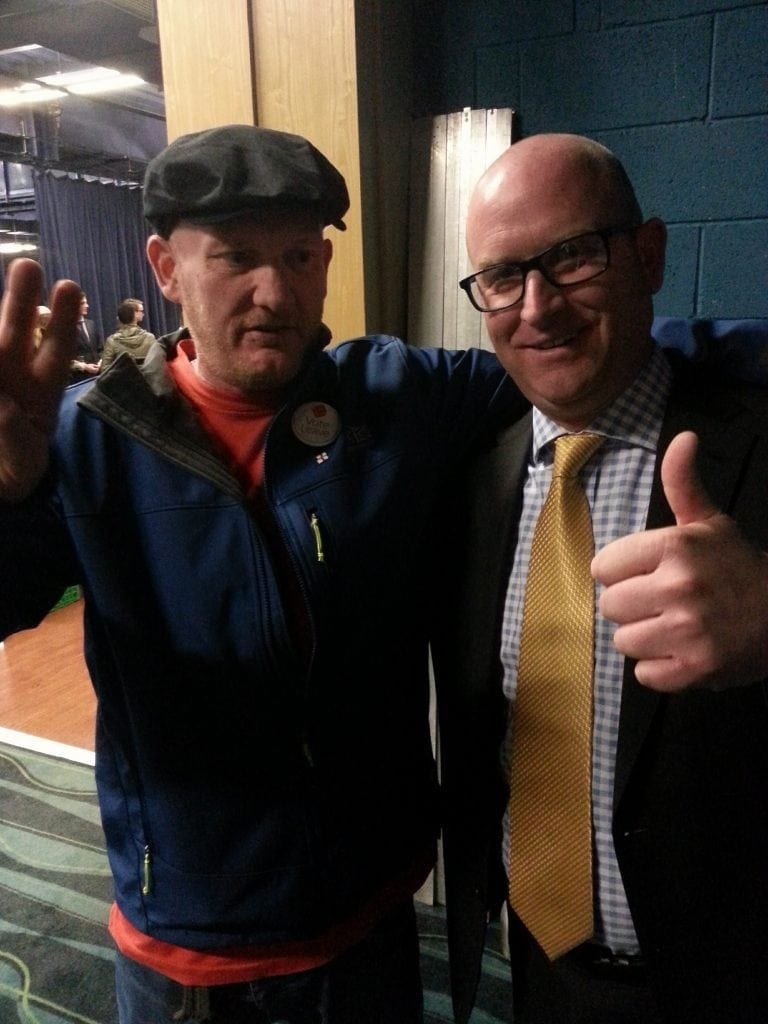 In one Facebook photograph with Nigel Farage the pair are holding a sign that reads: ‘We want our country back. Vote to leave.’ 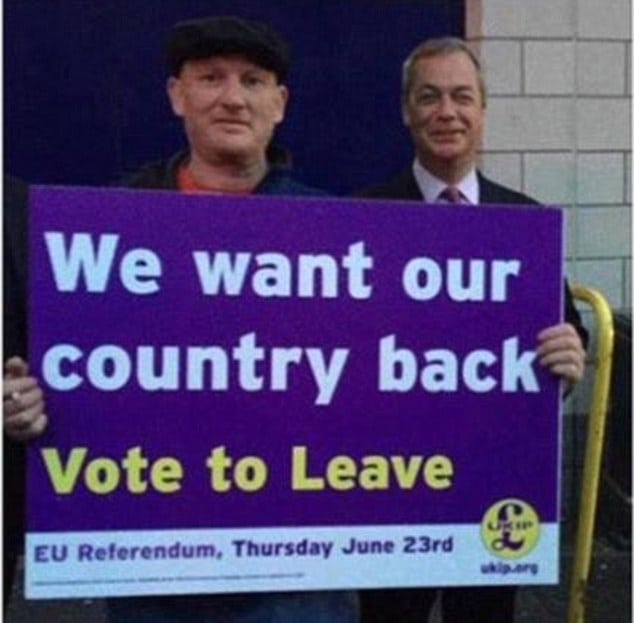 And Edge also poses on Facebook with a gun and with far right Islamophobe Tommy Robinson. 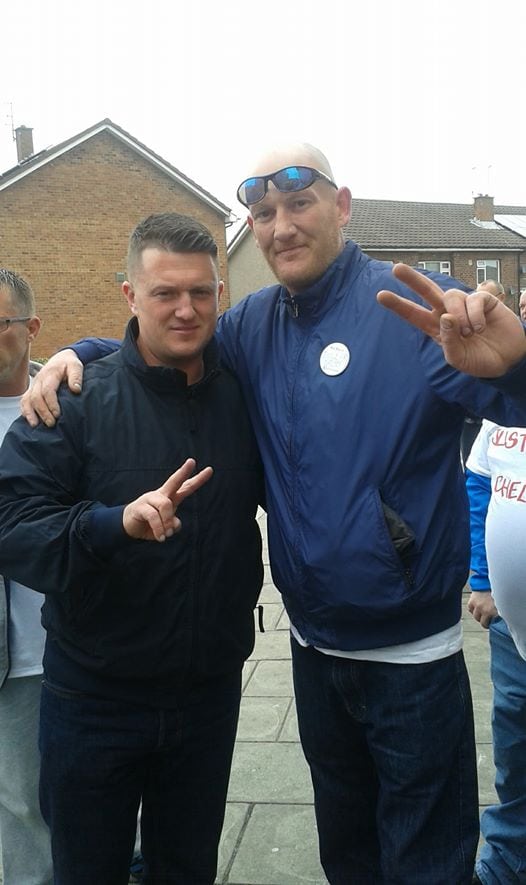 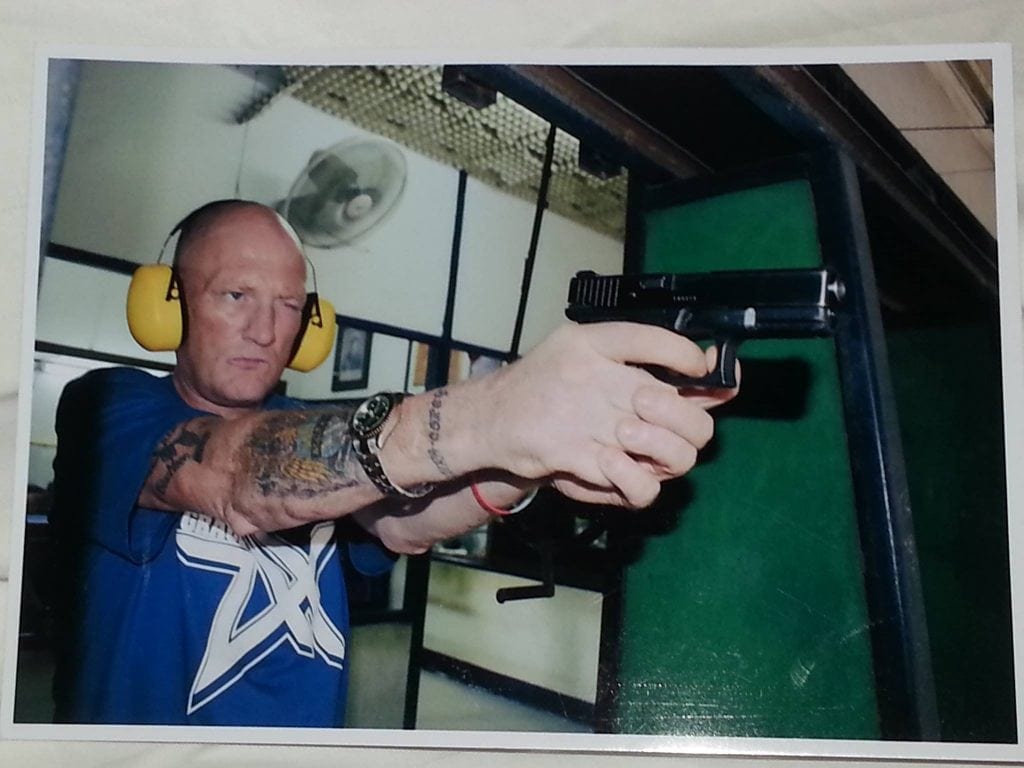 Edge, of Stockport, Greater Manchester, was snapped outside a court wearing a mask of US President Donald Trump last December when Fransen appeared accused of making racist comments about Islam.

The US President had a spat with British politicians including the Prime Minister when he retweeted Fransen’s fake and anti-Islamic tweets by mistake. 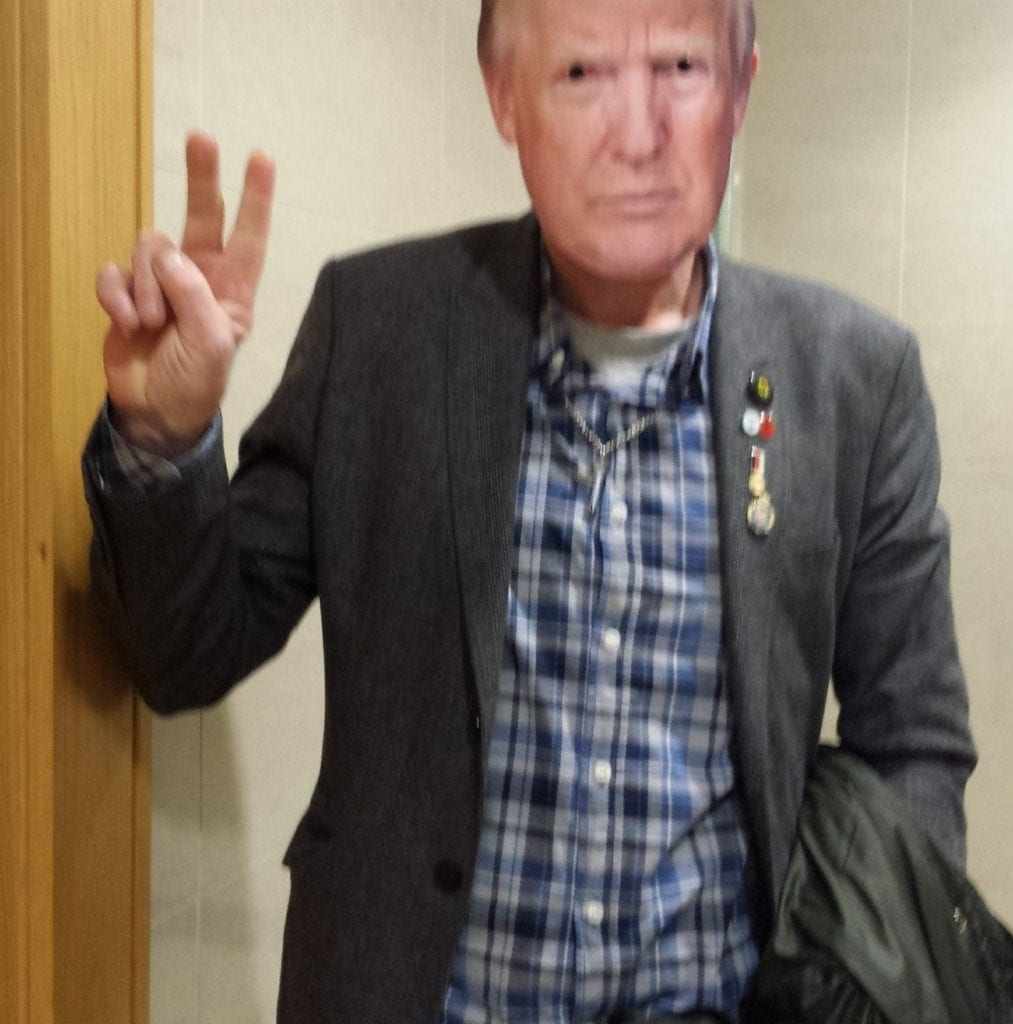 Britain First leader Paul Golding and his Deputy Jayda Fransen were jailed this month for religiously-aggravated harassment over an incident in Kent.

On May 5, Golding filmed herself trying to enter a takeaway and shouting abuse at innocent people inside.

The following day, May 10, a vulnerable Canterbury man learned that a video had been posted online in which his address was wrongly identified as the home of one of three Muslim men and a teenager on trial for raping a 16-year-old.

Fransen denied using the phrase “Muslim bastards”, or saying that all Muslims are rapists.

Golding told the court that he was only acting as Fransen’s cameraman, and that it was her campaign.

But he was sentenced to 18 weeks’ imprisonment at Folkestone Magistrates’ Court while Fransen was jailed for nine months.

Fransen is also awaiting trial for inciting religious hatred and has also been charged over a speech she made in Northern Ireland.

Frayden has been arrested multiple times for hate crimes and Golding, a former BNP councillor has been held four times by anti-terror police. 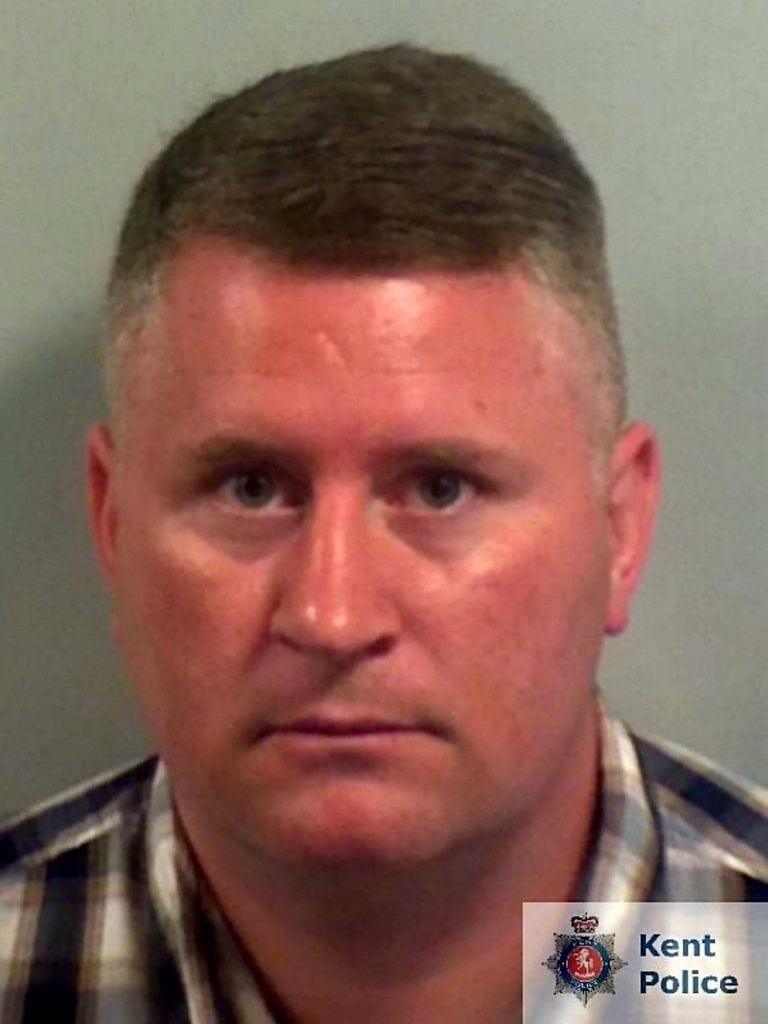 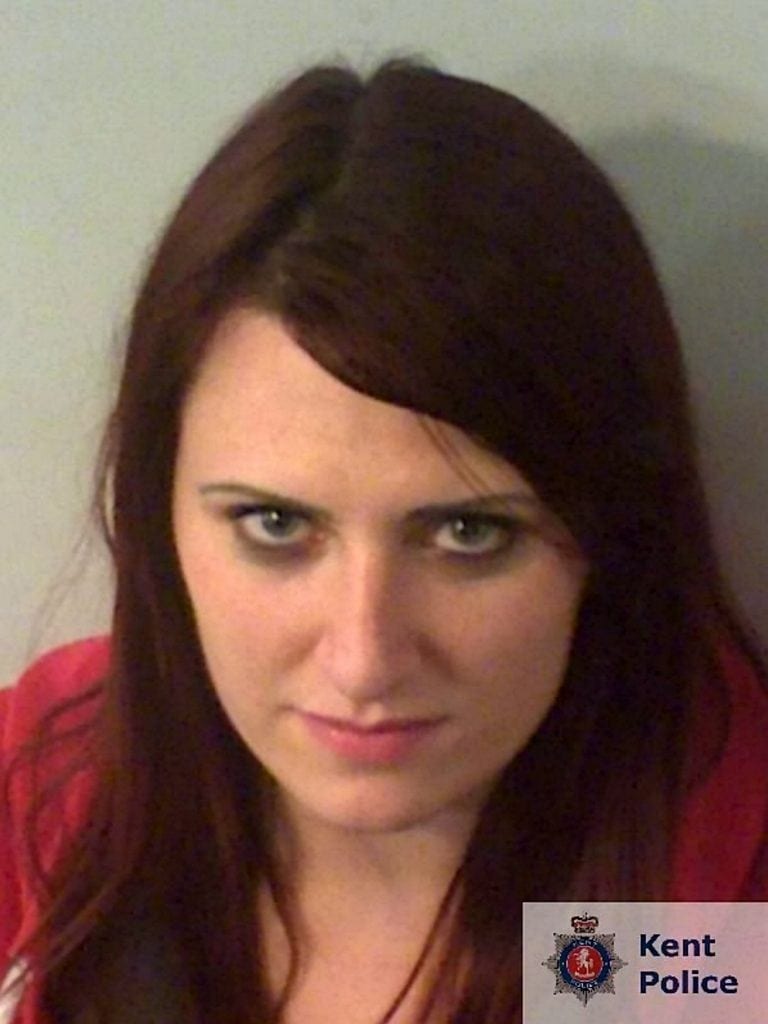 Facebook this month removed the pages of Britain First and its leaders, saying they had repeatedly violated its community standards.