Paul Golding, leader of Britain First, travelled to Europe with a team of supporters to film himself confronting asylum seekers - but left swiftly with his tail between his legs when the fuming migrants began hurling rocks at him. 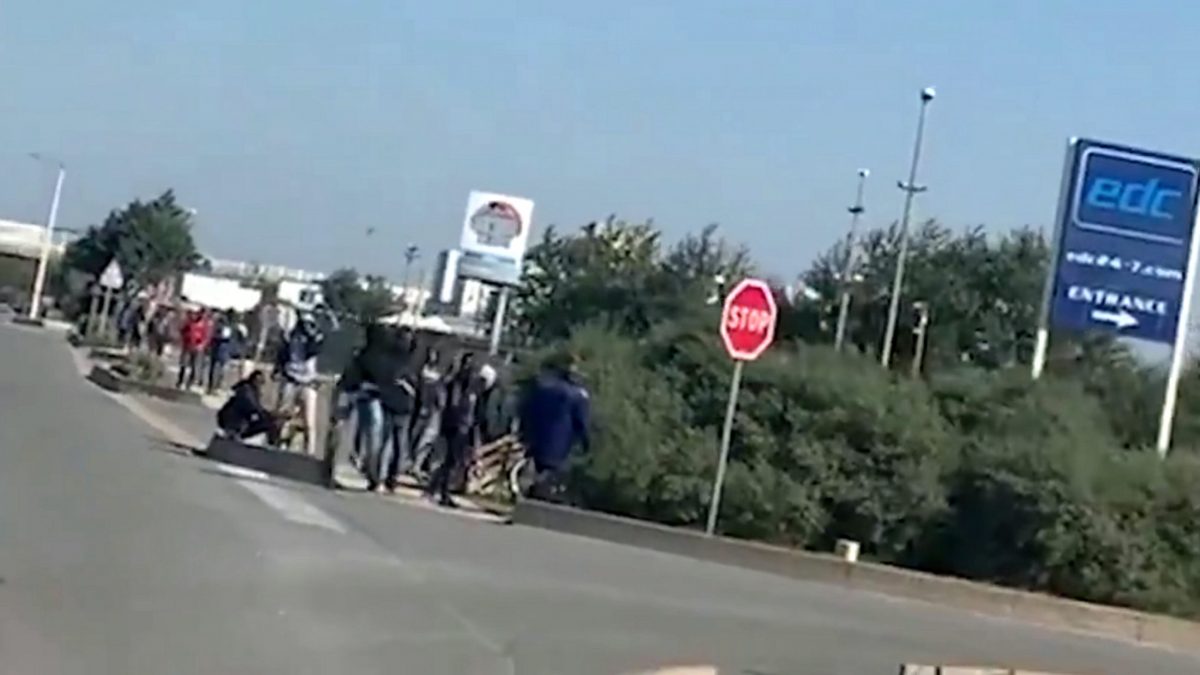 Britain First thugs were pelted with rocks and stones when they went to Calais to tell migrants not to cross the Channel.

Paul Golding, leader of Britain First, travelled to Europe with a team of supporters to film himself confronting asylum seekers – but left swiftly with his tail between his legs when the fuming migrants began hurling rocks at him.

Golding, 37, told groups of struggling refugees around the French port town that ‘Britain is full’ and they should not attempt the crossing.

But migrants fought back against the racist rhetoric by throwing stones at the car carrying the Britain First volunteers.

Shoving a camera in their faces, Golding said: “We represent a lot of people in Britain and we don’t want you to come to our country.

“You can’t go to England you’re not welcome. We’re full up. We want to look after our own.

“Go back to where you came from.”

Golding added to camera: “These are the migrants that are infesting Calais.

“They started throwing rocks at us.

“It makes me sick. One drive past these people shows how disgusting they are.”

Golding has been convicted of several race and religious-related crimes, and has served time.

Riccardo La Torre, firefighter and Eastern Region Secretary of the Fire Brigade Union said: “The announcement by far right activists to begin migrant patrols along the coast is despicable – these have a go, racist vigilantes have no place in any kind of enforcement or emergency activities and will only serve to make conditions and tensions worse.

“We are a humanitarian service, not an enforcement service. We stand with other working class people, not against them.

“This latest stunt shows exactly who these far right groups truly serve, and it certainly isn’t workers like us.”

The far-right group are also under fire for launching patrols along the South Coast, which has been branded ‘shocking’ and ‘irresponsible’.

The hardline right wing group said they will patrol to “lookout” for illegal asylum seekers – and have vowed to step up their campaign along the White Cliffs in the coming weeks as desperate people try the dangerous crossing before winter.

He said: “That patrol was more of a trial run. Once we’re up and running, we’re going to be out there continuously.

“We’ve got about a dozen activists. We’re getting equipment, camping chairs and binoculars and the like.

“We went over to Calais to deter them from doing the crossing. We said to them, ‘don’t bother coming over. This country doesn’t want you. Don’t bother.'”

He said: “This is an unhelpful and unnecessary initiative, which will only inflame tensions.”