The hardline right wing group said they will patrol to “lookout” for illegal asylum seekers and have vowed to step up their campaign along the White Cliffs in the coming weeks as desperate people try the dangerous crossing before winter. 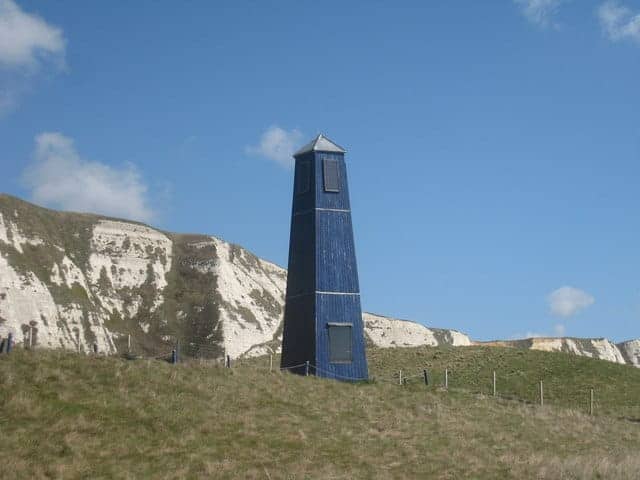 Britain First have been branded “scumbags” for launching patrols along the South Coast in a bid to stop migrants landing in dinghies.

The hardline right wing group said they will patrol to “lookout” for illegal asylum seekers and have vowed to step up their campaign along the White Cliffs in the coming weeks as desperate people try the dangerous crossing before winter.

The group will even station members on piers in a bid to catch sight of suspected migrants sooner.

Keeping a close eye out for migrant crossings

A statement from the group said: “This particular beach has been the main landing ground for multiple illegal migrant crossings.

“Equipped with torches, binoculars and hi-vis jackets, our activists patrolled the beach keeping a close eye out for migrant crossings.

“Until this situation is dealt with decisively by the authorities, we will continue and escalate these patrols.”

He said: “This is an unhelpful and unnecessary initiative, which will only inflame tensions.

“The various statutory bodies including the Border Force and the Coastguard are well able and equipped to deal with migrants arriving at our coast without any involvement or interference from other bodies.

“It is a shocking indictment of the atmosphere that has been created here, with the Tories’ ‘hostile environment’, and Boris Johnson’s cabinet’s intent on intensifying it, that we have a fascist group like Britain First having the confidence to launch such a racist initiative.

“Given the hateful politics of this group, the name of their vile stunt – ‘Operation White Cliffs’ suggests a chilling echo of the kind of references to ideologies of Germany in the 1930s.

“It aims to champion the hunting of the most desperate people who are only doing what any of us would do in embarking on the most horrendous and dangerous journeys to find a better life for their families.”

“We stand with other working class people, not against them“

“The announcement by far right activists to begin migrant patrols along the coast is despicable – these have a go, racist vigilantes have no place in any kind of enforcement or emergency activities and will only serve to make conditions and tensions worse.

“We are a  humanitarian service , not an enforcement service. We stand with other working class people, not against them.

“This latest stunt shows exactly who these far right groups truly serve, and it certainly isn’t workers like us”