Halfords recorded a 17-fold rise in the number of jerry cans sold over the weekend. 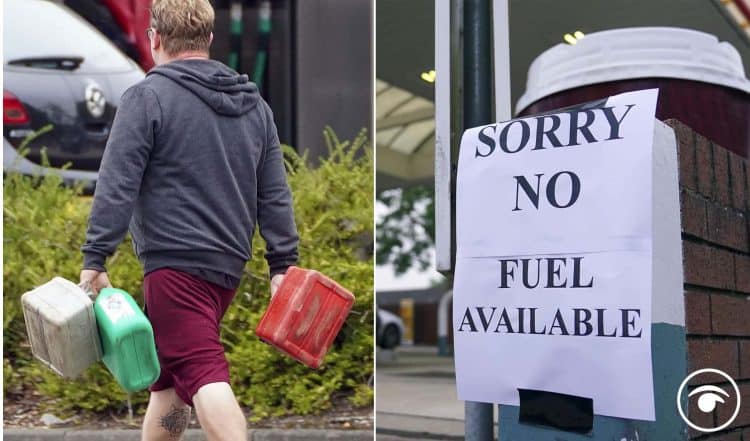 The fuel crisis has led to soaring demand for jerry cans and forms of transport that do not involve joining lengthy queues, new figures show.

Halfords recorded a 17-fold rise in the number of jerry cans sold over the weekend compared with the same period a week earlier.

The containers, used by motorists to stockpile fuel, was the fourth most common search term on the retailer’s website.

But some filling stations are rationing fuel to ensure as many people as possible can fill up their vehicles.

Halfords has also seen a 23 per cent spike in sales of bikes, with demand for electric bikes more than doubling.

With some drivers not ready to make the switch to two wheels, automotive classified ad firm AutoTrader said the number of searches for electric vehicles (EVs) across Saturday and Sunday was 60 per cent higher than during the previous weekend.

It added that EVs now account for around a quarter of all advert views, compared with 16 per cent in August.

Auto Trader commercial director Ian Plummer said range anxiety, which involves motorists being concerned that an EV will run flat during a journey, has been replaced by “fuel anxiety”.

This has led to “a massive surge in consumer engagement for electric cars”, he explained.

Mr Plummer urged the Government to take advantage of the shortage at filling stations to encourage more people to buy an EV.

He said: “Concern about petrol availability won’t end when the pumps start up again, and so this increased interest represents a unique opportunity to inform, to excite and to incentivise car owners to make the switch.

“If the Government is serious about reaching its 2030 targets, then it is one it can ill afford to miss.”

Sales of new petrol and diesel cars and vans will be banned in the UK from 2030.