Oh dear. Wilton Sampaio had a shocker out there last night - and England fans have taken out their frustrations on his Wikipedia page 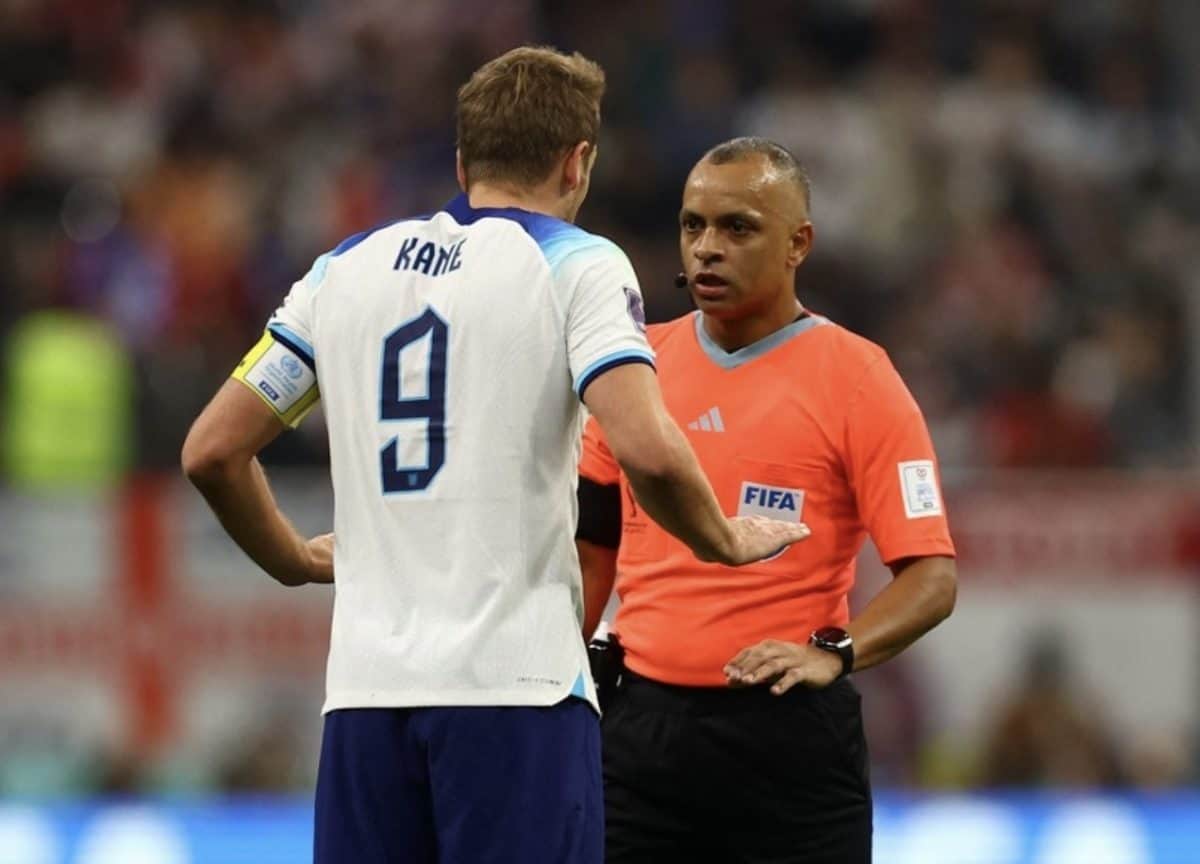 Well, it’s not a win, but for some England fans, this will have to do. Angered legions of footy followers set about vandalising the Wikipedia page of Wilton Sampaio, after the Brazilian referee made a string of errors in during Saturday night’s crunch quarter-final clash.

Who was the referee for England vs France?

The Three Lions crashed out of the World Cup, after losing 2-1 to France. Despite scoring a penalty earlier in the game, Harry Kane blazed a second one over the bar late on. An outpouring of support has since poured in for the captain, who has ‘taken responsibility’ for the result.

Although the referee had no choice but to award two stonewall penalties to England during the game (even then, one was VAR-assisted), Sampaio’s display was objectively poor. Pundits also lambasted the official for missing a foul in the build-up to the first France goal.

Gary Neville was searing in his criticism of the ref, branding him ‘awful’ and ‘a joke’. Defender Harry Maguire, meanwhile, didn’t mince his words in a post-match interview. The man affectionately known as ‘Slabhead’ delivered this damning indictment.

“He was really poor. From minute one… there were no yellow cards in the first 15 minutes, five or six incidents. For me, it’s a foul before the first goal. I can’t even explain how bad his performance was, I’ll end up getting fined. He never gave us anything.” | Harry Maguire

Who’d be a referee? England fans take their revenge

In the painful moments following the full-time whistle, a collection of England fans took matters into their own hands. Shortly after the introductory sentence on Wilton Sampaio Wikipedia page, the following edits were made: