Streeting hits out at BMA – pledges to take on ‘vested interests’

Problems with his own treatment have made political issues very personal for the shadow health secretary as he pledges to work hard to solve. 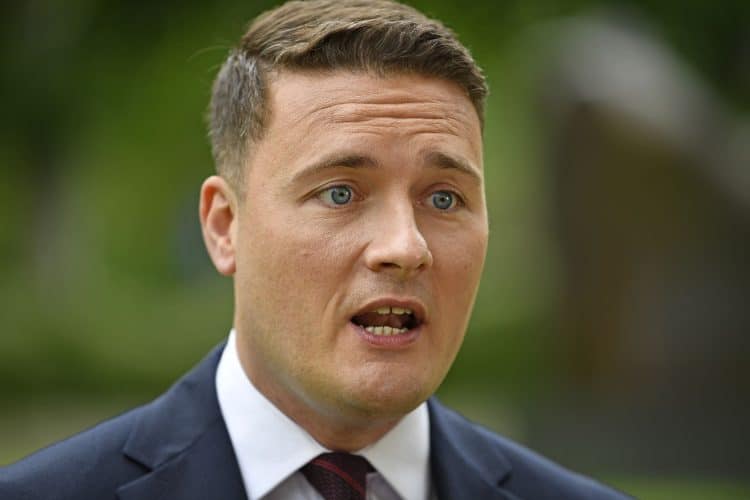 Labour’s shadow health secretary has hit out at the “hostile” British Medical Association as he promised to take on “vested interests” to reform the NHS.

Wes Streeting targeted the BMA trade union, which represents doctors and medical students, as he urged his party colleagues to see the NHS as a “service not a shrine”.

In an interview with the Telegraph newspaper, he said: “Given that we have committed to more staff, I cannot for the life of me understand why the BMA is so hostile to the idea that with more staff must come better standards for patients.”

“Whenever I point out the appalling state of access to primary care, where currently a record two million people are waiting more than a month to see a GP, I am treated like some sort of heretic by the BMA – who seem to think any criticism of patient access to primary care is somehow an attack on GPs.”

Mr Streeting, criticising what he called “defensive attitudes”, said that Labour will not have a “something-for-nothing culture in the NHS”.

“I think the BMA does doctors no favours when they vote for motions that look like they’re living on a different planet and, worst of all, aren’t really thinking about the best interests of patients,” he told the paper, after English GP representatives last month voted to cut GP core opening hours to 9am to 5pm.

The Government is currently facing waves of strike action from various sectors, with Royal College of Nursing (RCN) members due to take part in unprecedented strike action on December 15 and December 20.

Ambulance workers are also set to strike on December 21.

Mr Streeting, who has criticised the Government for its failure to negotiate with unions on pay in the current dispute with nurses, said: “I’m certainly not frightened to take on vested interests. And I’m not afraid to tell the BMA or other unions ‘no’ – and I think people respect that honesty.”

But he admitted that if Labour wins the next general election, the party “will be in a far worse position than the one we inherited in 1997, both in terms of the state of the public finances and also the state of the NHS”.

The Ilford North MP, who was treated for cancer last year, also described his own experience of NHS waiting lists as he awaited results of a scan.

He said: “I know the NHS is under immense pressure, but this is about the system.

“We’ve got technology that exists now that can analyse scans more accurately than two experienced consultants at the top of their game.

“Even if we kept one of those consultants in the process, because we want the reassurance of a pair of human eyes on a scan, and to not just rely on artificial intelligence and machine learning, we could double the capacity to analyse scans.”