We all love Senegal's dancing fans, right? Well, not quite. Roy Keane has expressed his disdain for the most joyful supporters on the planet. 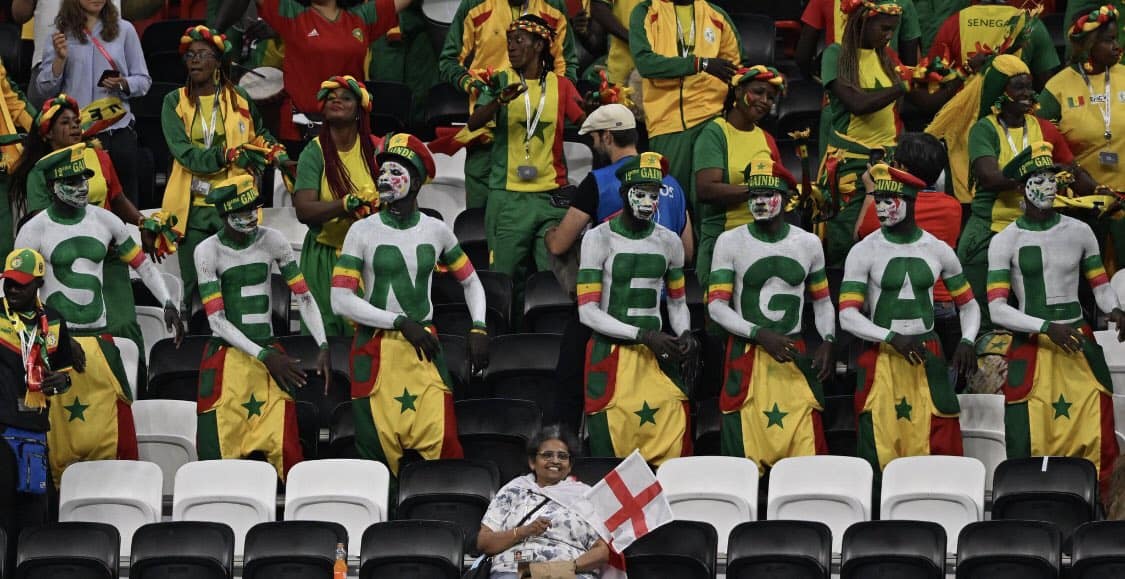 How true to form can one get? Roy Keane has lived up to his ‘Mr. Miserable’ reputation this evening, after he took exception to Senegal’s dancing fans in Qatar. The supporters were spotted gearing up for their crunch last 16 clash with England at the FIFA World Cup.

Although England breezed through the group stage, Senegal travelled a much rockier road. A thrilling 2-1 victory over Ecuador set-up a tantalising tie with the 1966 tournament winners – but their crazy and colourful fans have since stolen the headlines.

The all singin’, all dancin’ supporters have gone viral for their slick moves in the stands. They were even joined by rival fans for a little boogie in their last game. Alas, for those hoping Roy Keane would get involved in fun and games, we’ve got some bad news.

The ITV pundit, accompanied by England legends Gary Neville and Ian Wright, didn’t exactly stick to the script when the panel praised the Senegalese contingent. While his fellow guests lauded the noise and cheer, Keane summarised his feelings with just three words…

Classic Roy! With Senegal facing a mountain to climb on Sunday evening, their fans will be needed more than ever. The AFCON Champions have got form when it comes to shocks, however: It’s been 20 years since they stunned France with a 1-0 win on their World Cup debut.

England, meanwhile, go into the game with a largely unchanged squad. The one man to miss out this time, however, is Marcus Rashford. Despite bagging twice against Wales on Monday, the Manchester United forward was replaced in the starting XI by Arsenal’s Bukayo Saka.

It’s a bold move from Gareth Southgate, and he’s likely to face further scrutiny if England don’t make light work of their opponents tonight. Even if they win, we recommend keeping the celebrations to a minimum. One rogue Tik Tok dance could send Keano over the edge…