Barking FC play their home games at their stadium at Mayesbrook Park, Lodge Ave, Barking, Dagenham RM8 2JR. The club are also known as “The Blues” and have a colourful history which contains many different versions of the club – including Barking Woodville and Barking Institute. Barking played at Vicarage Field until 1973 when they […] 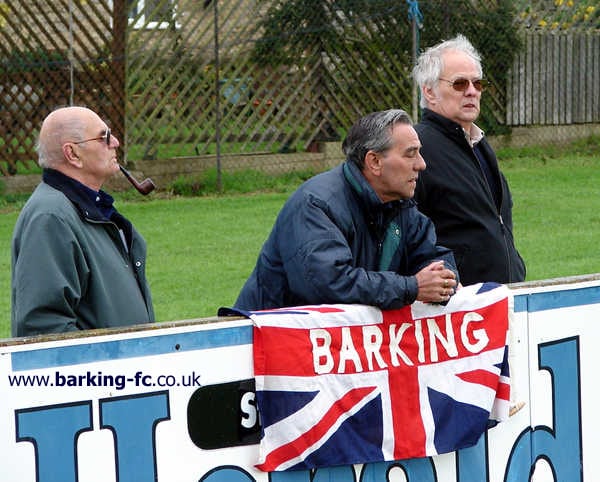 Barking FC play their home games at their stadium at Mayesbrook Park, Lodge Ave, Barking, Dagenham RM8 2JR. The club are also known as “The Blues” and have a colourful history which contains many different versions of the club – including Barking Woodville and Barking Institute. Barking played at Vicarage Field until 1973 when they moved to Mayesbrook Park as Vicarage Field was earmarked to become a shopping centre.

The current incarnation of the Blues began in 2007. Peter Webster took control of the club in 2004 but his tragic death only months later led to the slow downfall of the club leading to its liquidation in 2007 due to financial issues. The off pitch issues did not affect the team known as Barking and East Ham United on the pitch as they reached the Southern League Division 1 East Playoff’s in 2004/05 and 2005/06. The liquidation of Barking and East Ham United led to the club being reformed as Barking FC in its current form and being relegated to the Essex Senior League; it sits at Step 5 / Level 9 of the National League System.

The club floated around midtable until the 2014-15 season when the club finished 3rd but also won the Gordon Brasted Memorial Trophy with Mick O’Shea and Chairman Rob O’Brien at the helm. In the November of the next season however Rob O’Brien took the decision to remove himself and Mick from the management of the first team – experienced players Glen Golby and Steve Willis took over with Mick focusing on the club’s Academy taking over as Academy Director.

The Blues finished 15/16 season in 4th and the Academy also came close to success as the U19 scholar side beat Football League and Conference sides as they reached the Football Conference Youth Alliance League Cup Final but unfortunately lost 3-1 to Kidderminster Harriers. The 16/17 season saw success for the first team – they finished Champions of the Essex Senior League – winning the league with 100 points – 8 points clear of second placed Clapton. Barking scored a staggering 125 goals with James Peagram comfortably top scoring with 45 goals. Four other players also hit 20+ goals for Barking (Petrit Elbi, Joe Pearman, Omari Delgado and John Bricknell).

The step up has meant that more experience was desired from a managerial standpoint and this has led to Justin Gardner being appointed as a third joint-manager alongside Glen and Steve. Justin Gardner had a short spell managing Billericay last season before working with their U23s and before this had been a successful manager at Aveley in the Bostik League North and Bethnal Green in the Essex Senior League.

There has been a large player turnaround this summer as the club prepares for the new challenges but they have been quick to add players with experience at the higher level, including goalkeeper Ollie Bowles (signed from Concord Rangers), Brian Okwera (signed from Aveley), Goldy Capela (signed from Billericay), Theo Ola (signed after a spell in Sweden with Mjallby AIF) and Akwasi Marfo (signed from Romford). The club has also retained club captain Ben O’Brien; Ben currently has 305 appearances in a Barking shirt, putting him at 6th in the club’s overall list of appearance makers. He is 15 appearances behind Chris Ballard in 5th place while Bobby Makin occupies the top spot after pulling on the Barking shirt 569 appearances. Barking’s top scorer is Neville Fox who scored 242 goals for the Blues.

Barking start their new campaign at Mayesbrook Park in the Bostik League North on the 12th August against Waltham Abbey (3pm kick off). The admission prices for adults are £8.50, £5 for Concessions and students/unemployed (proof required) and £1 for any Primary and Secondary School children when they are accompanied by an adult.