It overlooks the fact that for first-time-buyers the problem is not just deposit costs, but low wages that make mortgage rates unaffordable. 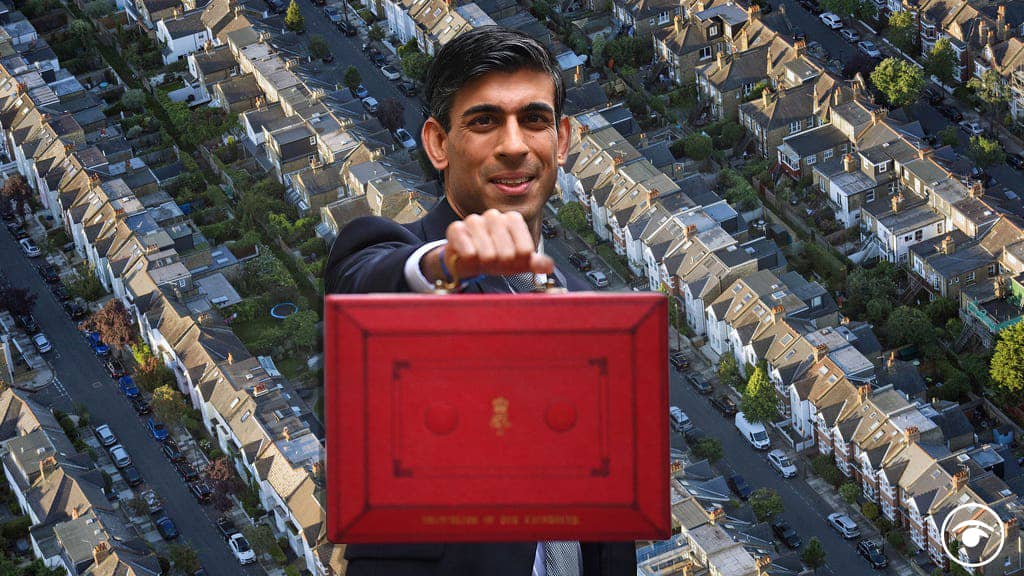 Chancellor Rishi Sunak’s impending Spring Budget is expected to include a multitude of policies designed to soften the economic blow caused by the government’s disastrous handling of the COVID crisis. Capital gains taxes are expected to rise on second home sales and non-ISAs, as are corporation taxes, which at present are some of the lowest in Europe.

Sunak will also likely extend the stamp duty holiday for property buyers and sellers. As The London Economic previously noted, artificially inflating the value of property with such schemes is a key pillar of Tory electoral success. But it has also been announced that the government will likely introduce a “new” programme, reportedly to help first-time buyers onto the housing ladder. The new plan is thought to include deposit reductions and is actually based on the Tory-Liberal coalition’s (2010-15) ongoing Help-to-Buy scheme, which was meant to a temporary measure introduced in 2013.

But experts’ preliminary analyses suggest that Sunak’s policy is likely to benefit big developers and banks, not buyers. It is also predicted that buyers could end up in negative equity when interest rates rise from their current, historically-low levels. More generally, first-time buyers are priced out of the market because their salaries are so low and they have no collateral.

Pandemic wages: Before and after

“The UK risks a situation where the housing market becomes dependant on the props of state funding and guarantee, with withdrawal politically impossible.” This statement, which could have been written today, was authored in 2014 by Legal & General’s Group Chief Executive, Nigel Wilson.

Wilson’s report notes that the UK’s housing crisis was then in its 25th year and points out that by 2007, house prices were six times higher than average earnings. Between 1971 and 2001, UK house prices rose at over twice the EU average. The problem could have been partially remedied, says the report, if wages had risen anywhere close to that increase. But between 1997 and 2010, the average income needed to buy a house rose from £20,000 to £40,000 as wages increased by half during the same period.

In 2019, the UK Collaborative Centre for Housing Evidence went against the grain and argued that “[t]he growth in house prices in the UK over the past 23 years does not appear to have been the result of inadequate supply.” The report cites the lingering “financial crisis’ impact on wages.”

So, contrary to what Sunak’s scheme implies, the currently unaffordable down payment rates are not the main obstacle to home-ownership.

The government’s handling of the pandemic—locking down late to be like “Clark Kent” changing into Superman, in PM Johnson’s words, and many other decisions—has shifted the worst impacts of the COVID-related economic crisis onto the poorest; i.e., those at whom Sunak’s scheme is supposedly aimed.

In December last year, The Guardian reported on what it called the “puzzling” robustness of UK wages during the pandemic. In January, the Office for National Statistics explained why. There had been “compensational effects” in the aggregate statistics because the profits of higher earners appear to offset the lost jobs of lower earners. Industrial and food sector workers, for instance, saw significant pay cuts, some up to 10 per cent.

A February House of Commons report on the impact of COVID on the jobs market notes that “lower earners” are disproportionately young, female, and/or from ethnic minorities. “Low paid workers are more likely to work in shut down sectors and less likely to be able to work from home.” How are such workers going to be able to take advantage of Sunak’s plan?

Haven’t we been here before?

Maybe Sunak’s scheme is not really designed for lower-income people? Experts have noted that the so-called mortgage guarantee, which reduces deposits to 5 per cent of the value of properties under £600,000, is recycled from former Tory Chancellor George Osborne’s Help-to-Buy scheme.

Help-To-Buy is described in the Legal & General report mentioned above as “exacerbating the supply-demand imbalance as more money is thrown at the market.” The current plan is a copy of the mortgage indemnity scheme. At the time, it left “median earners,” not least low earners, “unable to get on the housing ladder.”

In late-2018, the Ministry of Housing, Communities and Local Government said: “Help to Buy [HTB] was seen as having little direct effect on prices as it was a small part of any local market.” By 2015, HTB sales accounted for 4 per cent of total house sales (or 135,000 sales). Detached and semi-detached houses are typically pricier than terraced houses, yet the majority of HTB sales were in the North of England and involved the buying of detached properties and semis. The report also hints at monopoly benefits for lenders, with just two (unnamed) lenders offering more than 60 per cent of the mortgages.

A report by the Home Builders’ Federation notes that Help-to-Buy “predecessor schemes such as HomeBuy Direct, FirstBuy and NewBuy had only a couple of dozen participating builders.” Yet, under HTB, “thousands of developers, including many small builders, … signed up to sell homes.”

A Parliamentary report into the scheme concludes: “Around three-fifths of buyers who took part in the scheme did not need its support to buy a property.” It adds that “the large sums of money … could have been spent in different ways to address a wider set of housing priorities and focus more on those most in need.”

Even the BBC had to admit that property giants like Persimmon had been the biggest beneficiaries of HTB. Property expert, Henry Pryor, minced no words and was quoted as likening HTB to “the crack cocaine of the building industry …When we are weaned off it, it is going to be painful.”

Is this even necessary?

As far as the “new” (read: recycled) scheme goes, not only have deposit rates been low in the past with no benefit to first-time-buyers, Sunak’s plan is prioritising lenders.

When interest rates do inevitably go up, the first-time buyers taking advantage of the scheme could end up in negative equity, as first-time buyers did two years ago. The scheme is likely to inflate prices in the long run as demand continues to outstrip supply. Finally, the plan is more likely to help developers who already have capital and collateral. Given the high levels of COVID-related joblessness, many will only be able to afford to rent into the foreseeable future.

The problem for first-time buyers is not just deposit costs, but mainly their low wages that make mortgage rates unaffordable, insecure work that can get buyers into debt, supply that does not meet demand, and the buy-to-let culture that adds to the supply crisis.