The government’s handling of the pandemic has highlighted deep-rooted problems in the UK’s housing sector. 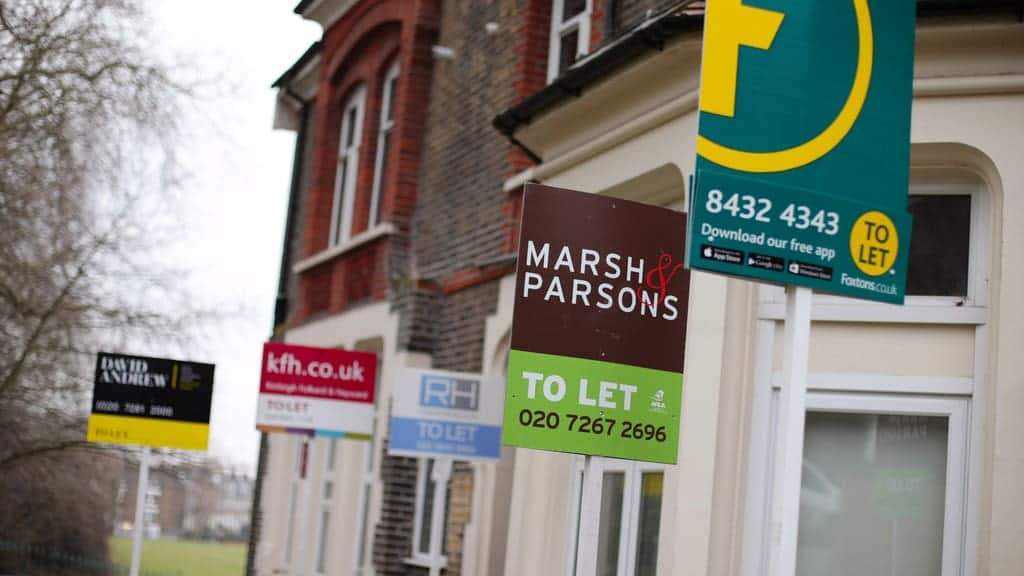 But experts warn that the economic “hibernation” necessitated by the government’s appalling handling of the pandemic is delaying the inevitable housing price decline. If value is wiped off property, Tories might lose voters. To artificially buoy the market, landlords and home owners are expanding their property portfolios by taking advantage of low interest rates, which many predict will have to rise. Chancellor Rishi Sunak’s team prevented a dip in prices by waiving purchase taxes (stamp duty) on properties under £500,000.

But how did we get into this mess?

Multiple factors contribute to Britain’s housing crisis: Government refusal to cap prices, a lack of social housing, an inability of councils in England to raise money to build social houses, and a buy-to-let culture that favours home owners and landlords. The crisis has its roots in a dogma called Right to Buy.

Contrary to the mythology, PM Margaret Thatcher did not invent the idea. Her advisors lifted the concept from “the philosophy of the new Toryism” compounded by Noel Skelton (1880-1935), whom Tory PM Harold Macmillan described as “the chief.” Councils were able to sell their housing stock to tenants as early as the 1930s. But the destruction of Britain caused by the Second World War justified Labour’s (1945-51) social housing boom. The Tories saw social units as an investment to sell at a later date.

In 1953, the Conservative Research Department produced a document entitled “The Ownership of Property,” which invoked preeminent figures from Aristotle to Disraeli to justify housing privatisation. In 1974, when in opposition, Thatcher cited the findings of the obscure Housing Research Foundation as a justification for Tory policy: to lower mortgage rates and sell council properties.

A series of Housing Acts from 1980 onwards, when the Tories were in power, meant that about one-third of ex-council tenants were able to buy their homes: in some cases 75 per cent below the market price. Thatcher’s Environment Secretary, Michael Heseltine, championed “attitudes of independence and self-reliance that are the bedrock of a free society.” By 2003, central government—not local authorities—had generated £36.8 billion in revenue from Right to Buy, yet by 2012 the policy had benefitted from a public subsidy worth £200 billion. So much for Heseltine’s “self-reliance.” As Thatcher put it: “one man’s subsidy is another man’s penalty.”

Between 1981 and 2014, 1.8 million properties (about 5 million people) in England were purchased through Right to Buy. Council-owned dwellings declined from 5.1 to 1.7 million. In the early years, sales were highest in new towns and rural areas: i.e., swing constituencies that the Tories tried to win over.   Right to Buy amounted to a bribe to prospective Tory voters. By the millennium, the scheme had “resulted in the best council properties being sold to the most affluent tenants,” in the words of a House of Commons Library paper.

Right to Buy contributed to house price inflation in the 1980s, reaching 33 per cent by 1989. The inevitable crash saw more than 12 per cent wiped off the value of the average house between 1989 and 1994. By the time that Gordon Brown was Chancellor (1997-2007), house price inflation rose to 25 per cent and nominal prices were over 120 per cent higher than their 1980s’ peak. Most of the UK’s then-£1 trillion household debt was from overpriced houses. A now-declassified Treasury paper notes that by 2003, many first-time buyers were “deposit constrained” as their incomes were “not enough to support monthly mortgage payments” and were “unable to save up a large enough down payment.” New Labour policies (1997-2010) led to “rising demand and restricted supply.”

Today, around 65 per cent of English people own a property. But the demographics are unequal:  40 per cent of people aged 45-64 and 35 per cent of over-65s own their own home (either paying a mortgage or fully owned). By comparison, less than 25 per cent of 16-44-year-olds own their homes, but among under-35s, home ownership is less than 10 per cent

Between 2005 and 2015, housing stock grew by around 167,000 net dwellings a year, yet owner-occupied properties declined by a million because home owners were buying second properties to let. Councils across England attempted to solve their housing crises by spending millions of pounds buying back properties they sold at discount rates under Right to Buy. Between 1980 and 2014, over a quarter of a million council homes (potentially housing one million people) were sold in London. Between 1998 and 2011, just 880 council houses were completed in London and over 85,000 sold.

In 2014, after a failed move by PM Cameron (2010-16) to block the legislation, the Scottish National Party voted to end Right to Buy in their country. A combination of the ban and the introduction of a Council House Building programme in 2009-10 led to what National Statistics Scotland describes as “a substantial change” in the number of social units. In 2017, the Welsh government also banned Right to Buy.

Holding onto their voters

In the 2019 general election, the historic trend of home-owning Tory voters continued, with nearly 60 per cent of outright owners voting blue. But wage deflation and market stability were already causing a slowdown in the market. A 2018 HSBC report bemoaned the fact that sales had not changed much since 2013 and that the Tory-Liberal coalition’s (2010-15) Help-to-Buy scheme fell relatively flat. The briefing note highlighted potential profits from lending to first-time buyers who could have taken advantage of anticipated falling prices: “Most UK people want to own a home: lower prices would make that aspiration more realistic.”

First-time buyers could have benefited from a COVID-related housing market crash. But this hasn’t yet happened. Pre-pandemic, the government was generating £3.1 billion a quarter from stamp duty. This shrank to £1.9 billion in the third quarter of 2020. Team Sunak’s stamp duty holiday acted as a stimulus, which according to trade papers, helped housing sales. Property price rises “have been fuelled in part by the stamp duty holiday.” Tom Bill of the estate agent Knight Frank said that extending the stamp duty could “avoid any cliff-edge moments for the housing market.”

Other trends are affecting the market. Nick Leeming of the high-end estate agent, Jackson-Stops, says: “Properties valued around the £500,000 mark are often larger and have access to green space – especially outside of cities.” Leeming added: “These types of homes are experiencing a sharp inflow in buyer interest, largely driven by the rapid adoption of remote working and shifts in work life balances”—i.e., richer people fleeing to the countryside.

The Tories tend to make big building promises that deliver mainly for private equity firms. Labour can’t afford to treat voters this way. In his speech on 18th, Labour leader Sir Keir Starmer suggested raising money for a new infrastructure project from a proposed British Recovery Bond, one that would include building social housing. Strong socialistic policies could be Labour’s path back to victory.

Related: How a new resolution could light a fire under a burgeoning co-operative sector