The Labour politician claimed the Tories ‘seem to have been focused on a strategy of extrication’ over support for businesses and jobs. 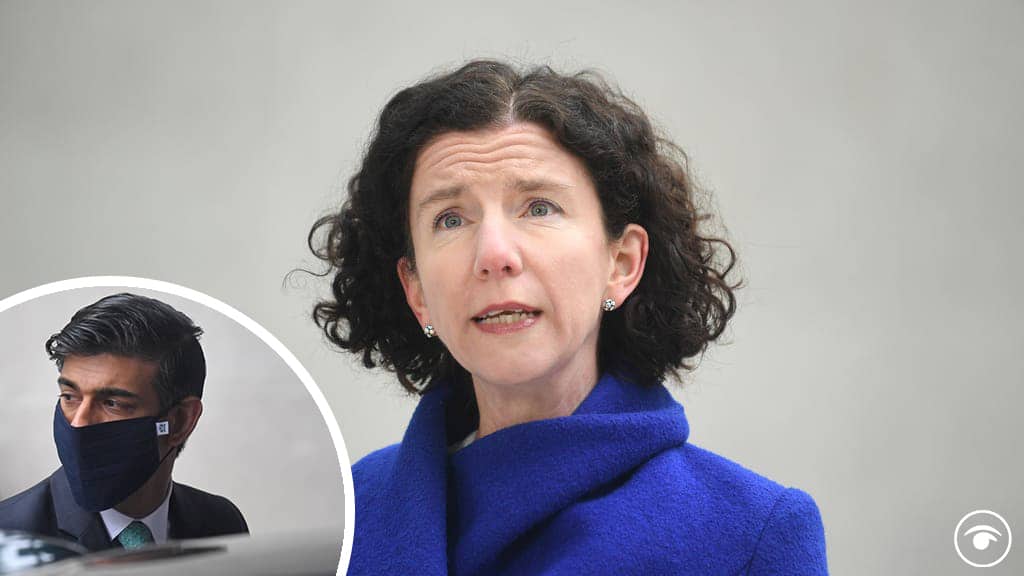 Shadow chancellor Anneliese Dodds has accused the Government of “furiously trying to manage expectations down” over its post Brexit trading arrangements for financial services.

Ahead of Rishi Sunak’s Budget on Wednesday, the Labour frontbencher said she was “particularly concerned” over the uncertainty surrounding the memorandum of understanding with the EU for the sector.

There was she added a need to see “much more ambition” from the Conservatives with “one in every 14 UK workers”, employed in financial or related professional services.

“Focussed on a strategy of extrication”

With the response to the Coronavirus pandemic expected to dominate the Chancellor’s statement to MPs, Ms Dodds claimed the Government “seem to have been focused on a strategy of extrication” over support for businesses and jobs.

The MP for Oxford East called on the Government to go “beyond the gimmicks around the challenges that young people face”, arguing the Chancellor’s flagship Kickstart Scheme aimed at helping the young unemployed “sadly is failing”.

Speaking to the PA news agency, Ms Dodds said: “Well I have to say I’m particularly concerned about those aspects of our future trading relationship with the EU which haven’t yet been battened down by Government.

Families and businesses need certainty. This Budget must deliver a plan to:

? Protect jobs and businesses while the vaccine is being rolled out.

? Secure the recovery as we emerge from the crisis.

? Lay the foundations so we can rebuild a better, more secure economy.

“They’re meant to be concluding a memorandum of understanding with the EU 27 for trading arrangements for our financial and related professional services, now okay we’ve been told we can’t have a running commentary around those arrangements, but it seems like the Conservative Government is furiously trying to manage expectations down around what such a memorandum of understanding might include.”

She added: “Now we need to see much more ambition for financial services coming from the Conservative Government. Actually one in every 14 UK workers, work in financial or related professional services, most of them outside London and yet we seem to see very little engagement from Government around that issue.”

“We also sadly don’t seem to have yet from Government that clarity about whether they’ll be ready, especially for the new changes to customs that’ll be coming through in the summer. I’ve warned for many months about the lack of customs officials and agents compared to what Government promised would be in place by now.”

Businesses Ms Dodds said had been “calling for weeks and weeks for certainty around things like the business rates holiday extension” and “clarity” over the furlough scheme.

She said: “Well unfortunately the Conservatives seem to have been focused on a strategy of extrication, they seem to have been desperate at every moment to remove themselves from existing commitments, rather than planning for the future.”

Amid reports the Chancellor is considering freezing income tax thresholds for at least three years, Ms Dodds said that on potential tax changes, Labour would “need to look at any very carefully”, adding: “Certainly when the threshold for income tax has been increased that’s had more of a positive impact on those who were better off than on those who were worse off.”

She said: “Above all we need to see a Budget that’s focused on promoting jobs and business and livelihoods, not one that’s actually hammering family finances as the Chancellor seems to be doing at the moment.”

She added: “Not protecting jobs and businesses in that way will then have a negative impact on the public finances because we’ll see less tax revenue coming in and I think Government has got the balance wrong around this, they seem to be really taking their eye off the need to get people back into work, to keep people in work, to give businesses the confidence to keep going.

“Instead they seem to be very much … focused potentially on party political issues, how quickly they could get any tax changes through, that’s not what’s needed for our economy right now.”

The Government, she said, had “done nothing about the situation with loans that particularly small businesses may have taken on”.