"I appreciate your privileged background may make it difficult to understand the impact of the sudden loss of your livelihood on working people, so I would like to invite you to learn first-hand." 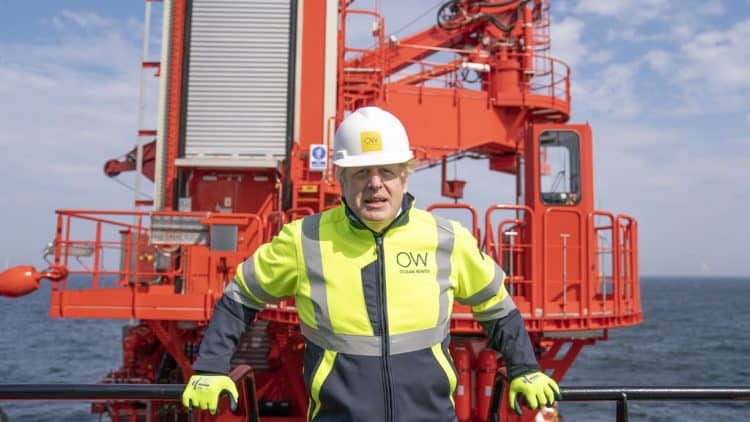 A Scottish MP has invited Boris Johnson tothe national mining museum after helaughed about pitclosures during a trip to the country.

Owen Thompson wrote to the prime minister after he claimed Margaret Thatchermade a “big early start” to tackling climate change when she closed so many mines.

Speaking to journalists, Johnson was asked whether a timetable should be set for ending oil and gas exploration.

He responded: “Look at what we’ve done already. We’ve transitioned away from coal in my lifetime. Thanks to Margaret Thatcher who closed so many coal mines [the Prime Minister then laughs] across the country where we had had a big early start and we’re now moving rapidly away from coal altogether.”

He then cracked a joke: “I thought that would get you going.”

SNP MP Owen Thompson, who represents former mining communities in Midlothian, has written to Johnson and demanded he accompany him to the National Mining Museum of Scotland.

He wants the PM to visit former miners and their families so he can “apologise in person”, saying:

“I appreciate your privileged background may make it difficult to understand the impact of the sudden loss of your livelihood on working people, so I would like to invite you to learn first-hand from ex-miners and their families.”

Read the statement in full below:

I have invited the Prime Minister to visit #Midlothian to meet former miners and their families, learn first hand of the devastation caused by the pit closures under Thatcher’s government and apologise for his crass and offensive comments. pic.twitter.com/wXCuipAUId