And there was the small issue of a massive, irretrievable data loss. 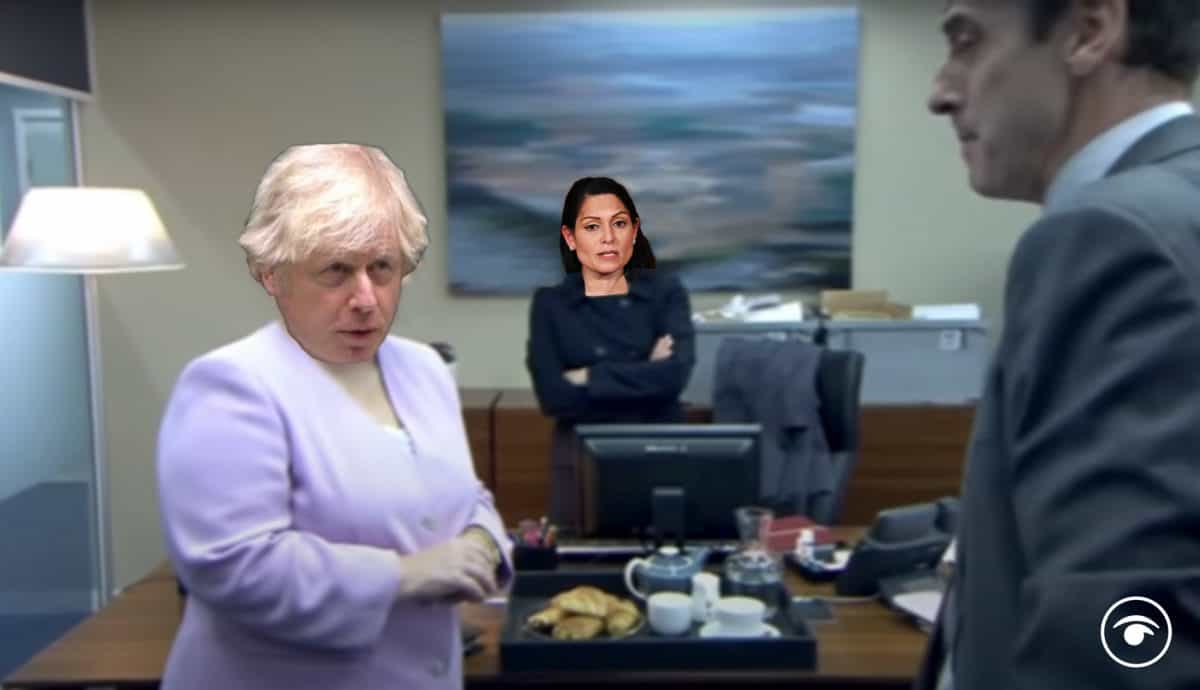 Welcome to PMQs in 2021. Boris Johnson was late, MPs’ Zoom calls were muted, phones were ringing in the background, and – to the delight of the PM – Ian Blackford simply vanished.

It was what they call an operational sh*tshow. These are the people we elected to navigate us through the treacherous waters of Brexit, to tackle a pandemic and to lead a country filled with people who sit down on Saturday nights to watch The Masked Singer.

It’s small wonder we’ve ended up with the highest coronavirus death rate on the planet.

To business. The PM refused to commit to an inquiry into Covid-19, but said there will be plenty of time to reflect and prepare before the next pandemic comes along. Brilliant.

But, despite the havoc being wrought on Britain by the virus, the main topic at PMQ’s was a massive, irretrievable loss of police records. Or not. Johnson obviously had no idea what was going.

“There’s a terrible pandemic,” he remonstrated, waving his arms at Starmer. “Why is he using up all these questions on a police computer glitch?”

Personally I find it pretty concerning. All these criminals wandering about, picking off the few of us who survive the next pandemic, or indeed this one. I thought we were being led by a party that is tough on crime?

At one point Johnson looked like he was pretending to write. But no, he was doing some maths. “I’ve just done some maths briefly in my head,” he proffered. He was, in real time, working out how many criminals have vanished. Alan Turing he is not.

The fact that he left it until now to try and work it out and still admitted, in a rare moment of honesty, that he had “no idea” what it was, was troubling and terrifying in equal measure.

Perhaps Johnson thinks the police have it too easy. Maybe he thinks by not vaccinating them, sending them into the line of fire to stop anti-vaxxers storming the Commons, and deleting those hard-won records, he’ll give them a kicking that they sorely need. Johnson reckons that they’ve been sleeping on the job – although, that would probably please Johnson, who apparently enjoys a midday kip himself.

Priti Patel may lose her job – but not for bullying, unauthorised meetings with Israeli officials, trying to send migrants to an island in the middle of the Atlantic – for disagreeing with her supreme leader.

Starmer told the PM that Priti Patel said the borders should have been closed in March 2020, so “why did the Prime Minister overrule the Home Secretary?” Oh dear Priti.

If the PM plans to kill Patel, now is the time to do it as it won’t make it on the police records.

Surely the only Tories who can win from this data loss are Jeffery Archer and Jonathan Aitken.

Never one to set expectations low, Johnson tempted fate for the second year in a row, predicting “a quite phenomenal year ahead” for Britain. He even called the post-Brexit fishing opportunities an “El Dorado”.

Was he referring to the failed soap opera or the City of Gold which, no matter how hard explorers looked, didn’t exist. Both a perfect metaphor for Brexit.

This is hopefully a one off section, but the winner goes to swivel-eyed loon Desmond Swayne…