Sir Keir Starmer - a prosecutor, of course - dared to ask Don John if he would be happy for his kids to live on free school meal parcels. To be fair they could be for all he knows. He has had plenty of of goomahs during his reign of terror. 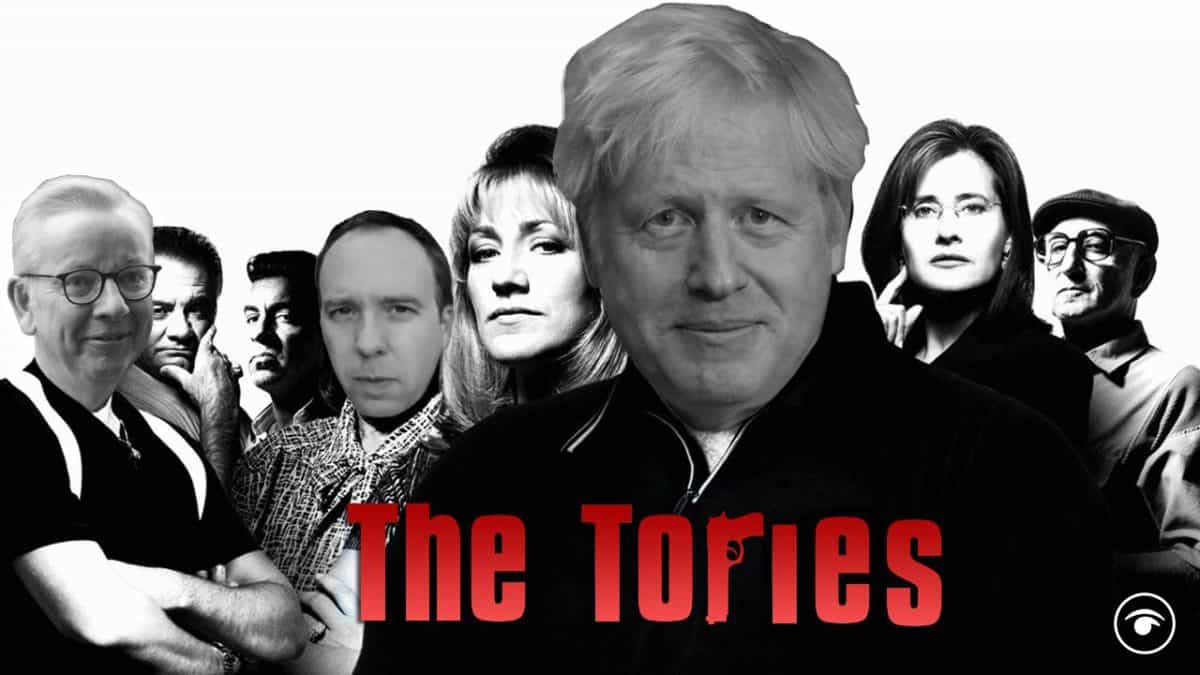 Today a shady group of men who have been extracting money from the state to give to their associates are in trouble.

But enough about Boris Johnson’s Cabinet – I’m talking about the 355 suspected mafia mobsters from the fearsome Calabrian ‘Ndrangheta on trial in Italy, of course, although the Tories have roughly the same number in their ranks – 365 MPs… just saying.

As the Covid crisis deepens Boris Johnson AKA Don John is in control of the drug trade. Arguably the mafia deliver their drugs more effectively and on time, to the right users, but that is by the by.

Like any mafia boss, Don John has only made it to the top by wiping out competition, even close associates. Michael Gove should be wearing concrete wellies after making moves against him. He could soon be sleeping with the tariff-laden fishes.

Today his soldiers were in line, saying the right things, praising the boss and his dastardly schemes. Jacob Young and Rush Edwards both praised the new tax avoiding freeports.

After all, the Cosa Nostra have always controlled the ports for their shady dealings. There will be plenty of no show jobs for the boys in these new tax havens.

Even the chamber looked like it was part of a mass mob kidnapping – they were all gagged today, wearing masks. Muzzling rabid Tory backbenchers isn’t such a bad idea going forwards, post-pandemic.

The Labour leader, Sir Keir Starmer – a prosecutor, of course – dared to ask Don John if he would be happy for his kids to live on free school meal parcels. To be fair they could be for all he knows. He has had plenty of goomahs during his reign of terror.

Don John did admit that images of free school meal packages shared on social media were “disgraceful”. However, they bore striking similarities with the packages described and encouraged by his own Government’s guidance.

It’s not ever just fake news from the PM it’s fugazi.

Why should he care? The Don keeps the local population hungry, leaving them begging the clan for members support. Your protection racket money is never enough and will be going up soon post-Covid – to cover the billions siphoned off to willing party benefactors.

If you don’t pay up the enforcer Patel will dish put the punishment, and it won’t be fair. This mob does go after the families.

But one thing Don John can’t ever control is education and free thinking minds. They have tried to infiltrate the unions and when they fail they have no problem bashing them to get them to work.

But the pen is mightier than the sword, and will always win out. The schools won’t succumb to mob rule, unlike the US Capitol.

After today’s session as Don John breaks bread with his acolytes, food parcels are delivered across the country with slim pickings.

But due to the social media and Marcus Rashford’s Untouchables the law of omerta and centuries long strangle hold doesn’t hold sway in this town anymore.