It wasn’t immediately clear what the president wrote, but several people were eager to guess. 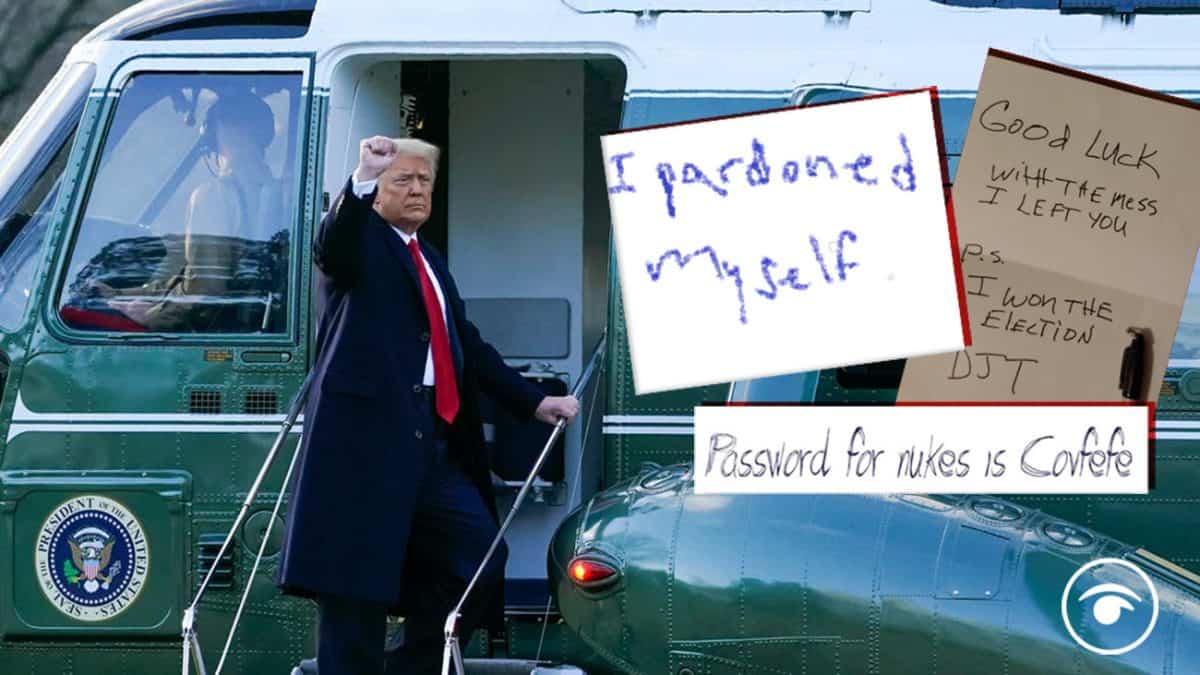 Despite declining to call his successor before departing from the White House or give him the traditional tour of the West Wing, the outgoing president did leave a letter, with Melania Trump also writing to incoming First Lady Jill Biden, according to CNN reports.

It wasn’t immediately clear what the president wrote to Mr Biden, who was preparing for his swearing in ceremony on the footsteps of the US Capitol as news broke about the letter.

Earlier on Trump spoke to reporters before heading to Marine One, rotors whirring, on South Lawn, saying:

“We love the American people, and again, it has been something very special. And I just want to say goodbye but hopefully it’s not a long term goodbye. We’ll see each other again.”

Twitter was quick to react to the news of the note as speculation circulated about what might be in it. Here’s a few early guesses: