Oliver Dowden resigned as chairman of the Conservative Party after it suffered two by-election defeats, saying in a letter to Prime Minister Boris Johnson that “someone must take responsibility”. 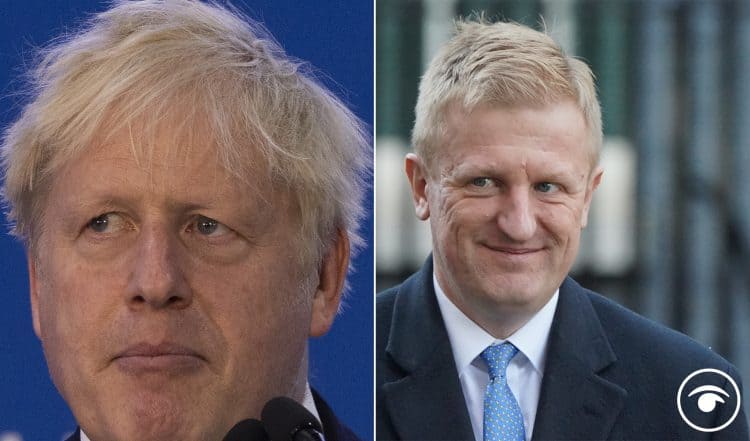 Oliver Dowden has resigned as chairman of the Conservative Party after it suffered two by-election defeats, saying in a letter to Prime Minister Boris Johnson that “someone must take responsibility”.

In Tiverton and Honiton the Liberal Democrats overturned a 24,000 Tory majority to win, while Labour reclaimed Wakefield.

The contests, triggered by the resignation of disgraced Tories, offered voters the chance to give their verdict on the Prime Minister just weeks after 41% of his own MPs cast their ballots against him.

Mr Dowden, who was due to appear on the morning media round for the Government on Friday, said in his letter to the PM the by-elections “are the latest in a run of very poor results for our party”.

“Our supporters are distressed and disappointed by recent events, and I share their feelings.

“We cannot carry on with business as usual. Somebody must take responsibility and I have concluded that, in these circumstances, it would not be right for me to remain in office.”

Here is his resignation letter in full.

On 6 June, Dowden tweeted: “I will be voting for Boris Johnson in the confidence vote tonight. He’s demonstrated real leadership in getting the big calls right as PM – Brexit, vaccines, reopening and Ukraine.

“I hope after this vote we can come together and focus on the future. Let’s face the big challenges united and tied on delivery.”