"After the Tories lose two by-elections while Boris Johnson is in Rwanda, backbenchers ask Priti Patel to cancel his return ticket." 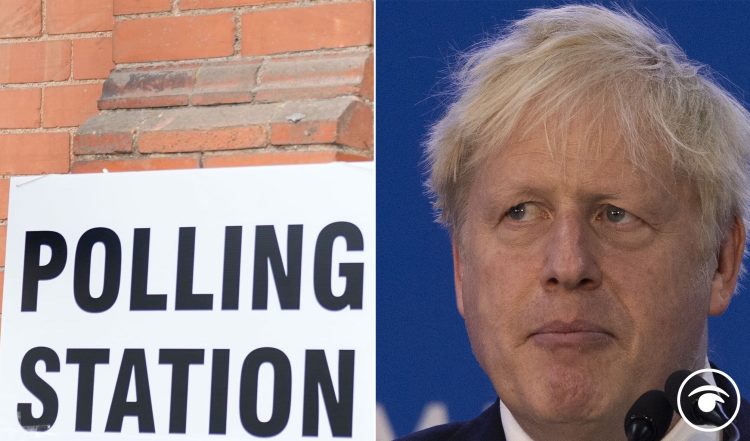 Boris Johnson has said he will “keep going” after his authority was dealt a series of blows by a double by-election defeat which triggered the resignation of a Cabinet minister.

He is clinging on but #ByeByeBoris is trending on social media.

The Prime Minister acknowledged on Friday that losing the former Tory stronghold of Tiverton and Honiton to the Liberal Democrats and surrendering Wakefield to Labour was “tough”.

Oliver Dowden did fall on his sword, telling Boris Johnson: “Our supporters are distressed and disappointed by recent events, and I share their feelings”.

But, speaking 4,000 miles away in Rwanda, where he is at a Commonwealth summit, Mr Johnson vowed to “listen” to voters after the dramatic swing away from the Tories in the Devonshire constituency.

Speaking to broadcasters, Mr Johnson said he would take responsibility, but insisted the cost-of-living crisis was the most important issue for voters and it is “true that, in mid-term, governments post-war lose by-elections”.

“It’s absolutely true we’ve had some tough by-election results. They’ve been, I think, a reflection of a lot of things, but we’ve got to recognise voters are going through a tough time at the moment,” he said at the conference centre in Kigali.

“I think as a Government I’ve got to listen to what people are saying – in particular to the difficulties people are facing over the cost of living, which I think for most people is the number one issue.

“We’ve got to recognise there is more we’ve got to do and we certainly will; we will keep going, addressing the concerns of people until we get through this patch.”

Here are some of the best reactions to the PM’s current position: