Makes you feel proud to be British, doesn't it? 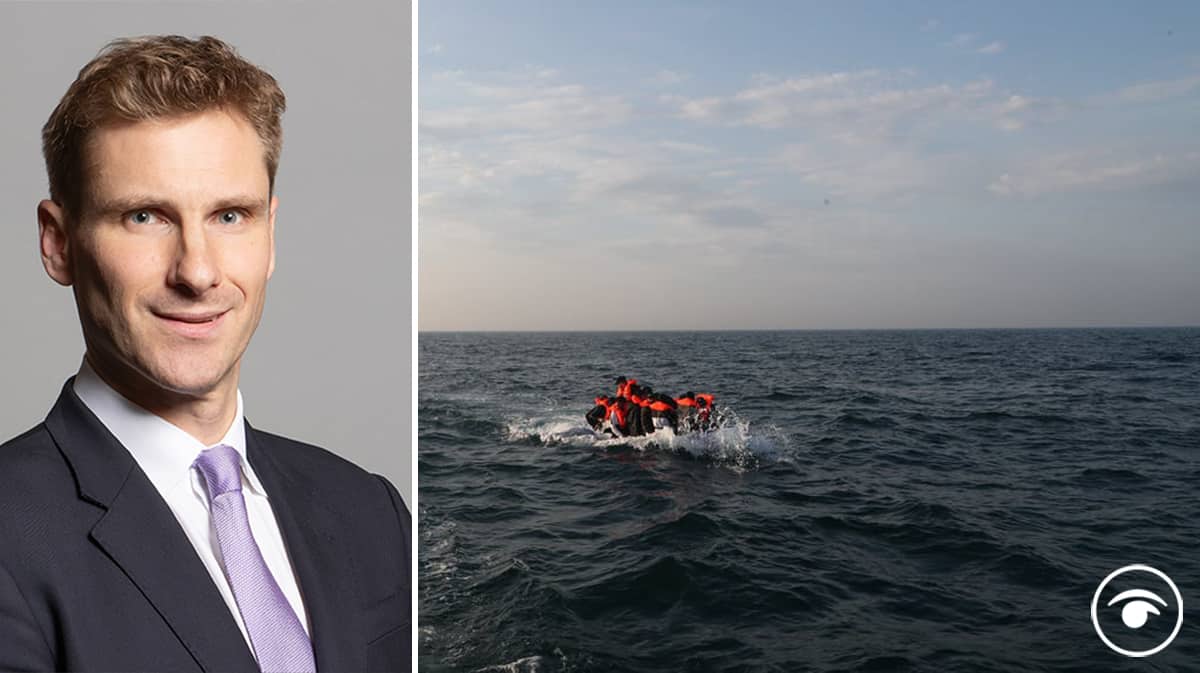 Immigration minister Chris Philp has outlined a new law that will effectively ban migrants from making UK asylum claims when intercepted at sea by Border Force vessels after Brexit.

Setting out reforms to the UK’s “broken” asylum system the Tory MP outlined laws which will replace the Dublin regulation agreement with the EU, where claims can be rejected on the grounds that migrants should apply for asylum in the first EU country they reach.

It comes as 40 migrants who had made the Channel crossing had to be taken off deportation flights after lawyers challenged their removal on human rights grounds, claiming that they were victims of modern slavery.

Prosecutors also dropped criminal charges against 69 Albanians arrested after being discovered hiding in a fishing trawler off the Essex coast because they were apprehended at sea.

Home Office officials charged the migrants with entering the UK illegally even though the boat had not reached land before being intercepted on November 18.

Because the migrants were caught before they set foot in Britain, the prosecution could not continue, it emerged yesterday.

But after Brexit that will change as part of a raft of new legislation dealing with asylum seekers.

Earlier this month Philp said turning migrant boats in the Channel back to France could be a “critical component” in tackling the surge in crossings to the UK.

Asked to confirm that no agreement had been reached with France for its authorities to intercept migrant boats and turn them back to prevent them travelling to the UK, he said: “That is currently correct.

“The French operational posture on the water is that they don’t forcibly intercept migrant boats.

“They will rescue them if they start sinking and if the migrants request assistance but they do not currently forcibly intercept migrant boats while in French waters.

“That is something which we have been discussing and will no doubt continue to discuss it with the French, but as of today your assessment is correct.”

He said interceptions at sea “could be a critical component of completely stopping this route” but that it was also important to have action on land and return those who successfully make the trip, adding: “Turning people around at sea has a critical role to play as well.”

The UK Government believes there is “lawful basis for that kind of activity”, he said.

Previously, ministers have said their French counterparts believe this would break maritime law.

Mr Philp said the matter had been raised with the French government, adding that “on land” its authorities had “stepped up enormously in the last few months and interceptions on beaches”, most recently intercepting around 200 people in one day.

Dan O’Mahoney, the Home Office’s Clandestine Channel Threat Commander, told the committee they had been “negotiating very hard with the French”.

The number of crossings had “reduced” in the last two months, Mr Philp said, suggesting this could be down to a change in the weather as well as the fresh preventative measures being taken.

Particularly the number of migrants crossing on “red” days in November – when the weather is calm, making crossings easy to embark upon – had dropped by 65 per cent compared with September, he added, branding this a “very significant step forward”.