With sports fans longing to return to match day rituals, chefs Lee Tiernan and Will Lewis have collaborated with TABASCO® on a new ‘Match Day Special’ pie kit, available for nationwide delivery. 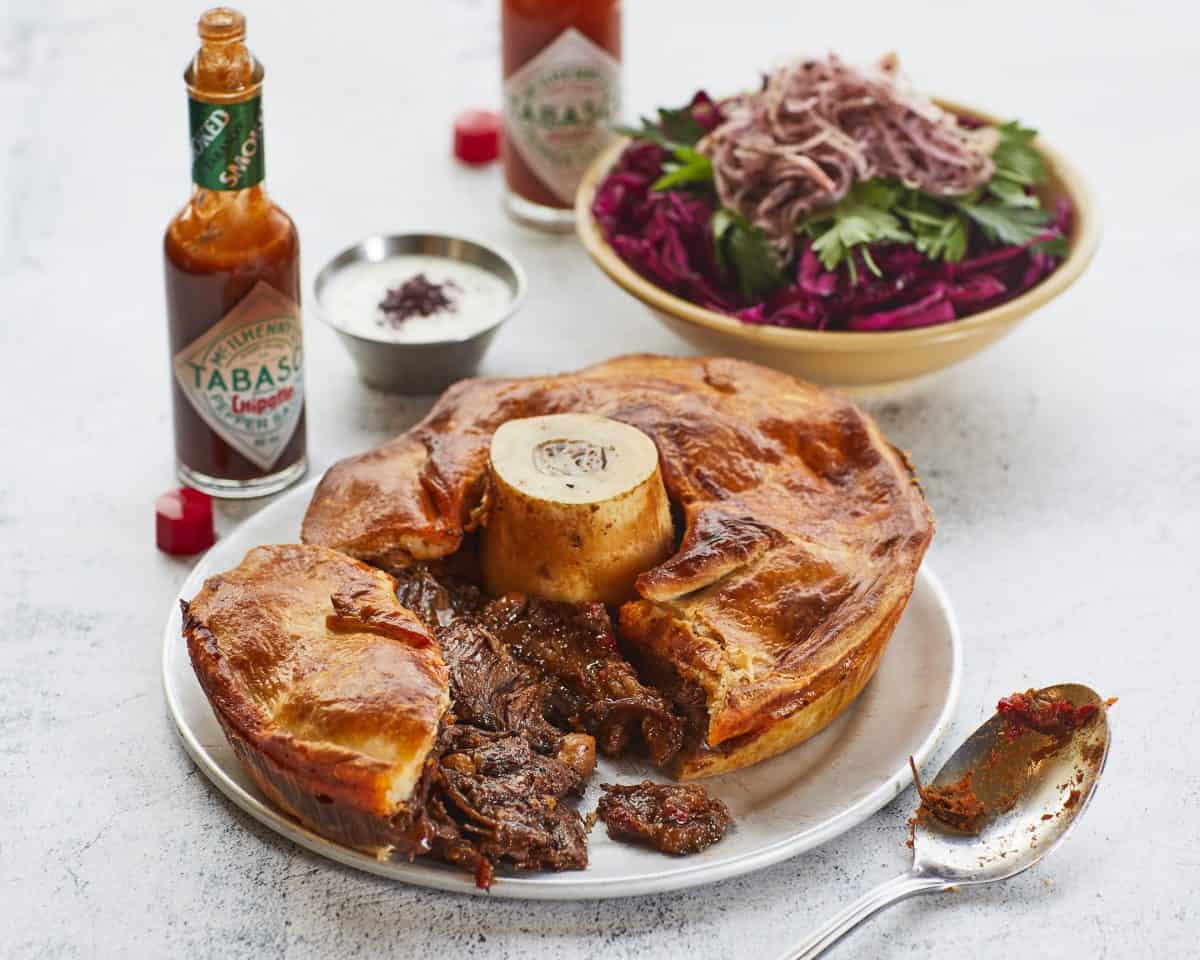 Chef Lee Tiernan from Black Axe Mangal, one of London’s best restaurants, and Chef Will Lewis,  founder of Willy’s Pies, have teamed up with TABASCO® Brand to launch a fresh take on the classic ‘half-time pie’. While football has returned, stadiums are allowing limited numbers of fans to attend games, so the new Match Day Special is designed to be enjoyed at home, available for nationwide delivery as part of a “kick-off inspired kit”.

With the first batch of pies having sold out in under five minutes on the Willy’s Pies website, and under 10 minutes from Big Night, the next batch will go on sale at 9am on Monday 14th December, followed by a final drop at 9am on Monday 11th January.

A twist on Black Axe Mangal’s classic the Bakken Special, the pies are filled with smoked ox cheeks from HG Walter, braised peppers, chickpeas, and onions, bound together with TABASCO® Chipotle Sauce and finished with spices, and a bone marrow centre all encased in a signature Willy’s Pies suet crust. Each kit will also come with a side of TABASCO® Sauce spiced pickled red cabbage and sumac onions, and a pot of yoghurt. With Black Axe Mangal in hibernation since the first nationwide lockdown, the pie kits offer a rare opportunity for fans to get their ‘BAM’ fix. Kits also include a bespoke football scarf.

The pie launch follows a nationwide survey by TABASCO® Brand to discover what sports fans across the UK have been missing most about live sports while they have been locked out of stadiums for much of 2020. The research revealed it’s not just live sports or the places we watch them that we’re missing, but 70 per cent of fans are longing to get back to their match day rituals. 31 per cent of those polled said they couldn’t wait to have a pre-kick-off pint with friends, while 16 per cent feel nostalgic about queuing for a pie at half-time. A further 27 per cent of Brits miss tucking into a pie or burger at the stadium on match day.

All pie deliveries from both Willy’s Pies and Big Night will take place on the Thursday of the week customers order (17th December and 14th January). Pie kits will be sold at an RRP of £9.99, with free nationwide delivery. £1 from each sale will be donated to Hospitality Action, an organisation offering vital assistance to all who work, or have worked, in the hospitality industry.