The former PM says a no-deal Brexit would be a national act of self-harm for which the country is ill-prepared. 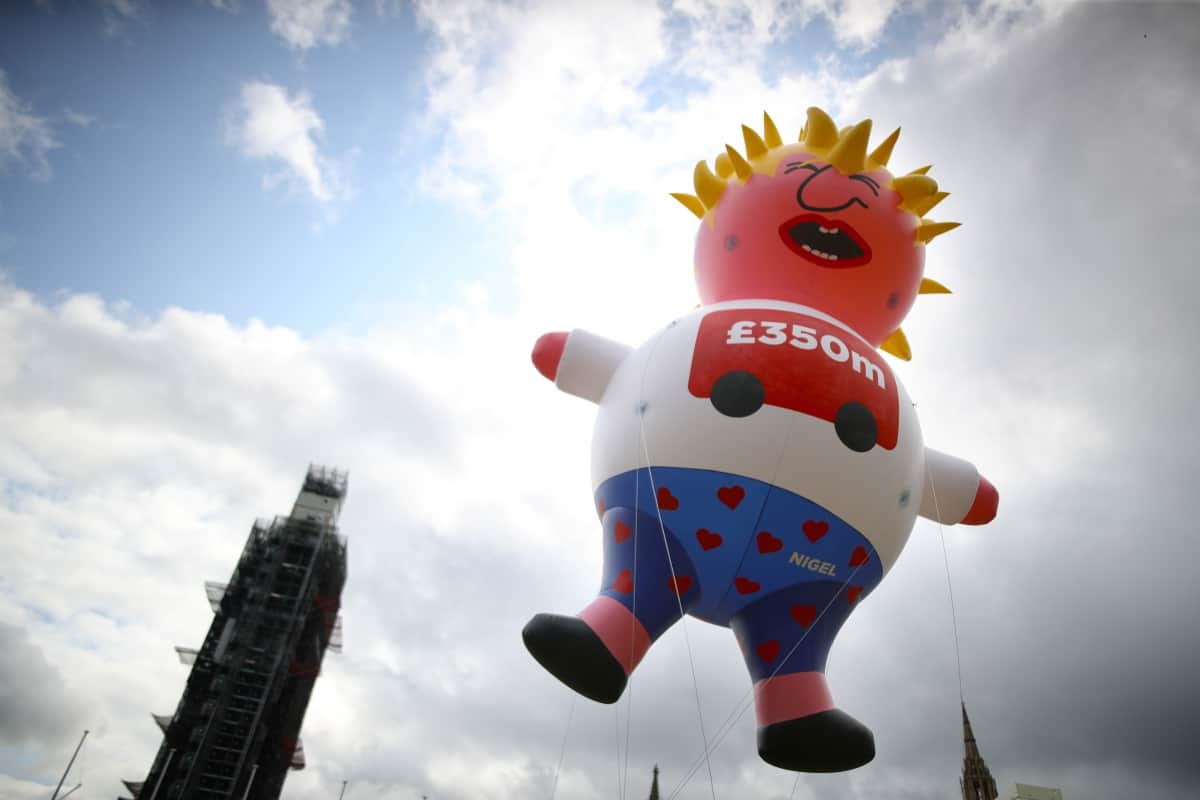 Gordon Brown has accused Boris Johnson of preparing to push the British economy “off a cliff” with his determination to deliver Brexit by the end of October, “do or die”.

Ahead of Mr Johnson’s expected election on Tuesday as Tory leader, the former prime minister said a no-deal break with the EU would be a “self-inflicted wound” comparable in military terms to the Charge of the Light Brigade.

In a speech to the Hope Not Hate campaign in London, Mr Brown warned the Brexiteers were in danger of descending into a brand of “paranoid nationalism” which risked breaking up the United Kingdom.

Despite being chosen by an electorate smaller than that which voted for Ed Balls on Strictly Come Dancing, Mr Brown said the Tory leadership favourite was heading for a “chaotic, damaging and dangerous” no-deal break.

“The message to Boris Johnson is plain and urgent: Don’t push Britain off a cliff on October 31,” he said.

“If no-deal goes ahead on Thursday October 31, 24 hours later – on what Brexiteers will call ‘freedom Friday’, but others ‘black Friday’ – there will almost certainly be hold-ups at Dover; by Saturday, pile-ups on our motorways; by Sunday, food prices will be going up – a 10% rise is the latest estimate – and by Monday, the pound – already sharply down on its pre-Brexit value – will be under pressure.

“By Tuesday, medical drugs from mainland Europe will be less accessible, and a week after Brexit, companies will be complaining that vital stocks and components are not reaching them, and that is likely to put their workers on short-time.”

Mr Brown said that polling by Hope Not Hate suggested that three million voters who backed Leave in the 2106 referendum now opposed a no-deal Brexit.

However, he said that the Brexiteers, driven by “blind faith, dogma and emotion” showed little consideration for the consequences of what they were proposing.

“When future historians look back, they will be shocked to discover how such an act of economic self-harm that runs wholly counter to the national interest could ever be portrayed by Nigel Farage and Boris Johnson as the height of patriotism, and criticism from any quarter be dismissed as a betrayal of Britain and all we stand for,” he said.

“British history includes self-inflicted wounds – military disasters such as the Charge of the Light Brigade and the fiasco of Gallipoli – but no peacetime act of self-harm can rival a no-deal Brexit for which we are so woefully unprepared.

“Brexiteers may be trying to reinvent a ‘Britain alone’ Dunkirk spirit, the Britain of indomitable fortitude, but all too easily this hijacking of patriotism descends into an inward-looking, intolerant and adversarial brand of paranoid nationalism hell-bent on blaming all who disagree.”