Mr Coveney maintained the backstop can be avoided by negotiation, but that it needs to be part of the Withdrawal Agreement. 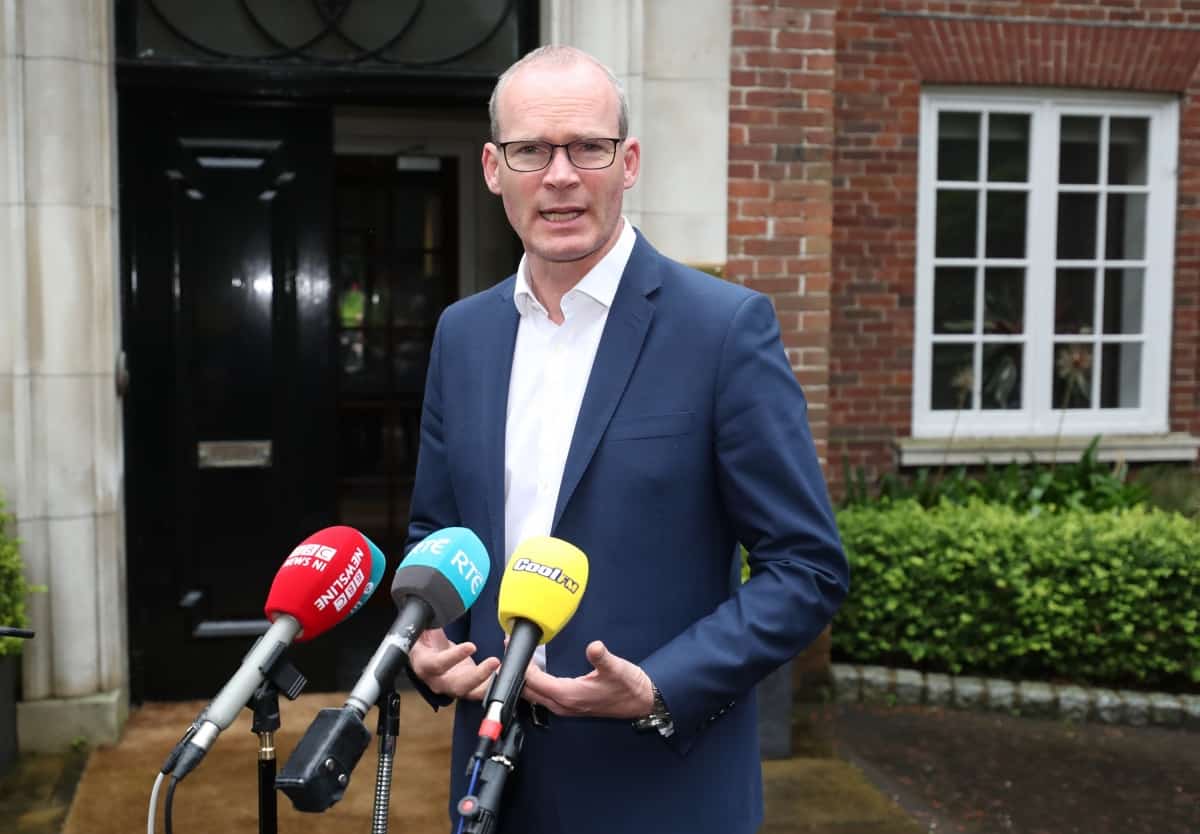 Everyone in the EU is in trouble if the new British prime minister wants to tear up the Withdrawal Agreement, Ireland’s deputy premier has warned.

Simon Coveney said that if a no-deal outcome would be a British choice, not an Irish or an EU choice, then the future relationship with the EU could be changed.

He also reiterated that Ireland would have to carry out checks in the event of a no-deal Brexit, but those checks would not be at the border between Northern Ireland and the Republic.

“If the approach of the new British prime minister is that they’re going to tear up the Withdrawal Agreement, then I think we’re in trouble, we’re all in trouble, quite frankly, because it’s a little bit like saying: ‘Either give me what I want or I’m going to burn the house down for everybody’,” Mr Coveney told the BBC’s Andrew Marr on Sunday.

He added: “The EU has made it very clear that we want to engage with a new British prime minister, we want to avoid a no-deal Brexit.”

Mr Coveney maintained the backstop can be avoided by negotiation, but that it needs to be part of the Withdrawal Agreement.

“The idea that we can consider moving away from something that took two-and-a-half years to negotiate given all of that complexity and compromise on both sides to try and accommodate British redlines, don’t forget, not EU redlines, we’re simply not going to move away from the Withdrawal Agreement,” he said.

The Cork politician refuted that a no-deal was where the situation was headed.

“We all want to avoid a no-deal Brexit….we want to try to resolve these issues but we won’t do it on the basis of being told what will happen.”

Mr Coveney reiterated that checks would have to be carried out on the island of Ireland in the event of a no-deal Brexit, but he said those checks would not be at the border.

“We have to protect relationships and peace on the island of Ireland, and we are not going to create a security risk by putting a border in place on the border, but we also have to make sure that there are verification mechanisms to ensure what the EU knows what is coming into its single market,” he said.

He added: “There will need to be checks somewhere. We are working out with the European Commission how that will work.”

But he said such a scenario would “fundamentally disrupt” the all-island economy.

Writing in the London edition of The Sunday Times, Mr Coveney warned that a no-deal Brexit would “devastate” Northern Ireland’s economy.

“If Britain decides to leave without a deal it would cause huge damage to us all,” Mr Coveney wrote.

Northern Ireland would be the hardest hit in such a scenario, he added.

“A no-deal Brexit will devastate the Northern Irish economy with tariffs and rules that will fundamentally disrupt the all-island economy upon which so much progress has been built.”