Motorist David Haughton, 75, has been jailed for eight months for driving the wrong way down the M6 at nearly twice the drink drive limit 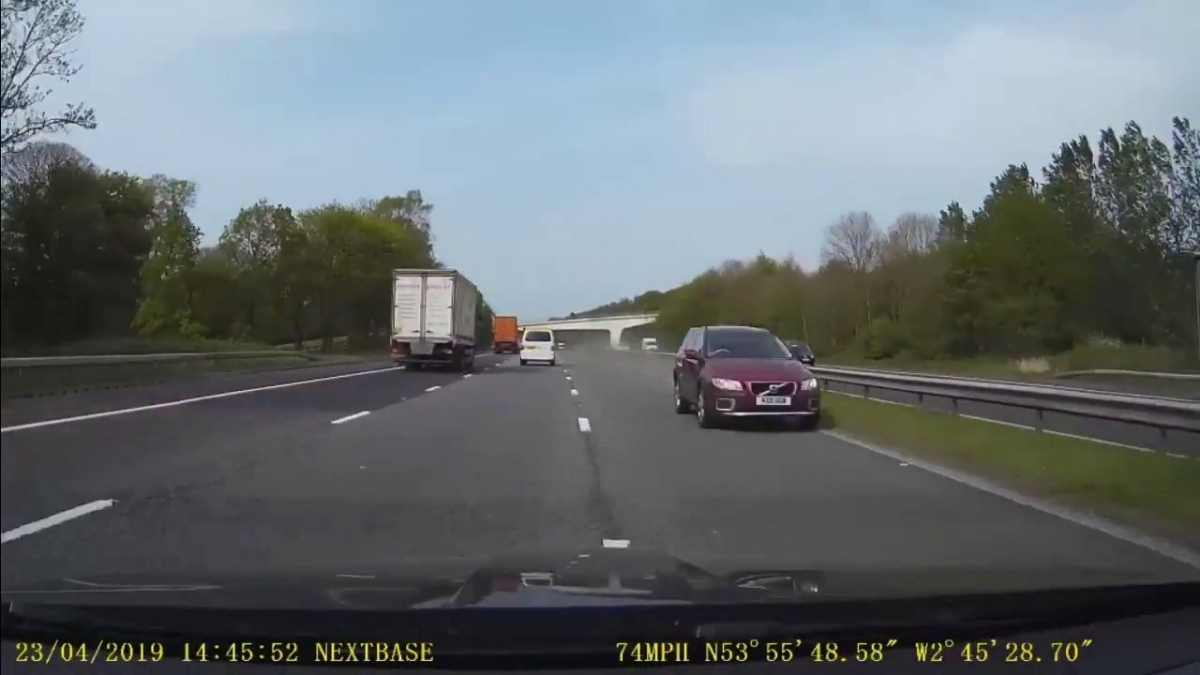 This shocking dashcam footage shows a drink driving pensioner going the wrong way down a motorway.

The video shows motorist David Haughton, 75, travelling on the M6 near Lancaster, Lancs, on April 23 this year.

Police say he was initially going in the right direction before turning his Volvo around and driving towards oncoming traffic.

A clip captured by another road user shows them having to swerve at the last second in order to avoid a horrifying collision.

Lancashire Police were called and officers found Haughton parked next to the central reservation.

The pensioner, from Bolton, Greater Mancs, was breath tested and found to be over twice the drink driving limit.

He is currently serving an eight month jail sentence and a two year driving ban.

A police spokesman said: “The potential consequences of his actions could have easily been fatal.”