Minneapolis was already on edge and midway through the trial of the first of four police officers over George Floyd’s death. 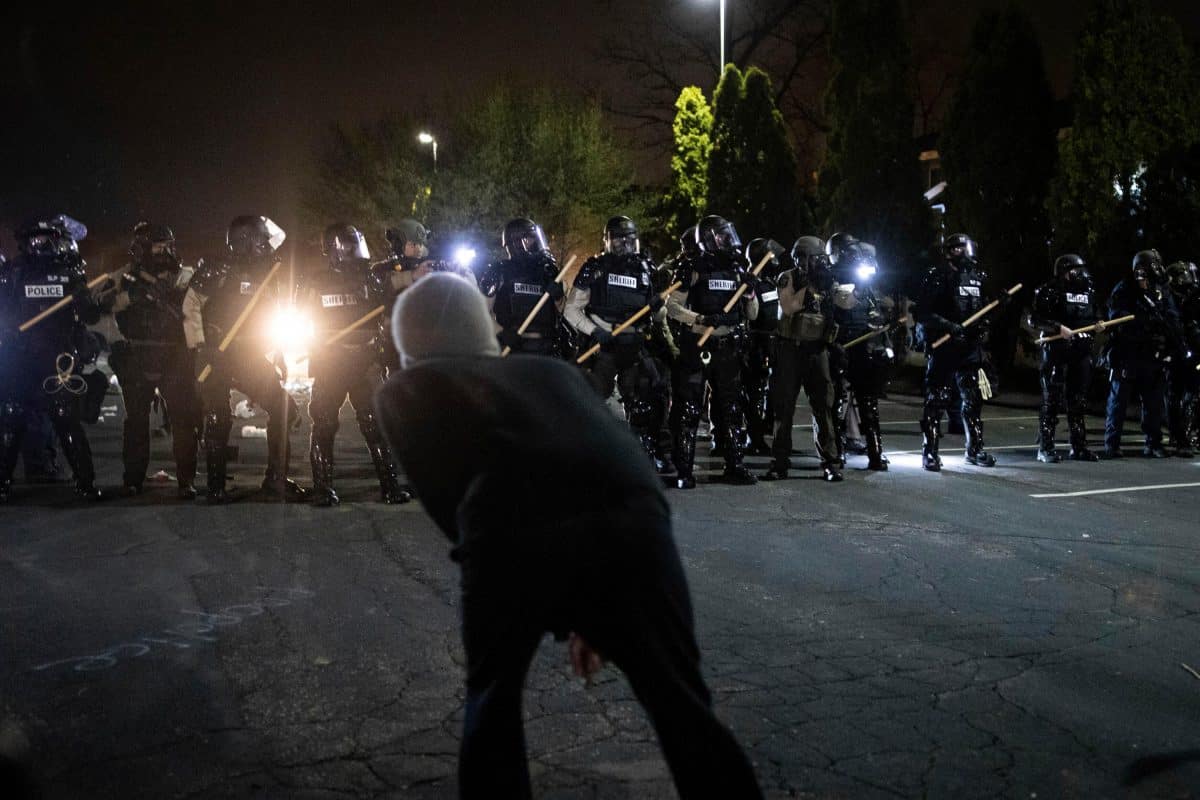 Crowds of protesters have gathered in a Minnesota city where the family of a 20-year-old man say he was shot by police before getting back into his car and driving away, then crashing several streets away.

The family of Daunte Wright said he was later pronounced dead. The death sparked protests in Brooklyn Centre into the early hours of Monday morning as Minneapolis was already on edge and midway through the trial of the first of four police officers over George Floyd’s death.

Brooklyn Centre is a city of about 30,000 people located on the north-west border of Minneapolis.

Minnesota governor Tim Walz tweeted that he was praying for Mr Wright’s family “as our state mourns another life of a Black man taken by law enforcement”.

Police did not immediately identify Mr Wright or disclose his race, but some protesters who gathered near the scene waved flags and signs reading Black Lives Matter. Others walked peacefully with their hands held up.

On one street, written in multi-coloured chalk were the words: “Justice for Daunte Wright.

Brooklyn Centre police said in a statement that officers had stopped an individual shortly before 2pm on Sunday.

A female passenger sustained non-life-threatening injuries during the crash. Katie Wright, Mr Wright’s mother, huddled with loved ones near the scene and pleaded for her son’s body to be removed from the street, the Star Tribune reported.

She said her son had called her when he was getting pulled over, and she heard scuffling before the call ended.

When she called back, she said his girlfriend told her Mr Wright had been shot.

Carolyn Hanson lives near the crash scene and told the newspaper that she saw officers pull the man out of the car and perform CPR.  Ms Hanson said a passenger who got out was covered in blood.

Demonstrators gathered shortly after the shooting and crash, with some jumping on top of police cars and confronting officers.

Marchers also descended upon the Brooklyn Centre police department building where rocks and other objects were thrown at officers, Minnesota Department of Public Safety commissioner John Harrington said at a news conference.

The protesters had largely dispersed by 1.15am on Monday, he said. Mr Harrington added that about 20 businesses had been broken into at the city’s Shingle Creek shopping centre.

He said law enforcement agencies were co-ordinating to tame the unrest, and the National Guard was activated.

Brooklyn Centre mayor Mike Elliott announced a curfew in the city until 6am on Monday. In a tweet, he said: “We want to make sure everyone is safe. Please be safe and please go home.”

The trial of Derek Chauvin, the former Minneapolis officer charged over George Floyd’s death, was scheduled to continue on Monday.