The Duke of Sussex flew in from Los Angeles and was whisked to Kensington Palace. 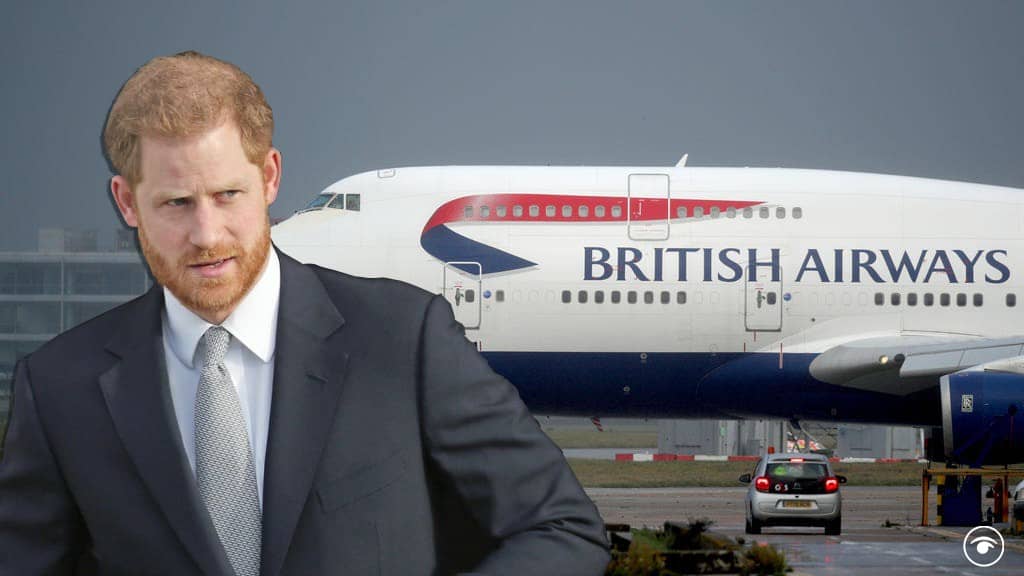 The Duke of Sussex has returned to the UK for the Duke of Edinburgh’s funeral, it has been reported.

The Sun said Harry, wearing a black face mask, landed at Heathrow on a British Airways flight from Los Angeles on Sunday afternoon.

It was believed he was whisked to Kensington Palace, where he could be spending his quarantine in his former home, Nottingham Cottage, the newspaper said.

Harry is entitled to attend his grandfather’s funeral due to a provision in the law that allows mourners to leave quarantine on “compassionate” grounds.

The Duchess of Sussex, who is heavily pregnant with her second child and previously suffered a miscarriage, has remained in California after being advised against flying.

It is the first time the 36-year-old duke has been in the UK since last March, when he stepped down as a senior working royal for a new life of personal and financial freedom in the US.

His trip in honour of Philip, who died on Friday at the age of 99, comes just weeks after Harry and Meghan’s explosive interview with Oprah Winfrey, in which they accused the royal family of racism and the institution of failing to support the suicidal duchess.

It is understood Harry will be following all procedures to ensure he complies with Covid-19 regulations.

As Philip’s funeral is due to take place on Saturday, Harry will not have time to complete the full 10-day quarantine period.

The rules, however, do allow a person to temporarily leave their place of quarantine on compassionate grounds – which includes funerals.

Harry will have had to return a negative coronavirus test result in the three days before he travelled, and will have completed a passenger locator form with details of where he will be spending his quarantine.

He will also have had to book a travel test package, which involves two tests – one to be taken on or before the second day of his quarantine, and the second on or after his eighth day of quarantine.

Harry could also participate in the “Test to Release” scheme.

Under the scheme, if he pays for a private test from an approved supplier five days into quarantine, he may be free to leave if the result is negative.

If Harry was to break the quarantine rules, he would risk a penalty of up to £10,000, and if he fails to take the tests on day two and day eight, he could be fined a maximum of £2,000.

Some commentators have suggested the funeral could allow Harry to spend some quality time with his brother, the Duke of Cambridge, in a bid to heal their rift.

But as they are from different households, they will still have to maintain social distancing of two metres.

A Buckingham Palace spokesman said previously that the royal family would be following coronavirus rules throughout the funeral.

Mourners are also advised to be respectful of those who are clinically vulnerable to Covid-19 and “avoid close contact at any point” – potentially limiting Harry’s time with his 94-year-old grandmother, the Queen.